Savvy collecting is all about spotting value. So what do the most successful card collectors know, or suspect, that allows them to reap massive returns?

One factor they consider is real-world events.

A card’s appearance and rarity are important. But just as important, if not more so, is the real-world events surrounding that specific card and the player on the card.

History tells us that card collecting is vulnerable (for better or worse) to larger events. Let’s take a look at the real-world factors that can impact the value of your cards. We’ll also include real-world examples to substantiate each point.

Each sports card contains at least one player. Even novice collectors know that a Tom Brady rookie card is more valuable than a Ryan Leaf rookie card.

But just how valuable is an NFL MVP trophy, Vezina Trophy, Ballon d’Or, or all-time statistical record in terms of a card’s value?

Hot Investments: 4 Rookie Cards That Could Double Your Money in 2021

There’s no one-to-one calculation, obviously. Tom Brady’s regular season and Super Bowl MVP trophies don’t add a fixed amount—say, $10,000—to his cards’ sale prices. It’s not that simple. But rest assured that each of those awards does add value to Tom Brady’s cards.

Individual accolades can catapult a player’s trading card values because:

Do you think that Giannis Antetokounmpo’s rookie card could sell for millions of dollars if he weren’t a multi-time MVP? Would his cards fetch these astronomical prices if he was just a freakish athlete with no tangible accolades to speak of?

You know the answer to that question.

The Hall of Fame is the ultimate individual accomplishment. Though there are tiers within each sport’s respective Halls of Fame (Mickey Mantle versus Candy Cummings?), the Hall of Fame stamp is significant for collecting purposes.

Investment Advice: When and Where to Sell Your Sports Cards

PSA cites the case of Johnny Robinson, a prominent player in the now-defunct AFL. Robinson’s card values roughly doubled after his induction into the Pro Football Hall of Fame in 2019.

Keep in mind that the Hall of Fame factor gets priced into card values once it’s clear that the player is Hall of Fame-bound. A seller of a Brady rookie card today will price the item knowing that Brady is a Master Lock for the Pro Football Hall of Fame.

You generally want to invest in an ascending young player with many accolades (and particularly a Hall of Fame induction) in their future.

As a general rule, the more awards and accolades a player collects, the greater the value of their cards.

The success of the team can only be good for the individual. If only someone had told Terrell Owens this, his cards might be worth a hell of a lot more than they are…

T.O aside, team success generally translates into greater value for the individual team member’s trading card. A team championship is an individual championship, after all.

When the Kansas City Chiefs won the Super Bowl in 2019, the obvious takeaway was that it would be the first of many rings for Patrick Mahomes. Travis Kelce got a ring, too. So did Tyreek Hill.

The point being, every player on a championship team sees a theoretical boost in their cards’ value.

A team can garner greater acclaim for individual players even when they don’t win a championship.

The Golden State Warriors—Thompson, Green, and Curry included—became must-watch TV as they tore through the league in 2016. Their loss to the Cavaliers in the Finals doesn’t negate the attention gained from their regular-season success.

A championship would have been even better for Klay Thompson and Steph Curry’s rookie cards, to be certain. But collectors will take team success in all its forms. The same logic applies to the Eli-bitten New England Patriots of 2007-08.

On the flip side, a great player on a terrible team can miss out on thousands (or even millions) in unrealized card value. It’s far easier to induct Tom Brady into the Hall of Fame than Calvin Johnson (though he should get in, too).

This is one category that we don’t take likely, especially when we talk about tragic deaths.

Because they can have a massive effect on prices.

These events can have a negative impact on the player’s card prices if:

Calvin Johnson and Jose Fernandez, who respectively retired and passed away, generally fall within these two categories. Both otherworldly talents, who knows what they would have accomplished had they had long professional careers?

It is possible that these circumstances can ultimately limit the price ceiling for trading cards. In other circumstances, they may drive prices up. It’s a byproduct of unfortunate (and in some cases, tragic) events.

An unanticipated retirement or death may drive prices up because:

Kobe Bryant’s passing was perhaps the most significant premature athlete death of his era. It’s a dubious distinction and one that we do not want to downplay.

From a collecting standpoint, Bryant’s passing was also significant. It illustrated what can happen when a living legend with several high-value cards suddenly passes on.

In some cases, we’ll never know if a truncated career resulted in higher or lower values than if the player had kept playing. With an early retirement or death, you’re generally left with the mystery of unfulfilled potential.

Would Jose Fernandez have gone on to become a Hall of Famer? Or could his career have fallen short of expectations? Nobody knows. Therefore, we could not say definitively if his passing boosted or ultimately reduced his cards’ values.

Ultimately these questions are insignificant when talking about a player who has passed away. However, they are relevant to collectors.

We won’t go too deep into this one. You aren’t going to find many valuable cards for World Champion fencers or curlers. Those sports’ relatively niche status is not conducive to trading card collecting.

Even more popular sports like golf and boxing struggle to compete with the NBA, Major League Baseball, the NFL, and NHL when it comes to high-value cards.

Though golf and boxing have their share of high-value cards (looking at you, Tiger), the breadth and depth of high-dollar cards are not comparable to other major sports.

Collectors must understand that league popularity can directly affect the value of trading cards.

Factor #5: The Actions of Card Manufacturers 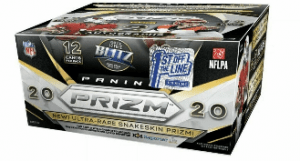 The Junk Wax Era produced a sea of over-manufactured, poorly designed cards. It’s not exactly clear what compelled seemingly rational card company executives to ignore the basic principles of supply and demand, but they did.

Manufacturers may also price their products at points where it is difficult for those who purchase hobby boxes to get a return. Ultimately, card manufacturers have outsize control over trading cards.

These five factors are the primary real-world considerations that collectors must account for. Let’s look at some specific examples that crystallize each factor.

Pay Attention to the Real World

As a collector, you simply can’t ignore the real world. To the extent that you can, calculate and protect your investments by:

It’s unlikely that you’ll be able to anticipate an early retirement or passing. Though it might sound cold, you should act quickly if you believe such events will trigger a surge in a player’s cards’ values.

The real world makes a difference to the world of collecting. Act accordingly.