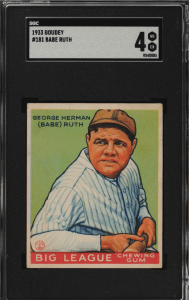 For a lot of us, trading cards was our first brush with investing. We understood the basics as a kid. Buy low. Sell high.

Back in the 80s, kids treated card collecting as just a fun hobby with no real expectation to gain anything from it.

But now that that generation of kids has grown up to be middle-aged investors with hefty pockets, this trend is making a huge comeback. Except for this time, people are taking it as a serious investment and not just a hobby. That’s because sports card investing has proven to show extremely impressive returns for traders.

While most cards don’t end up being worth much if you have a knack for selecting the right cards you could be in for some serious money. People are finally beginning to give this hobby credit as one of the best alternative investment strategies out there.

Let me show you how.

Now, that’s obviously not enough money to retire on.

But it will set you up for a much more comfortable lifestyle and could help you enjoy the finer things in life.

And that’s just considering the average market returns – if you put in a bit more effort into selecting the right cards, you could easily increase those returns even more.

If we could only invest in one card for the rest of our lives it would be the 1989 Ken Griffey Jr. Rookie Card Upper Deck #1. This iconic card is a legend with just about every red-blooded American boy who came to age in the 80s and 90s. This Ken Griffey Jr. RC actually more than quadropled since 2019 (updated 3/1/2021).

Today, that very card is worth 3.12 million dollars.

This shows you just how much potential there is in this market to make money.

In fact, if you look at this chart you’ll see that sports card investing didn’t lose much value even during market downturns. Not even in 2008.

You may be thinking that this is just past performance.

And if you’ve learned anything about investing after collecting cards as a kid, you’ve probably heard everyone tell you past performance doesn’t necessarily indicate future performance.

But I’m about to show you… 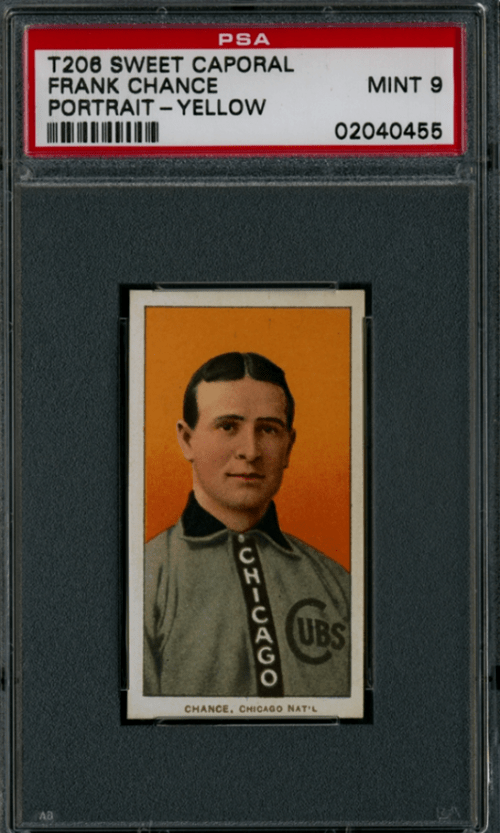 The momentum with which the value of cards is increasing is tremendous. In fact, just over the last year, there has been an increase in another 25% in the value of these cards from all-time highs.

Legendary investor and millionaire Gary Vee has been very vocal about his belief in this alternate investment. He believes that in the next 24 – 36 months, we are going to see enormous growth in the sports card market. Even more than what we’ve seen in the past 2 – 3 years.

But, what exactly is bringing about this sudden growth in values?

Here are some of the factors that point towards the massive growth coming up in this strategy. 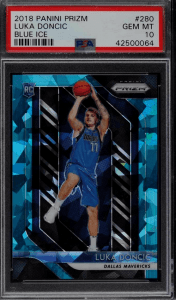 Back in the 80s and 90s when most of us first started collecting, there wasn’t much of a difference between supply and demand.

As demand increased, makers printed more and more cards and the value remained pretty much unchanged.

That has undertaken a drastic shift. Now, sports cards are built in a way that ensures that they’re seen as rare and valuable.

This is done by printing serial numbers and limiting the number of cards that are printed. Take the 1968 Topps #177 Nolan Ryan Rookie Card.

Pro-Tip: Sportscard makers are also now printing limited edition and autographed cards to add to scarcity but be careful in regards to buying raw cards and stick to sports cards that have already been graded.

The market has quickly realized the need for a way to ensure the authenticity and quality of cards that are being traded.

This might have been based solely on trust before, but with the rise of online selling, the systems behind this have transformed completely.

PSA, SGC, and Beckett’s BGS grade cards from 0 to 10 and even disclose how many cards they grade at each level.

This means more and more people feel safe trading cards. And it has also increased the value of older cards.

It’s extremely rare to find a card graded 10, so if you’ve got one that you think might fit the bill, get it graded immediately and you might be rewarded with a sweet bump in value.

The trouble that came with finding the right buyer at the right price is a thing of the past now. In fact, there are now tons of sellers and auctions that take place all year round where you can comfortably find a buyer.

If you need to do it more urgently, there are a number of websites that allow you to sell your cards. You can even do it in the simplest way possible by just listing your card on eBay and waiting for a buyer to approach you.

I could keep listing more and more reasons why sports card investing is about to give investors life-changing returns.

But it all boils down to this:

The way this instrument is built, sports card makers have placed strict limits on the number of cards that are printed. And the number of buyers just keeps increasing exponentially.

That itself could make this the most lucrative investment of your life. But of course, that’s not to say that you should pull out of stocks completely and stick all your money into rare cards.

Pro-Tip: If you don’t have the stomach for risky investments stick to buying older Hall of Fame-type players such as Wayne Gretzky rookie cards, Brett Favre rookie cards, and Mike Trout RCs.

How Should You Incorporate This Into Your Portfolio?

If you’re a beginner and it’s your first time buying cards, I’d suggest doing one or two transactions to get a feel of it first and see if it’s the right fit for you.

There are people who dedicate as much as 20% of their portfolio to trading cards. But we generally suggest investing 10% of your annual income into cards.

Of course, you’re free to play around and figure out your sweet spot for investing in cards. To get you started, we’ve put together an extensive list of cards we’re adding to our portfolio here: “Best Sports Cards To Buy Right Now (Best Baseball, Basketball, Football, Hockey Cards to Buy)”

Feel free to go through the list and find a card you like. You can also find the reports we’ve written about individual cards.

If you have any questions, or just want to chat with a fellow sportscard enthusiast, feel free to email us at info@goldcardauctions.com. We’re always looking forward to having a chat with our readers.