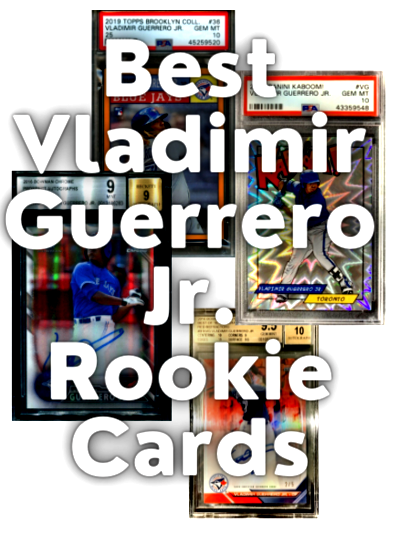 Vlad Jr.’s rookie cards are some of the best purchases in the hobby and should only get better in the next few years as he enters his prime.

Not only is he still 21 years of age but he plays on a young team that should improve drastically over the next few years.

Vladimir Guerrero Jr. signed with the Blue Jays on 7/2/2015 (included a signing bonus of $3.9 million dollars). Vlad Guerrero Jr.’s rookie card prices surged on the combination of his play and the fact that his dad (Vladimir Guerrero) was one of the best hitters in the game.

Vladimir Guerrero Jr. was called up in the summer of 2019 and is currently the number one player in the game (according to most fantasy baseball apps).

He showed flashes of brilliance in his first season in the majors batting a respectable .275 with 15 jacks and 69 RBIs. His second wasn’t bad either. But his third (2021) will go down in the books as his official break-out season.

Must Read: Are We Giving Up on Vladimir Guerrero Jr. Rookie Cards?

A plus .300 batting average and 30 or more home runs are very likely for multiple years with this kid.

With further ado here are the best Vladimir Guerrero Jr. rookie cards to invest in. 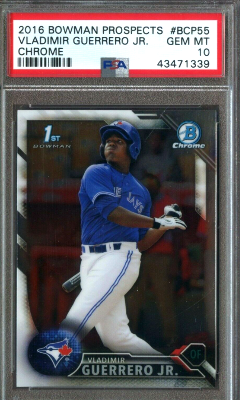 The card features Vlad Jr. watching the ball go yard (or so we assume). We love the 2016 Vladimir Guerrero Jr. Bowman Chrome card in all versions and suggest buying it as we feel it will only go up for years to come.

A great-looking Vlad Jr. rookie card from Topps and has a number of parallels.

The price for a PSA 10 will ruin about the same as the 2017 Bowman Chrome and will challenge the Vlad Jr. Bowman Chrome rookie card as his most popular RC. 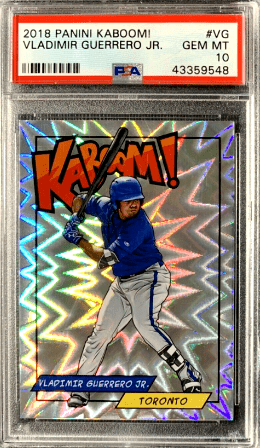 Kaboom cards have always been one of our favorites from an aesthetics viewpoint. The only reason this card isn’t ranked higher on our list is due to the fact Kaboom sells better in football and basketball than it does in baseball. 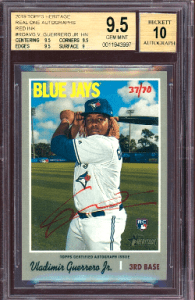 The Tipps Heritage brand is always a solid play when you’re looking to invest in a baseball player’s rookie card. Heritage isn’t the top of the mountant when it comes to Topps baseball sets but it’s not far behind and some of the autographs versions can be worth a ton. 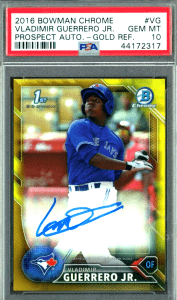 Looking to buy a Vladimir Guerrero Jr. rookie card and need advice? Email Gold Card Auctions at advice@goldcardauctions.com and we would be happy to help as we are experts in Vlad Jr. rookie cards (we have been following this cat for a long time);

Please email GoldCardAuctions at value@goldcardauctions.com to get the value of your Vlad Jr. Rookie Card(s) (please include images of both the back and front of the card). 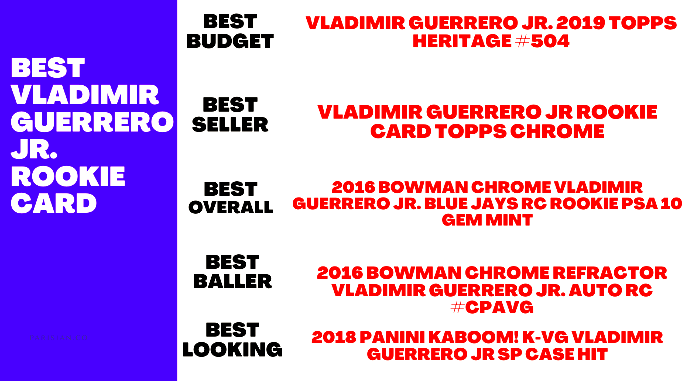 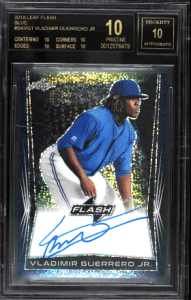 With young superstar offensive talent surrounding him (i.e. Bo Bichette, Cavan Biggio) it is a given that the Blue Jays will be a force to reckon with at the plate.

If they can just secure some good arms via free agency deep playoff runs for many years would not be out of the question.

Even without playoff action we still love Vladimir Guerrero Jr. baseball cards to be one of the Best Baseball Cards to Buy Right Now in the hobby. 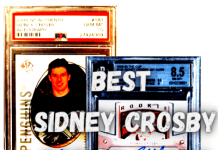 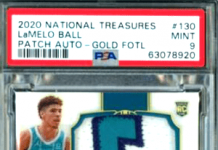 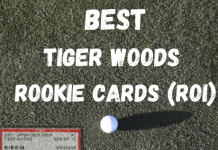