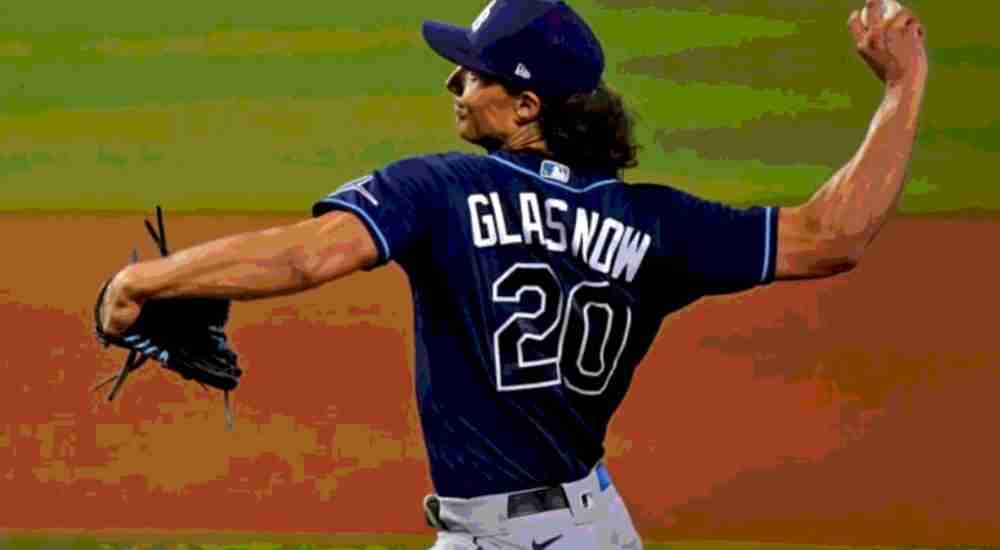 Tyler Glasnow was born on 8/23/1993 and was selected in the 5th round of the 2011 MLB June Amateur Draft from William S. Hart HS (Santa Clarita, CA) by the Pittsburgh Pirates.

Were going to out on a limb here but we think Glasnow is going to have a CY Young type year and maybe even win the award.

Glasnow is a horse and has the stuff to back it up. He stands a neck-aching 6 foot eight inches and has filthy stuff. If he can put together a healthy, injury-free season we think he will be the best pitcher in the game.

We also like the fact that his rookie cards are dirt cheap and can be had for the price of a large soda. So if he does flop or gets injured your not out a ton of money.

Here are the best Tyler Glasnow rookie cards from an investment standpoint. 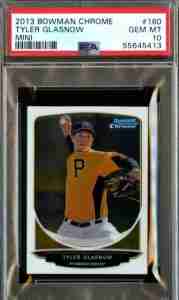 The 2013 Glasnow Bowman Chrome rookie card is the card we are loading up on. We are buying the base card, autos, refractors, basically, all of the parallels we have a pierce of.

If you believe in Glasnow like we do go ahead and buy a bunch of his base Bowman Chrome rookie cards and thank us later.

Here is another Glasnow rookie card we are loading up on.

The card is numbered Topps-ROA-TG and we really like the stone-cold look of the card with the light blue backdrop.

This card has HUGE upside if Tyle can put together the season we think he is capable of.

Here is a nice patch Glasnow rookie card in which only 99 were made.

You won’t see this card up on eBay that often but if you do we suggest gobbling it up if you can get it at a decent price (don’t buy an ungraded version however as Immaculate cards have a reputation of being pretty beat up in our experience).

Glasnow rookie cards can be had for the price of a lump of coal (which is why we’re loading upon them).

If you would like an estimate of any Tyler Glasnow RC please email us pictures of the card at value@goldcarduactions.com and we will get back to you within 72 hours.

We could be wrong but we think Glasnow will have a huge 2020 and has an outside chance of winning the CY Young.

That being said we are obviously buying Glasnow rookie cards buy the boatload.