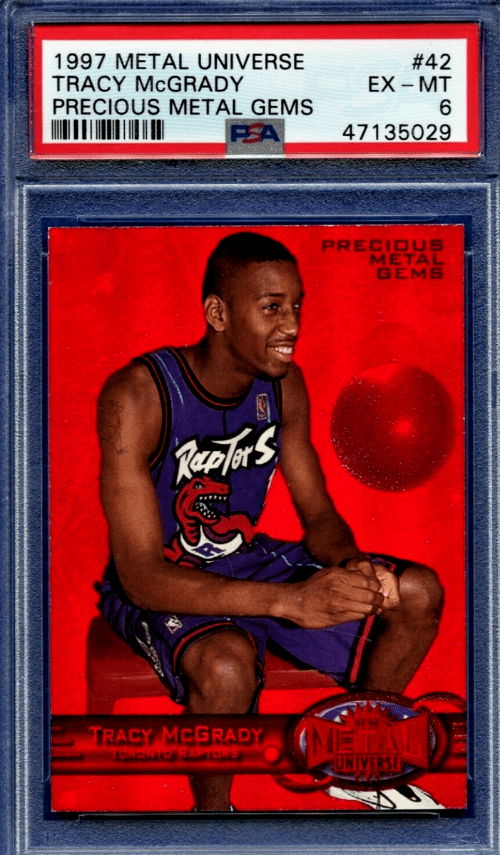 Tracy McGrady (05/34/79) is a retired shooting guard who played for the Toronto Raptors, the Orlando Magic, the Houston Rockets, New York Knicks, Detroit Pistons, Atlanta Hawks, Qingdao Eagles, and the San Antonio Spurs during a 16-year career in the NBA.

He was a seven-time NBA All-Star, seven-time All-NBA selection, two-time NBA scoring champion, and one-time winner of the NBA Most Improved Player Award back in 2001.

Here’s a rundown with three of the best Tracy McGrady rookie cards you’ll find on the market, along with investment advice if you’re thinking about picking up a couple of investment pieces for the Hall of Famer.

There are 18 McGrady rookie cards that were originally sold for low to mid-range values, but they’ve started to pick up in price over the last decade. Here are three of the best on the market. 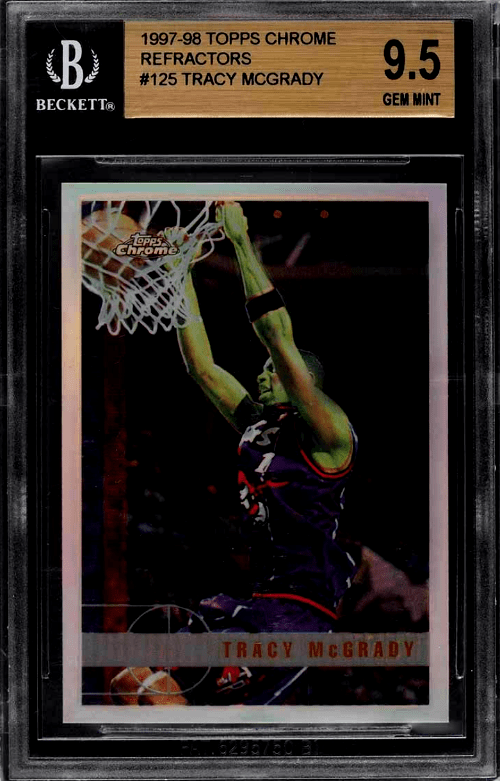 Let’s begin with the 1997-98 Topps Chrome Tracy McGrady card. It’s a clean release, with a full-length action shot of the player hanging off the rim. Brand power and Refractor parallels make it one of the better options overall, and gem mint copies tend to receive a lot of attention at auction.

It should definitely be on your radar if you’re hoping to invest in McGrady RCs. 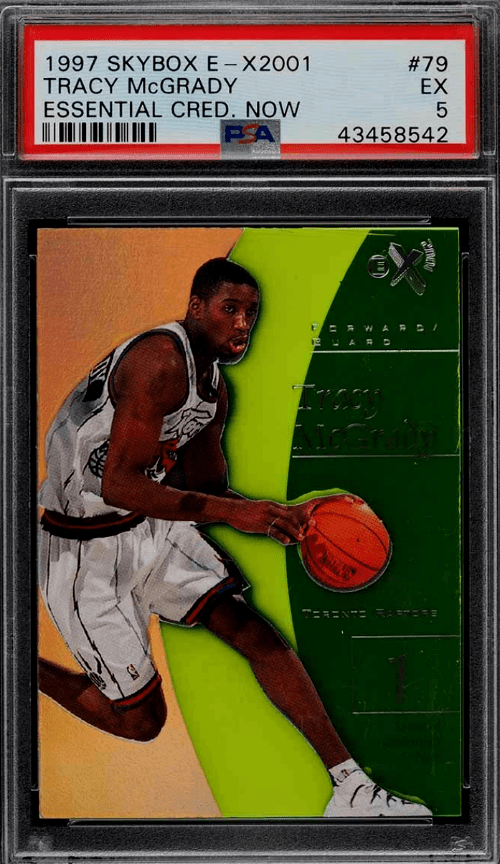 His Skybox E-X2001 is another great RC, which is highly affordable if you’re looking at gem mint copies. It’s a product of its time, with bright blues and a pink curved line that goes through the middle.

You’ll find an image of a dribbling McGrady located on the left-hand side. It’s condition-sensitive and comes with gold chrome trim.

The 1997-98 Precious Metal Gems set is legendary in collecting circles, consisting of 123 cards that were produced with green and red foil. This foil makes the cards incredibly condition-sensitive, especially in the present day.

McGrady also has a Green foil card from the set, numbered to just 99 copies. Given the history, it’s by far his most valuable RC option, regularly selling for a five-figure fee. 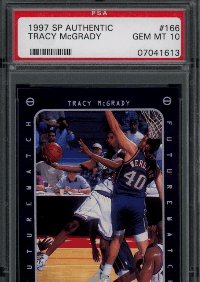 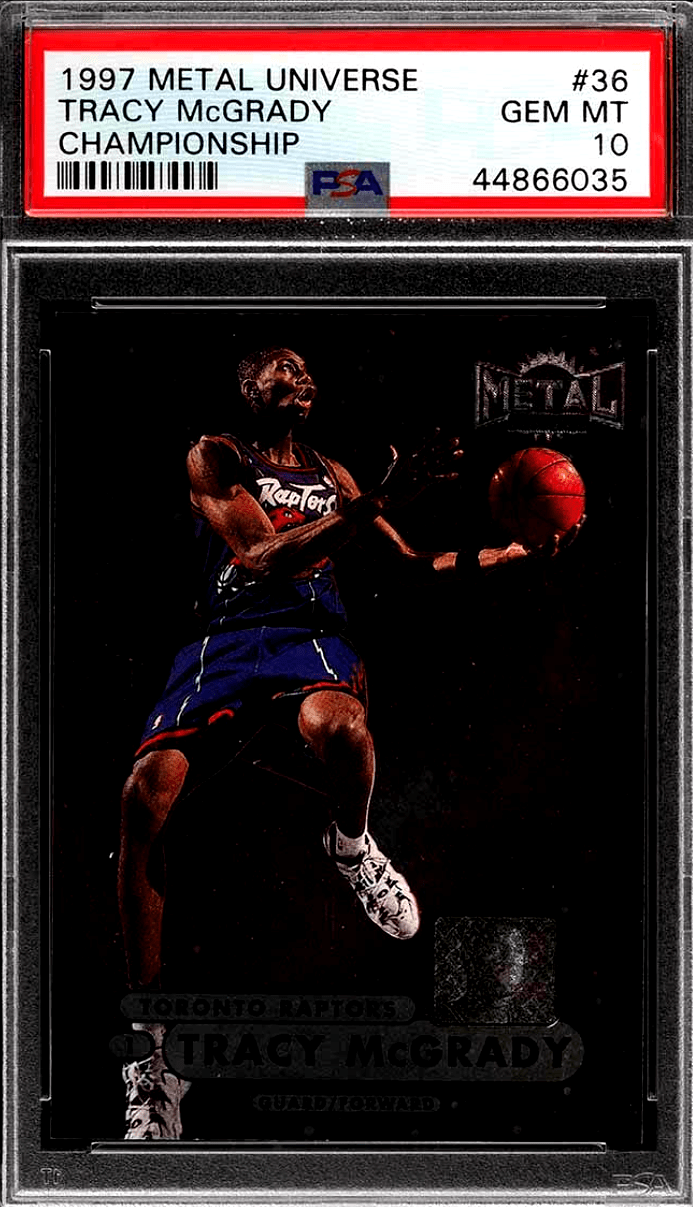 The most expensive Tracy McGrady RC is his 1997-98 Metal Universe Precious Metal Gems… this sold for $22k in October of 2020.

If you are looking to purchase a T-Mac rookie card but need advice hit us up at advice@goldcardauctions.com or visit our GoldCardAuctions Facebook Page.

McGrady was selected to the Naismith Memorial Basketball Hall of Fame in his first appearance on the ballot and even went on to pitch for the Sugar Land Skeeters of the Atlantic League of Professional Baseball following his retirement from the NBA.

He has tonnes of fans, and still holds a number of Orlando Magic franchise records. There’s no reason why his RCs won’t continue to climb in price over the next decade or so.

Over 5,000 different McGrady cards have been issued over the years, so it’s not like you’ll be left wanting for more options if you’re hoping to add a couple of his RCs to your personal collection.

Obviously, the Green PMG card is the pick of the bunch, but it is priced prohibitively. It does have the most potential to make profits in the future, but it does represent a significant outlay.

Given the number of RCs McGrady has, there’s something to suit almost every budget, so we’d stick to the highest grades possible if you’re hoping to see a good ROI in the future.