Card collectors have likely heard that Topps, one of the premier sports card manufacturers, is going public (once again). The deal values Topps as $1.3 billion.

There’s tons of financial jargon we could wade through here—special purpose acquisition company (SPAC), merger, venture capital. You may or may not understand these concepts.

For our purposes, we’ll keep it simple. As collectors, here’s what you should know about Topps’ recent announcement.

Topps was founded in 1938 by the Shorin family and functioned primarily as a chewing gum company. It eventually evolved into a trading card-first operation.

By 1972, demand for trading cards was strong enough that Topps sold stock to the public for the first time. Thus, Topps’ upcoming initial public offering (IPO) will not be it’s first.

Note: companies sell stock (go public) to raise funds and expand their operations. There are advantages and disadvantages to going public. You can find more information at investors.thetoppscompany.com.

Topps was sold in 1984, at which time the company went private once again.

Note: going private can be advantageous for several reasons, from immediate financial gains to an overall shift in the company’s mission and focus.

Topps was not absent from the public markets for long, though. In 1987, ownership group Forstman Little & Co. chose once again to issue stock to the public.

The public could purchase stock in Topps for the following two decades. In 2007, a group led by former Disney CEO Michael Eisner purchased Topps and once again took it private.

Now, that same group is making moves to take Topps public once again. Its valuation of $1.3 billion would represent a substantial return on its initial $385 million investment.

Without delving too deep into the numbers, here are the basic facts of Topps announcement:

As a prospective investor, the phrase “Topps is going public” may be sufficient to whet your appetite.

Much has changed since the Eisner-led Tornante Company purchased Topps for $385 million in 2007.

For one, the sheer demand for sports trading cards has skyrocketed to a degree that borders on inconceivable. As the pandemic has ravaged the global economy, trading card investment is booming.

Darren Rovell, who analyzes sports business for a living, says “Never have I seen trading cards show such a steep increase in popularity and value”.

Topps has made major strides under the leadership of Eisner

And Eisner and Co. are now looking to capitalize—quite literally—on Topps’ investment in itself.

Since Eisner and Tornante Company have taken over Topps, it has:

Trending: 1989 Topps Football Cards to Add to Your Portfolio

Critically, Topps has continued to put out top-tier cards. You’ll consistently find Topps among the highest-valued sets and cards, with a plethora of unique features and designs.

It’s difficult to project how Topps’ IPO could impact current and future card collectors. For now, it seems that Topps leadership is confident that the market will continue to trend upward.

Topps saw a 23% increase in sales in 2020. It is banking that sales will continue to rise and that its stock prices will see correlated gains.

While much has been made about Topps investing in its digital ventures, the core of its vision remains rooted in physical cards.

“The trading card business has been growing for the last several years,” Michael Brandstaedter, CEO of Topps, told The New York Times. “While it definitely grew through the pandemic — and perhaps accelerated — it did not arrive with the pandemic.”

If you’re going to take Topps’ decision to go public as a test of the trading card market, you have to see it favorably. It’s a bet on physical, digital, and other branches of trading card investment.

More than perhaps any other trading card manufacturer, Topps is prepared for whatever the future of collecting entails.

It maintains rock-solid partnerships with major brands, is invested equitably in digital and traditional cards and is increasingly profitable.

Though you’d have no reason to think otherwise, the IPO indicates that Topps is going steady. It’s banking on the public buying into its potential for further growth.

As with all IPOs, the public’s wallets will speak to the accuracy of Topps’ valuation and its bet that the public is eager to invest directly in trading card companies. 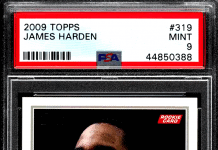 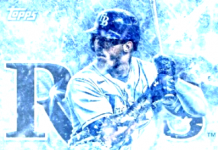 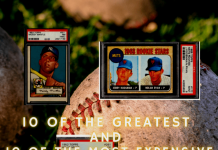