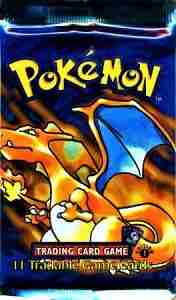 Pokemon has been around for a long time, and as a result, there have been several Pokemon booster packs released for people to purchase. Every time a new pack is released, it comes with new cards for people to add to their collections.

If you have been collecting cards since the inception of Pokemon in the mid-90s, you probably have a massive collection. However, if you are trying to get into Pokemon like Pikachu today, it can be overwhelming.

It can be even more difficult to choose if you are trying to purchase a booster pack for your kid. Not only are you filled with choices, but you do not even have the background knowledge to make a decision.

With that in mind, it is important that you do what you can to reduce your options. The best way to do that is to do some research to determine which booster packs are most popular.

Fortunately, we are here to help and we can provide you with a little bit of extra knowledge. Today we will be looking at five of the most popular booster packs of all time.

While our list is subjective, we are taking objective factors into account such as the cards in the pack, and general consensus of the Pokemon fanbase.

You will find information relating to the top five Pokemon booster packs below. We will be looking at each pack, the cards they have in them, when they were released, and more.

Our hope is that when you are done reading about these packs, you can make a decision as to which pack you want to purchase.

It should be no surprise to hear that the First Edition Base Set has the most popular Pokemon booster packs of all time. This was the original Pokemon set, and as a result, it is filled with iconic cards that have been around for more than two decades.

While it is filled with iconic cards, there is one that stands out from the rest. The Charizard card that you can get from First Edition booster packs is the most iconic Pokemon card of all time.

There are several things that make this card desirable. Number one is the fact that Charizard was the most popular Pokemon in the Red and Blue video game released in 1998. However, it is also one of the 16 holographic cards that are part of the set.

In total, there are 102 cards in the set. There are 16 Rare Holos, 16 Rares, 32 Uncommons, and 38 Commons. It is important to note that there were a few variations of these booster packs released, including shadowless, unlimited, and dated unlimited editions.

Sealed booster packs for this set can be very expensive, especially when they are in mint condition. You can also purchase packs as part of a booster box, which includes several booster packs.

A sealed booster box for this set included 36 booster packs, each with 11 cards inside. One of these boxes has sold for $384,000 at auction, displaying the exploding value of Pokemon cards. We expect their value to increase as time passes.

The First Edition base set might be popular because of how old it is, but not all of the booster packs on our list are two decades old. In fact, the XY Evolutions set was only released in November 2016.

One of the reasons that this set’s booster packs are popular is because there are modern reprints from the base set. However, there are also several interesting originals including BREAK cards and Mega EX cards.

An outside factor that has affected the price of these booster packs is YouTuber Logan Paul. Paul is famous for a variety of reasons, but all you need to know is that he has a YouTube channel with well over 20 million subscribers.

Additionally, this set includes five different Charizard cards to collect. Charizard is by far the most popular Pokemon character, and the value of its cards reflects that.

XY Evolutions has a much more comprehensive breakdown of card rarities than the base set. In total, there are 113 cards with 5 of them being secret rares. The secret rares are as follows:

Skyridge is the name of the third and final expansion from the e-Card series of Pokemon. The English version of this set was released on May 12th, 2003.

This set came out near the height of Pokemon’s popularity, the early 2000s. Although Pokemon has remained popular for decades, there was a golden age in the late 90s and early 2000s that has not been replicated.

However, there are some extenuating factors that resulted in the increase in the value of these booster packs.

Notably, there was only one print run of this expansion, and as a result, there are fewer copies of each card and fewer unopened booster packs in circulation.

Additionally, the fact that this expansion has been out for nearly two decades means that the price has naturally increased a significant amount. It is also filled with several expensive chase cards that collectors desire.

The final significant reason that these booster packs are expensive is it was the last set made by Wizards of the Coast.

The breakdown of the remaining cards is 34 Rares, 37 Uncommons, and 73 Commons.

Individual booster packs for the Skyridge expansion typically sell for around $1500 so long as they are sealed and in good condition.

Switching back to another recent set, the Hidden Fates expansion already has some of the most popular and expensive booster packs despite only getting released on August 23rd, 2019.

The main reason that these booster packs are expensive is that there is a high demand for many of the cards. Additionally, many sellers have recognized this and increased their prices from the original suggested retail price.

Unfortunately, these booster packs are hard to find. The exact reason for their rarity is currently unknown, but regardless, it is driving up the price of the packs.

It’s also important to note that there is a 94-card Shiny Vault subset. These booster packs include Shiny Pokemon, Shiny Pokemon GX, Ultra Rare, and Secret Rare cards that are reprints from previous sets.

Since this set is only a few years old, the booster packs can be bought for a reasonable price. Typically, they can be purchased for under $50.

The last booster packs that we want to look at today are those from the Vivid Voltage collection. Vivid Voltage was released on November 13th, 2020, and it was the 4th main expansion set in the Sword & Shield series.

Part of what makes these cards so popular is it is the first set to feature Amazing Pokemon. It also has several V and VMAX Pokemon. This set is mostly based on the Amazing Volt Tackle set released a few months earlier in Japan.

The set is massive with 203 cards including 23 Secret Rares. The Secret Rares are as follows:

Booster packs are still reasonably priced at around $5 to $6, but we expect the value to increase significantly in the coming years. The presence of the first Amazing Pokemon cards should make these packs very valuable in the future.

Should You Invest in These Booster Packs?

The newer packs are better investment options because they are still reasonably priced.

Which Set Has the Most Expensive Booster Packs?

Booster Packs from the First Edition Base Set are most expensive.

What Pokemon Cards Are Most Expensive?

Typically, Charizard cards are more expensive than those of other Pokemon.