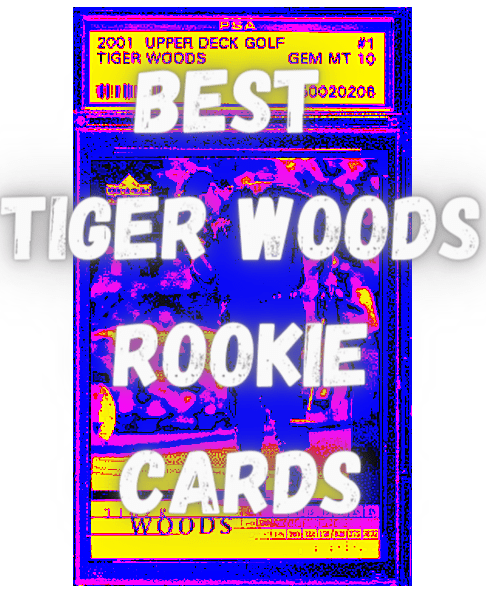 The face of golf for decades, Tiger Woods is undeniably the GOAT. He amassed untold endorsement deals and a total of 70 PGA tournament wins, including 14 major championships, and spent a record amount of time ranked as the world’s No. 1 golfer during the first 13 years of his career.

A scandal in 2009 rocked the carefully curated image of the superstar after he reportedly cheated on his wife of five years with at least 120 women.

He struggled to get back to his best over the next decade following multiple back-related injuries but seems to have turned a corner in recent years. A victory at the ZOZO Championship in Japan saw him draw level with Sam Snead on 82 PGA Tour wins.

He was a successful player-captain as Team USA defeated the International team in the Presidents Cup in December last year at Royal Melbourne. There could yet be a renaissance for the superstar heading into 2021. We’ve come up with a list containing five of the best Tiger Woods rookie cards, with everything you could need to know about them from an investment perspective.

Woods’ rookie cards are slightly confusing, split across several years. Official RCs are dated to 2001, but several earlier options still command significant prices. We’ll start with one of the best Woods RCs, which is hard to beat regarding values or overall interest from collectors. 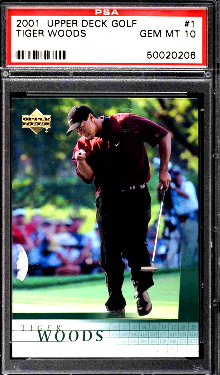 Looking to make a long-term investment in the sport of golf? Look no further than the 2001 Tiger Woods Upper Deck RC. This card represents Tiger Woods, and we use it as a barometer regarding the sport’s overall popularity.

A great card and should not be an issue buying at a PSA 10 grade. Not only do we love Tiger long-term, but we also like the sport of golf as a long-term play. Double birdie boys. 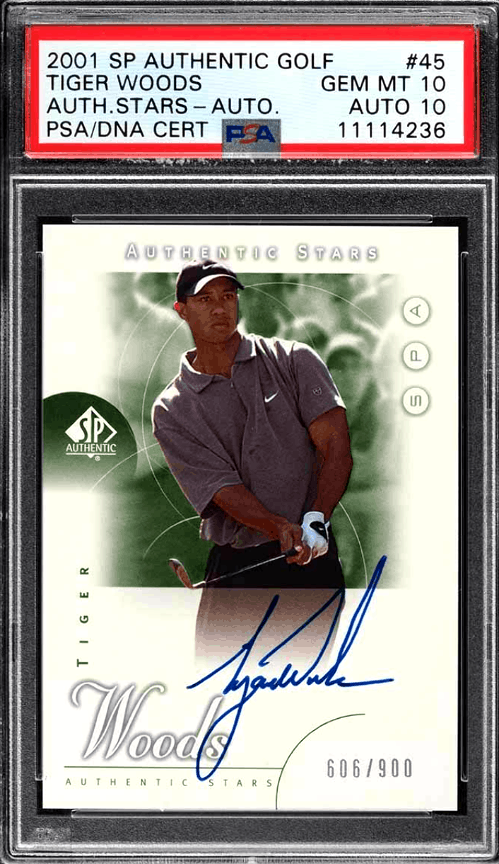 Look no further than the 2001 SP Authentic if you’re on the market for a rare Woods rookie card. A print run of 900 copies might seem pretty high, but that hasn’t stopped prices from rising markedly over the past few years.

The SPA Authentic Stars has a crisp design, allowing for an iconic image of Woods at the top. Meanwhile, the addition of a generously sized on-card auto signed by the man himself has helped to drive interest, along with the serial number found on the bottom right corner. A gold parallel is also available, limited to just 100 copies. 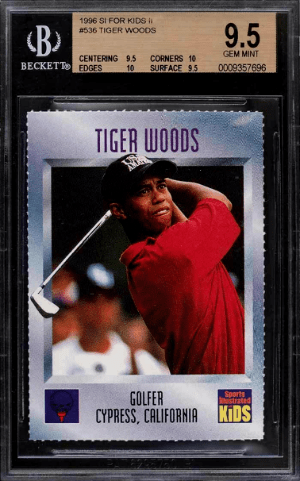 “Hold onto your hats, people, because you will not believe this. A 1996 SI For Kids Tiger Woods card graded Gem Mint 10 by PSA sold for an astonishing $125,000 this past week. That’s right, $125,000! This is the highest price ever recorded for a modern card and one of the highest prices realized of all time.”

“Woods makes the cut as the ‘97 winner, as you’ll note from the white text found at the bottom of the card. It also comes with a deep gold trim, helping to add to the premium feel.” 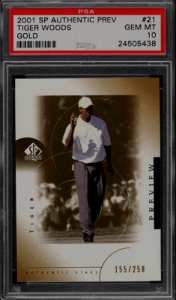 Okay, so the 2001 SP Authentic mentioned above is undoubtedly Woods’ best RC, but that’s also reflected in the asking price. A more affordable option comes from his 2001 SP Authentic Golf Preview card, packaged in a set initially available in Upper Deck Golf rack packs. In terms of differences, one significant change is that no auto is found at the bottom.

You’ll also note ‘Preview’ branding on the right, just in case you weren’t sure which copy it is. The base card also has no serial number instead of reading “XXXX/SAMPLE” in the bottom right corner. Once more, a gold parallel is available, limited to 250 copies. 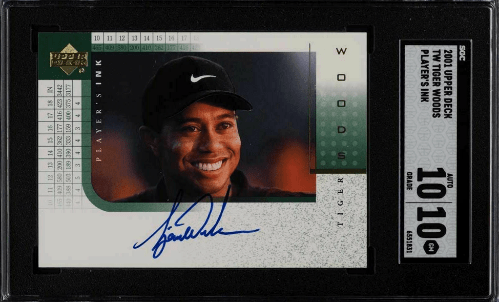 Upper Deck took full advantage of the PGA license in 2001, releasing another signed card from a set with some of the biggest names from golf at the time. Woods is found in a small rectangle in the middle of this horizontal card, flashing his teeth with a  trademark smile.

A Gold version is the most popular from an investment perspective, although high PSA-graded base cards are also precious. It’s seen as one of the most difficult Woods RCs in terms of condition, either because of chipping/flaws due to the dark green corner on the front and back or smudged autos.

Looking to obtain an estimated value of your Tiger Woods golf card? Email us at value@goldcardauctions.com or comment below.

Woods’ cards have suffered over the past decade, not just due to his public fall from grace. Back injuries have impacted his incredible run, stopping him from achieving the projected record numbers from the past.

“Tiger has done more for the game than anyone ever thought possible.”

It’s true and reflected in the price of his best rookie cards. Woods memorabilia tends to be a hot ticket on the auction circuit, and it’s no different when looking at some of the rarer signed options in 2021.