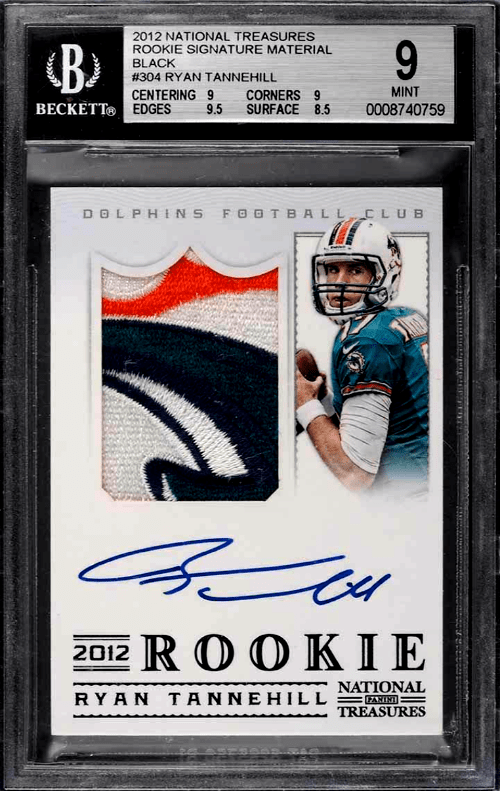 Ryan Tannehill was drafted by the Miami Dolphins back in 2012 as a first-round, 8th overall pick, and was the first time the Dolphins had taken a quarterback in the first round since Dan Marino in 1983.

The buzz around Tannehill was tantalizing with many predicting he would be the man to take the Dolphins back to being playoff regulars.

Although this was not quite the case Tannehill did impress with the Dolphins, consistently improving his team until injuries struck in 2016, the same year the Dolphins made the playoffs for the first time in 8 years.

After 2 more injury-hit seasons, Tannehill moved on to the Titans where he made it all the way to the Conference Championship game in his first season

Tannehill went straight in as the starting QB in his rookie season, starting all 16 games and achieving an average passer rating of 58.3 in what was a struggling team at the time. 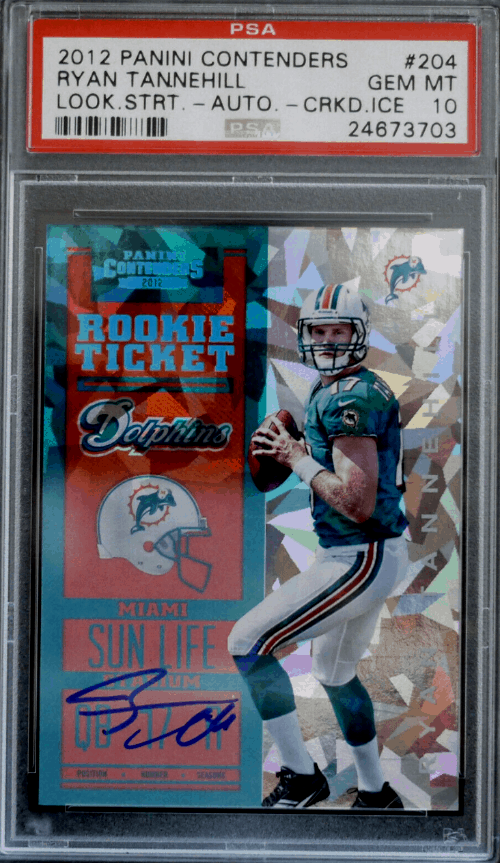 This is a truly beautiful card. There is a full-body photograph of Tannehill on the right holding the ball with the signed rookie ticket on the left. The ticket is in orange on a Dolphins blue background and the on-card autograph is at the bottom.

There are around 500 of these cards, so they are rare enough to have real value but are also accessible. There is also a slightly rarer parallel where Tannehill is looking left instead of straight on.

This is always a popular card, especially the rookie editions and this one features Tannehill on the right, the big patch on the left, and the autograph down at the bottom. 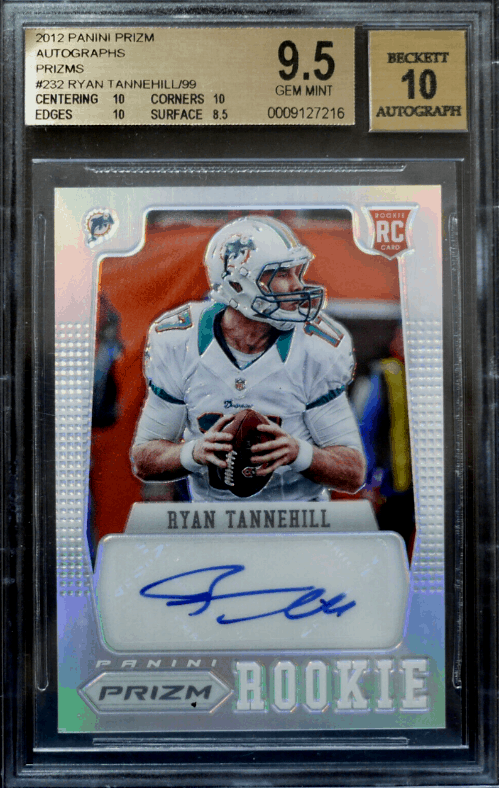 The Tannehill edition of the ever-popular Prizm Autograph set features a picture of the QB as the main focus in the center, with a border that is colored with respect to the parallel that it is and an autograph at the bottom.

There is a lot of parallels as usual ranging from rare to less rare and of course the rarer the card the more valuable it is respectively. 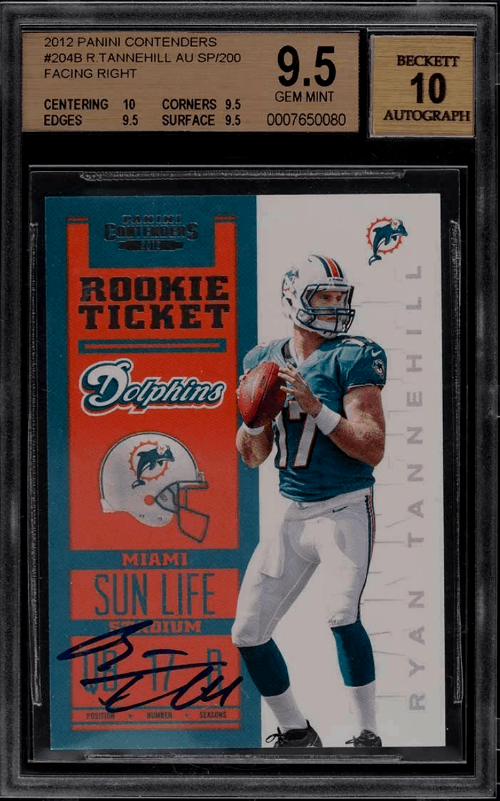 The most expensive Ryan Tannehill rookie cards are his National Treasures and Panini Contenders both selling for slightly more than $1k.

If you are looking to purchase a Tannehill RC and want some advice please email us at advice@goldcardauctions.com.

This deep into a quarterbacks NFL career you usually have a good idea of the trajectory of their rookie cards, but Tannehill is a little bit of enigma. He has shown his talent throughout his career but without really a great deal of success. He looks closer to success with this Titans team than he ever did with the Dolphins, and if this happens, he will undoubtedly see a big RC valuation increase.