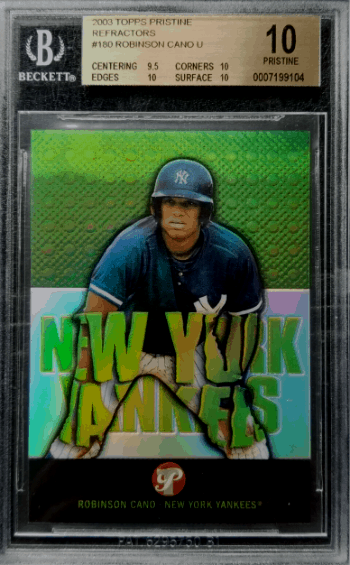 In 2005, Robinson Cano burst into the MLB and quickly established himself as one of the best hitting second-basemen in recent memory. A deadly combination of power and fielding is what made Cano a household name quickly.

Throughout his career, he has done stints with the New York Yankees, Seattle Mariners, and most recently the New York Mets.

The Dominican slugger does have a large collection of accolades in his career. Cano is an eight-time MLB All-Star, five-time Silver Slugger Award winner, and two-time Gold Glove Award winner. On top of those prestigious awards, Cano also has a World Series ring with the 2009 New York Yankees.

As of late though, it is impossible to talk about the career of Robinson Cano without mentioning his complicated history of PED usage. Cano missed 80 games in 2018 after testing positive for PEDs. Most recently, Cano has also been suspended for the entirety of the 2021 season due to yet another positive PED test. This will most likely ruin any dreams he may have had of seeing his plaque hung in the walls of Cooperstown.

Here are the top Robinson Cano rookie cards if you’re looking to add to your collection or for investment purposes. 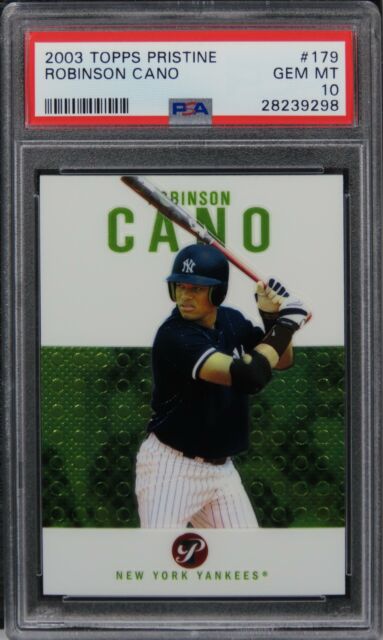 The 2003 Topps Pristine collection contains what is widely considered to be the best and most valuable Robinson Cano rookie card. While this card is not hard to find, it is not the easiest to get in a high grade.

The card features a nice chromium finish that came out of a pricey set with multiple complex levels of base cards (common, uncommon, and rare). This card does have a few parallels as well (Printing Plates, Refractors, and Gold Refractors). There is also a mini card version of this in the set.

The image of Cano is a nice close up of him batting and is a good image for a rookie card. It also has his name is big letters that are easy to see. Of all of Cano’s rookie cards, this one will be held up as his most desirable and will hold long-term value the best.

The chrome version of Robinson Cano’s regular Bowman draft card is one of the best rookie cards available for the slugging second basemen. These are a bit rarer than the regular Bowman card and as a result, are more expensive.

The signature Bowman chromium finish looks really good here with the printed autograph at the bottom. The black border makes this card harder to find in good condition as the black blatantly shows any signs of damage a lot more than another border color would.

The image is a bit underwhelming with an inaction shot of Cano throwing the ball to first in a somewhat awkward fashion. To add, while he is donning a Yankees cap the jersey he is wearing is from the USA vs World prospect game.

Robinson Cano’s first-year card is one of his most desirable. The design of the card is a nice one and the chrome finish always looks good. The print autograph is something that is somewhat divisive, but it does add a nice touch. This is definitely the second-best rookie card for Robinson Cano.

The third addition to this list is the 2003 Bowman Heritage Robinson Cano rookie card. At the time, Bowman Heritage was still a pretty underrated set. This card is still readily available and can be picked up easily.

The card features a portrait style picture of Robinson Cano with a big grin on his face. The image is framed by a fence knothole. The black line at the bottom with his name and team contrasts really well and makes his name pop off the card. This card screams vintage and that is why we love it.

With these older cards, it does become somewhat important to have these in a high grade in order to preserve the value. If you are a fan of Jeter-era Yankees teams this card is a great addition to your collection. There are also a few parallels of this card that look even better than the base. 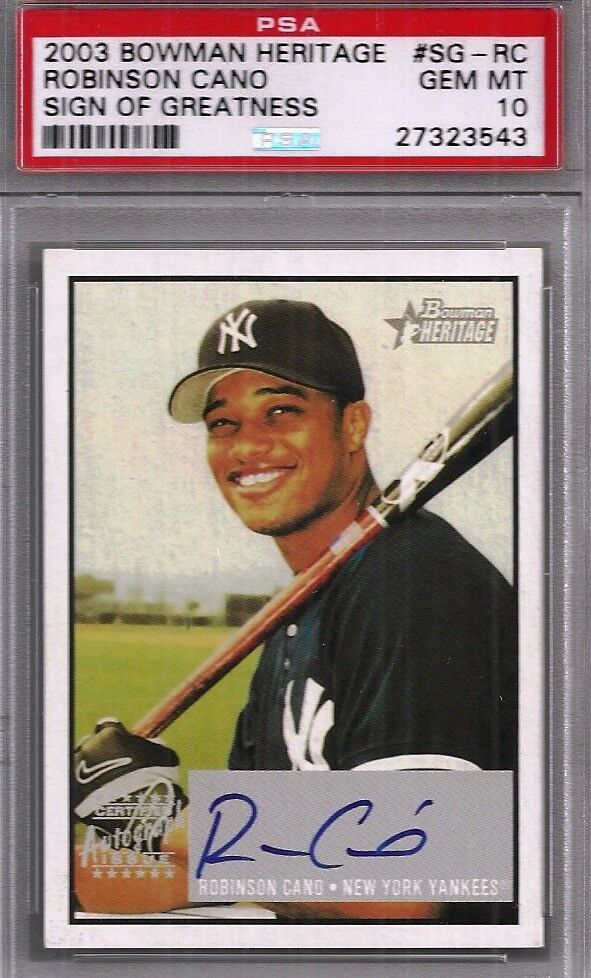 The most expensive Robinson Cano Rookie Card sold to date is the 2003 Bowman Heritage Autograph in a BGS 9.5. The card features a full card image of a smiling Cano with a big autograph in the bottom-right corner.

If you are looking to purchase a Robinson Cano RC but need advice please email us at advice@goldcardauctions.com or hit us up on Facebook (Gold Card Auctions on Facebook).

After Robinson Cano’s 2018 suspension for PED usage, it seemed as though the baseball world was willing to forgive and forget. After all, Cano had given fans and baseball insiders alike a show at second-base for 15 years. Showcasing a new combination of power and fielding ability unseen in a second baseman before.

Unfortunately for fans and collectors alike, 2020 has seen yet another positive PED test from Cano. This time the community is a bit more apprehensive. Cano has received a suspension and will miss the entirety of the 2021 season. Now it seems that his entire career is in jeopardy. What happens after his suspension is up is unknown.

Robinson Cano will most likely be remembered for his legendary run from 2010-2012 where he won, two Gold Glove awards and three silver slugger awards. Cano is a World Series champion and a member of the 2,500 hit club.

Due to the PED issues, Cano plaque will likely never grace the walls of Cooperstown, but regardless, he has made an impact on the game of baseball and will be remembered as one of the best players of the 2010s. If you are already invested in Cano, hold in hopes that he can make a comeback in 2022 and finish his career strong. If you were looking to invest in Cano, it would be better to seek out a different player to spend your money on as the future is extremely murky.