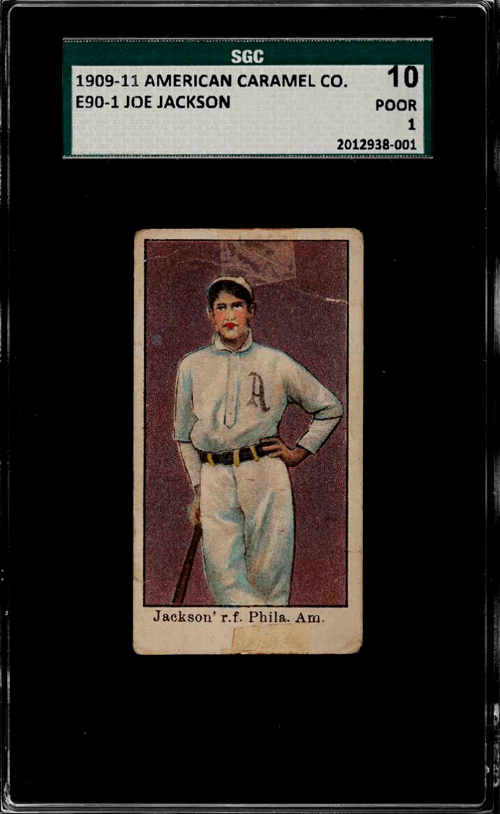 People generally conflate rare baseball cards with expensive options, and there is some truth in the idea that they’re somewhat interchangeable. After all, the rarest cards also tend to be the most expensive, so we’ll be taking the time to look back at some of the best players to ever feature with a bat in hand, along with their most valuable cards.

When it comes to rare baseball cards, there are over 100 years of releases to choose from, so we’ve looked at factors such as pricing to exclusivity when coming up with this list of the rarest baseball cards ever.

Here’s everything you need to know about how and why each card managed to make the list.

The list is packed with some of the best players ever in MLB history, and everyone is decidedly vintage. In fact, the most recent is from 1952, so PSA is likely to be the preferred grading service. This also means that they’re all susceptible to flaws in some shape or form, and many are impossible to find if you’re looking for a gem mint version.

It’s no surprise as they were released before the majority of fans were born, while they were yet to refine the printing process in most cases.

We’ll begin with one of the most famous pre-war cards in existence, which is also one of the rarest ever. 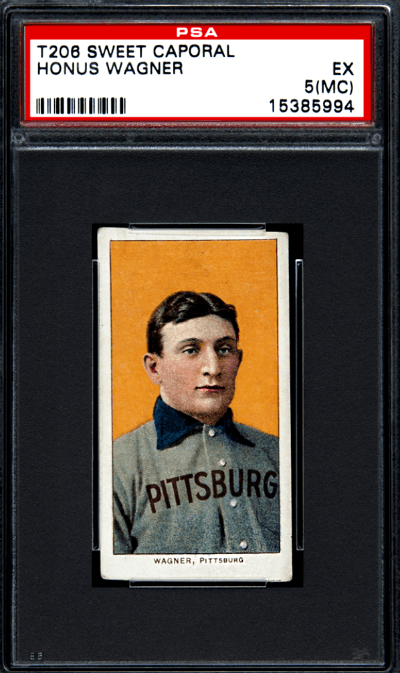 Honus Wagner played for 21 seasons, with the majority of the time spent with the Pittsburgh Pirates. Arguably the best shortstop of all-time, he was an eight-time NL batting champion and won the World Series in 1909. However, it’s not just his illustrious playing career and the age that makes this card so rare.

Considered to be the Holy Grail of baseball cards, the T206 set was released by the American Tobacco Company back in 1909. However, Wagner wrote that he “did not care to have his picture in a package of cigarettes”, and he threatened to seek legal action against ATC if they went ahead and distributed his baseball card, so it was quickly pulled from shelves.

Despite the strong stance, others think it’s because ATC and Wagner argued about the fee that the player would receive for the use of his image. Either way, this means that it’s hyper-rare, even for a collectible that’s over 100 years old. The card features a profile image of Wagner in his Pirates uniform, with a bright orange background that is typically the key to identifying which grade it should receive.

A rare copy sold for $3.12 million through Goldin Auctions in 2018, shattering the previous record for a collectible baseball card. As we said, rare often equals expensive, and this is the perfect example. 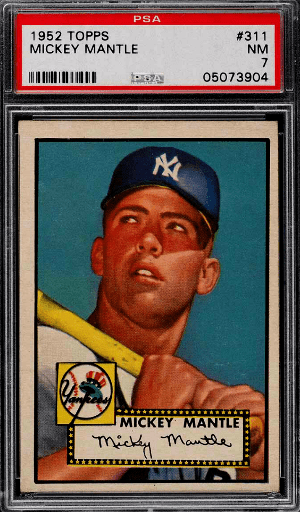 We’ll be looking at his ‘52 Topps first. A truly iconic image, Mantle is pictured looking off to one side, with a bat slung over his shoulder. He’s wearing a Yankees hat, while it has a bright blue background. Much of the attention stems from the fact that it’s Mantle’s first Topps card, which obviously makes it more valuable in the eyes of a number of collectors. Some would go as far to say that it should count as an RC, but he did have a release a year before.

Topps co-founder Sy Berger confirmed that thousands of unsold 1952 Topps cards (including the coveted Mantle rookie) were dumped into the Hudson River in 1960 to free up space in their overcrowded warehouse. It’s one of the main reasons why one of only three mint 1952 Mickey Mantle Topps baseball cards confirmed to be in existence sold for $2.88 million in a 2018 Heritage auction, making national news at the time.

It set a record for the price of a post-war card, and the amount was ten times more than the last publicly sold mint ’52 Topps Mantle, which changed hands for $282,588 in 2006. 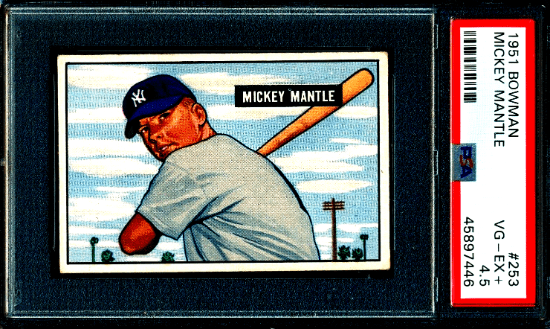 The second Mantle option to make the list is his 1951 Bowman card. As his only true RC, it’s one of the most expensive cards ever to be produced. In terms of rarity, it’s comparable to the card listed above, although it’s nowhere near as popular in terms of pricing. It’s a landscape release, illustrated beautifully with a shot of the player with a bat held aloft over one shoulder. A cloudy sky makes up the background, while he’s wearing a Yankees hat.

A simple black and white name tag is located near the top, completing an understated design. Given the age, everything from print lines, wax stains, and poor centering are typical problems that hold back the majority of remaining copies when they’re sent for grading. Even so, it’s nowhere near as valuable as the card seen above, possibly because a large chunk of stock hasn’t been thrown away. 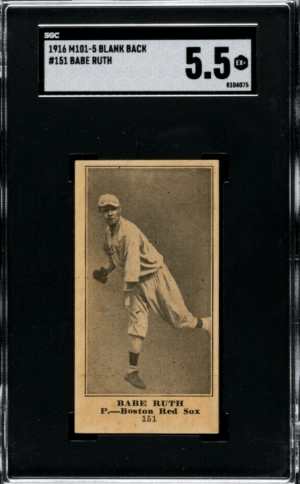 Babe Ruth is possibly the best-known baseball player of all-time, with a legacy that lives on over a century since the release of this card. Ruth began his career as a pitcher but gained plaudits as an outfielder for the New York Yankees over a 14-season spell. He’s a  seven-time World Series champion and established a number of MLB records, some of which still stand today. One of the first real celebrity athletes, he died of cancer in 1948.

The 1916 Sporting News M101-4 baseball series was a 200 card set, featuring some of the biggest names of the time. Ruth was also included, in a sepia image with the player’s name, team, position, and the card number found on the lower white border. The reverse was sometimes left blank, while others feature advertisements.

Joe Jackson is best remembered for his part in the Black Sox Scandal, in which members of his 1919 White Sox team participated in a conspiracy to fix the World Series. Worse still, they planned to throw the game, in exchange for money from a gambling syndicate. Jackson was later banned from playing after the 1920 season by the first-ever MLB commissioner. The player had set a World Series record with 12 base hits just a year before, and still has the third-highest career batting average in major league history. He passed away in 1951.

As old as the vaunted Wagner card mentioned above, the 1909 American Caramel is considered to be the definitive Jackson RC for many collectors. A pre-war option, it was packaged with candy, while these cards may vary slightly in size. It features a minimalist image of Jackson with a hand on one hip, using a bat to prop himself up. There’s also a purple background, which is patchy in parts.

PSA 8s are the highest grade found so far, with a copy selling for $667,189 back in 2019. It proves that time heals all wounds, while the Black Sox Scandal makes for an interesting story to tell.