SHOP OUR TOP-RATED POKEMON PACK IN 2022 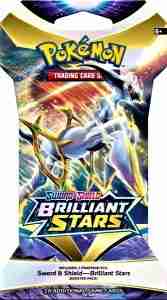 Every year people choose which Pokemon pack they want to purchase. However, that decision gets more difficult every year as new expansions are released. Through May, there have already been two expansions released in 2022.

Contents hide
Pokemon Pack Releases in 2022
Investment Outlook
How Many Expansions Will There be in 2022?
What Was the First Expansion in 2022?
Should You Invest In These Packs?

However, it is certainly possible that more packs are released in the future. In fact, it is already confirmed that there will be at least one more Pokemon pack released in 2022.

Here we are going to look at all of the 2022 Pokemon packs, and what they have to offer. We will let you know what we know about packs that haven’t been released yet as well.

Furthermore, we are going to break down what makes each pack stand out so that you are informed on which packs to purchase. Our hope is that you finish reading this article with all the information you need about Pokemon expansion packs from 2022.

As we mentioned above, there have been two major trading card expansions in 2022 as of May. There is also a third that is confirmed to be set for release in summer 2022.

Here we will look at each set, the best cards, and their notable features.

The Brilliant Stars expansion is the ninth set to come from Sword and Shield. It has 172 standard cards, and 14 secret cards for a total of 186 cards.

An added benefit of purchasing these expansion packs is they come with 3000 cards from the Trainer Gallery subset. These cards are numbered separately from the main set.

Furthermore, this expansion introduced the VSTAR mechanic, and it is the first set with the F regulation mark.

The pack is filled with great new cards, but here are a few of the most popular and expensive pulls:

Individual packs for this Pokemon pack can be purchased for less than $5 in most cases. It is still a very new set, and as a result, the prices are still reasonable. 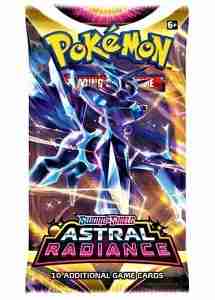 The Astral Radiance Pokemon pack is the most recent Pokemon TCG expansion to date. It is the 10th set from Sword & Shield and has more than 180 cards for buyers to pull.

Additionally, when you purchase one of these booster packs, you get 30 cards from the Trainer Gallery subset. These cards are numbered separately from the main set. Furthermore, this set introduces the new Radiant cards.

This set lets you travel back to a primitive land dominated by myth and legend. It takes you to where Origin Forme Dialga VSTAR and Origin Forme Palkia VSTAR shape the fabric of time and space.

The cards you pull from these packs will let you explore the vast wilderness as you have never before. You will encounter some of the most exciting Pokemon in existence like Decidueye, Typhlosion, and Samurott.

The set itself includes 189 standard cards and 27 secret rares. The secret rares are as follows:

You should note that some of these cards have gold and rainbow versions which is why some are listed twice.

This set is scheduled to be released on May 27, 2022. The retail price for a single pack is $5.55, but that will likely increase quickly after release as scalpers buy up the stock. 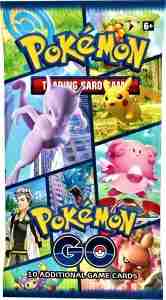 The two expansions above are the only two packs that we know all the information on so far in 2022. However, there is one other expansion that is set to be released in 2022, and that is Pokemon TCG: Pokemon GO.

Pokemon GO was a worldwide sensation in 2016, and it continues to be popular six years later. As a result, it should not be a surprise that Pokemon is using it as a theme for an expansion pack.

We do not know much about this expansion yet other than the fact that it will use Pokemon GO as the theme. However, there have been a few teases.

Notably, six cards have been teased, and they are as follows:

Sadly, we don’t know any other cards at the moment, and we don’t know an exact release date. All that we know is that the expansion is scheduled to release sometime in the summer of 2022.

All three of these Pokemon packs are still new or are yet to release. As a result, not enough time has passed for them to increase in value significantly. We believe that is a good thing for you because they should increase in value.

All of them are either introducing unique cards or using a new theme. As a result, we expect these packs to be sought-after for years to come. So, if you want to get in on the ground level with a set of cards, any of these three packs are great options.

How Many Expansions Will There be in 2022?

There will be at least three expansions in 2022.

What Was the First Expansion in 2022?

Should You Invest In These Packs?

Each of these new expansions have good investment potential. So, if you are looking to invest, these are good expansions to start with.