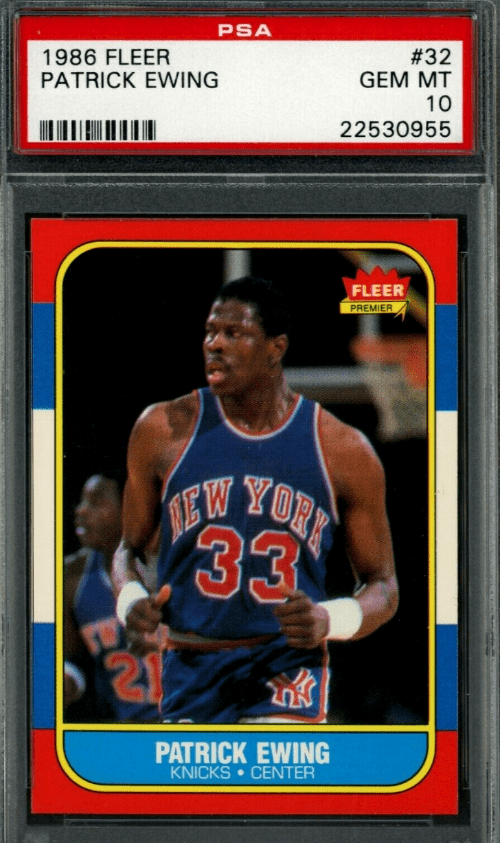 Patrick Ewing (08/05/62) is a retired center who was the first overall pick for the New York Knicks in 1986. He went on to win the Rookie of the Year award and made 11 All-Star appearances.

He made it to two NBA Finals with the team, although he never managed to win an elusive championship. He’s still seen as one of the top players from the era, going on to feature for the Seattle SuperSonics and Orlando Magic before his retirement in 2002.

Here’s a rundown with five of the best Patrick Ewing cards, along with investment advice if you’re hoping to add a copy or two to your personal collection.

We’ve considered everything from the price to prestige when picking this list of the top five Patrick Ewing cards, with the selection split between the 1980s and the ‘90s.

As Ewing’s official rookie card, it’s hard to look past the ‘86 Fleer when discussing his top options. The border has a great red, white, and blue design, and he’s one of the more popular players from the set.

It has a simple image of Ewing with his hands at his sides, and his name and team are found at the bottom. Mint editions are fairly plentiful, although the card is susceptible to chips and wear and tear, especially on the red corners. 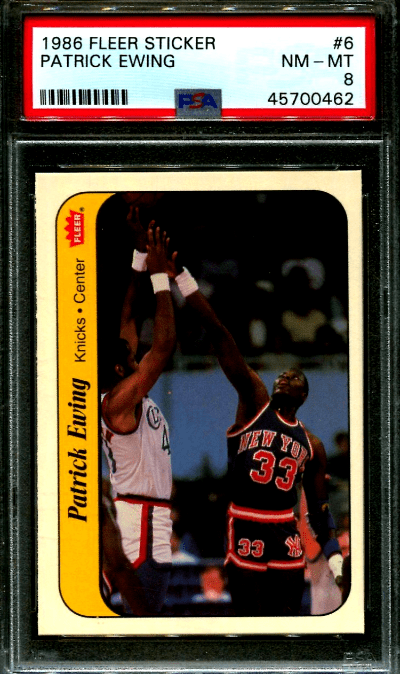 It might not be a card, but the ‘86 Fleer sticker is clearly one of the better Ewing collectibles, and it comes from the same set as the option listed above, as it was found as an insert.

It features an action shot of the player as he battles for the ball, with a yellow tab found on the left-hand side including his name and team info. Gem mint versions are especially valuable, although the majority of stickers have been peeled off over the years. 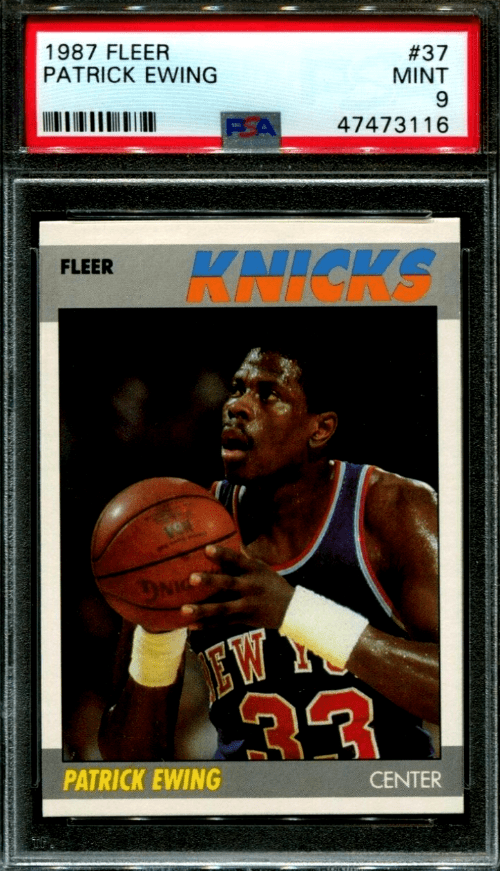 For a slightly cheaper option that still has a great design, the ‘87 Fleer is worth keeping an eye on. It has a close-up action shot of the player as he holds a ball in both hands, and a grey and white border with a simple Fleer logo.

Gem mint versions are held in high regard by collectors, selling for a decent three-figure fee. If you’re priced out of looking at the RC or the sticker version, this could be the one for you. 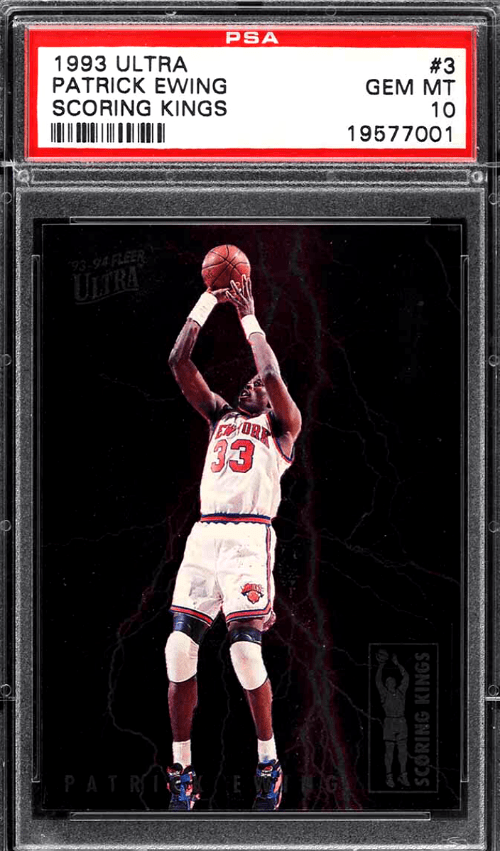 Another affordable option comes in the form of Ewing’s ‘93 Scoring Kings. Despite the lower asking price, it is one of the better basketball cards from the decade. It has an image of Ewing as he goes for a shot, with lightning taking over the background in an exciting effect that helps to make the set iconic.

The set is probably best known for an elusive Jordan card, which is true of the majority of ‘90s options. 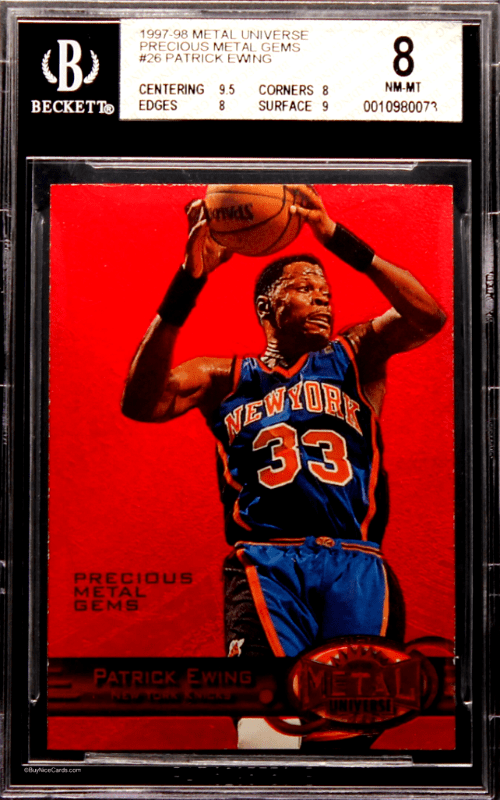 The final card to make the list is from the ‘97 PMG set. This chrome card is the most expensive overall, although it is the best to look at! It has a crisp action shot of the player in his Knicks jersey, and it’s numbered to just 100 copies.

Must Read: Most Valuable Basketball Cards from the 1960s

The first ten cards of each print run are green and the remaining 90 are red. As you might expect, the Green versions are exceptionally valuable, while even the red is worth thousands when looking at copies that have achieved a higher grade.

We do not foresee any major movements (up or down) in terms of the worth of Patrick Ewing’s basketball cards.

If you are looking to purchase a Patrick Ewing basketball card and are not sure where to begin please email us at advice@goldcardauctions.com and we will assist.

Ewing retired in 2002 and entered the Hall of Fame in 2008. (He was also inducted for a second time in 2010 as a member of the 1992 Olympic team.) The lack of an NBA title is mainly due to the dominance of Michael Jordan, and it’s no reflection of Ewing’s talents on the court.

In 15 seasons with Ewing on the roster, the Knicks won 17 playoff series. In the 20 years after he was traded away, they’ve only won once. It’s some indication of just how important he was for the franchise, and why he’s such an important legend to fans.

The rarest of Ewing’s cards have picked up in price over the past decade, especially as collectors and investors have come to appreciate his impact on the era.

Investment pieces are noteworthy. There are hyper-rare options, such as the PMG insert, or you could opt for a great RC from a popular set in the form of his ‘86 Fleer. Either will likely make for a good choice if you’re thinking of the long-term if you’re willing to pay the high price of entry.