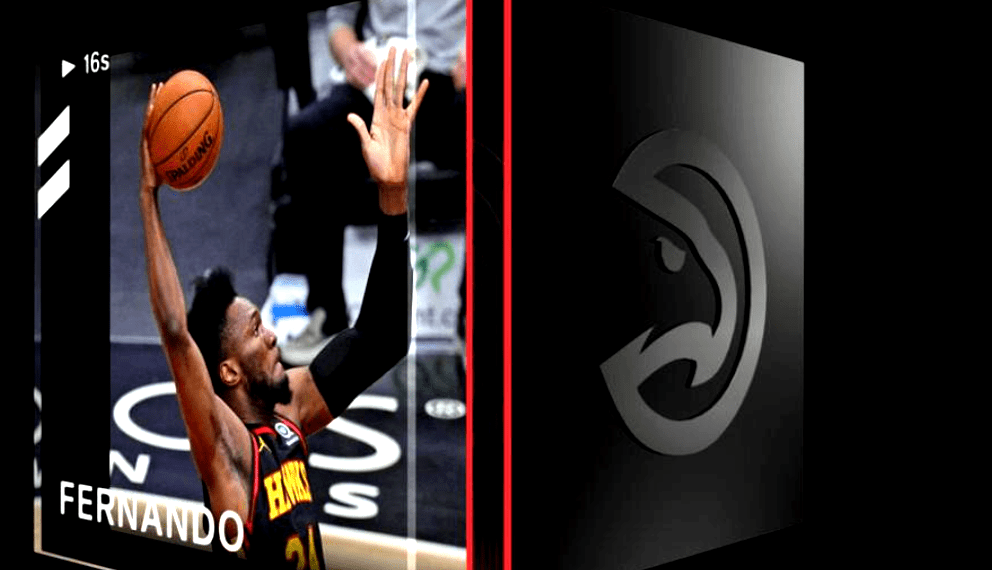 Contents hide
History of Non-Fungible Tokens
The NBA Meets Dapper Labs
What is the Value of NFT’s?
How to Collect an NBA Top Shot Moment
The Future of NFT’s in Sports Cards

This led to the rise of tobacco companies becoming involved with sports cards to advertise their products while ensuring their tobacco products were packaged safely. Since then, we have seen a tremendous amount of change throughout the sports card industry.

We have now reached the digital age of sports card collecting with the introduction of non-fungible tokens (NFT’s), a unique digital asset where hobbyists hold a rare collector’s item that fluctuates in value just as a traditional sports card.

The rise of digital sports cards emerged in 2017 with the concept of non-fungible tokens. NFT’s are digital trading cards that are rare, unique, and easily transferrable. Unlike traditional sports cards, NFT’s are resistant to damage while combining scarcity with authenticity.

NFT’s are entirely unique, where each digital asset fluctuates independently, essentially due to supply and demand. Ownership of each non-fungible token is recorded on a blockchain, which is primarily a digital record of transactions.

NFT’s will garner a higher value and more attention depending on their scarcity. As sports trading cards reach the digital age, non-fungible tokens are becoming widely popular, with millions of dollars spent on digital sports collectibles.

Dapper Labs is a Canadian-based company that launched in 2018 to advance digital collectibles. On July 31, 2019, the NBA and NBAPA launched a partnership with Dapper Labs to create NBA Top Shot, a digital basketball card collectible that shows highlight reels known as moments that can be purchased within a digital pack or through a secondary marketplace.

With NBA Top Shot, collectors can buy and sell clips of star basketball players’ highlights that feature comprehensive stats from the game while providing a unique serial number to verify the digital card’s authenticity. The NBA officially licenses NBA Top Shot, and Dapper Labs earns a commission of each sale, while the NBA receives a royalty.

What is the Value of NFT’s?

According to CNBC, NBA Top Shot has generated $230 million in sales since its release in 2019, which has provided a new revenue source for the NBA. NBA Top Shot currently has over 100,000 active collectors on the platform, which has led to the growth of non-fungible tokens.

To date, the most valuable NBA Top Shot features LeBron James (Read: Best LeBron James Rookie Cards) throwing down a thunderous dunk on Nemanja Bjelica in November 2019 that recently sold on February 22, 2021, for $208,000.

Just like opening a pack of traditional sports cards, the content of each pack you buy from NBA Top Shot is concealed until after your purchase. With the introduction of NBA Top Shot, collectors can purchase memorable in-game moments to collect and trade digital assets, which has opened up the modern world of sports cards.

How to Collect an NBA Top Shot Moment

NBA Top Shot has unlocked the door to digitally collecting sports collectibles. While owning a digital collectible card, you have guaranteed and protected ownership over your digital asset.

However, the worth of your NBA Top Shot moment varies based on its rarity. With NBA Top Shot, you have the option to purchase digital packs based on various scarcity levels.

A common pack fetches $9, which features nine common moments per pack with over 1,000 copies. A rare pack, which costs $22, has between 150 to 999 digital copies that highlight seven common moments and one rare moment.

The following level is called Legendary, which starts at $230 and offers six common moments, three rare moments, and one legendary moment.

The next level is Platinum, which awards only three digital copies, and is only available through an auction on NBA Top Shot. The final level is Genesis Ultimate, which offers a single copy, and is likewise available exclusively through an auction. NBA Top Shot produces two distinct categories of moments. The first is circulating count, which means additional cards can be made in the future. NBA Top Shot also releases limited edition cards, which are guaranteed never to be reproduced once sold out.

The Future of NFT’s in Sports Cards

The world of sports cards has evolved tremendously over time. While the digital age of sports collectibles has recently emerged, collectors are already investing a ton of money in acquiring non-fungible tokens to hopefully receive a high return on investment.

As the digital age of sports cards surrounds us, collectors are beginning to adapt and even accept the concept that collecting and trading digital highlight reels through sports history is the future.