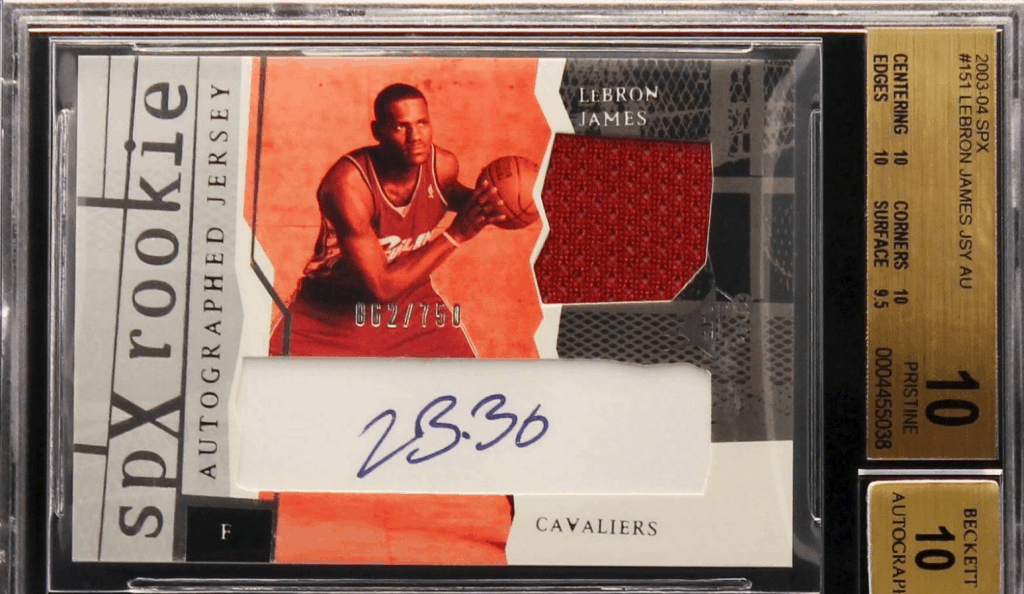 The limited nature of sports cards, their connection to players and games we love, and their function as tangible display pieces all combine to make them incredibly smart long-term investments.

Contents hide
What will sports card investing look like in 25 years?
How do NBA cards compare to NFL and MLB cards as investments?
NBA Card Investing Long-Term (What’s the Verdict)

Fortunes have been made over these tiny bits of ink and cardboard. Traditionally baseball and football have been the hottest markets in which to invest. But with a shifting sports landscape, what will the future look like?

This question has some simple answers and some slightly more complex ones, so GoldCardAuctions will look at the simple ones first.

What will sports card investing look like in 25 years?

The future of NBA card investing is directly tied to the popularity and relevance of the NBA. So, what are the NBA’s prospects going forward?

The best numbers to look at here are team values and fan engagement. First, let’s follow the money. According to Forbes, last year the average NFL franchise increased in value by 2%. 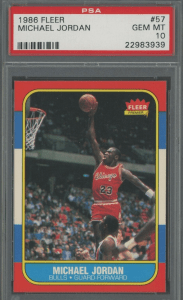 Though that’s not bad, it’s nowhere near the insane 22% growth in average NBA franchise value over the same period of time.

This year, the New York Knicks are currently worth more than all but one NFL team. The NBA’s value is growing 10 times faster than the NFL’s.

The second way to evaluate the NBA’s future prospects is to look at fan engagement.

Yes, football is still clearly in first place on the list of America’s favorite sports, but basketball has passed baseball and is fighting to keep that number 2 spot.

More importantly, both football and baseball have been slowly losing fans while the NBA continues to grow.

Looking forward, it seems pretty certain to succeed. According to Gallup polling, baseball is most popular with fans over age 55, while basketball has passed it with all fans under the age of 35.

Most importantly, the younger you look, the more the numbers tilt towards the NBA, with the biggest gap noticeable in fans age 13 to 18.

Growth among the youngest fans is a great sign that there will be a strong long term market for NBA cards.

With Adam Silver at the helm, the NBA has also been in the lead at adopting digital viewing options for its fans.

This strategy has clearly had an impact on the fight over younger audiences.

This all means that we can be reasonably certain that demand for NBA related merchandise, like cards, will continue to grow more predictably than demand for football or baseball-related cards.

But, that’s only half the picture. We also have to look into the supply side of the equation and see what the market for the actual cards might look like in the future.

How do NBA cards compare to NFL and MLB cards as investments?

The NBA has fewer stars than the NFL or MLB, which might seem like a negative, but is actually great from an investment point of view for two reasons.

First, fewer stars mean that as the league becomes more popular, the attention is all concentrated on fewer players and thus fewer cards.

This will help drive up the prices on the more limited supply. It will also make investment more predictable.

The NFL, with its hundred stars and catastrophic injuries lurking behind every corner, makes it hard to be sure that an investment in a younger player is safe.

Specifically, injuries in the NFL are on the rise.

The 2017 season saw an increase in concussions of a scary 13.5% according to the NFL’s own numbers.

At the same time, the NBA recorded the lowest injury rates in over a decade.

Meanwhile, the MLB, with its complex farm system and young talent taking years to earn chances in the majors make it hard to know when to pull the trigger on investment as player development is a very inexact science.

The NBA has neither of these problems.

Not only are career-ending injuries less common than in football, but young stars get to shine right away so you can tell immediately whether an investment is warranted.

So, let’s review the advantages that indicate a bright future for NBA cards as an investment.

Not only are NBA franchises exploding in value compared to the NFL, but the NBA is
stealing younger fans from both the NFL and MLB.

This, coupled with the NBA’s structural advantages in star athlete density, injury, and young star opportunities, promise a bright future for the league and investments connected to it.

The league’s popularity is heading in the right direction and its handling of young talent makes investment a less risky option. It’s pretty clear.