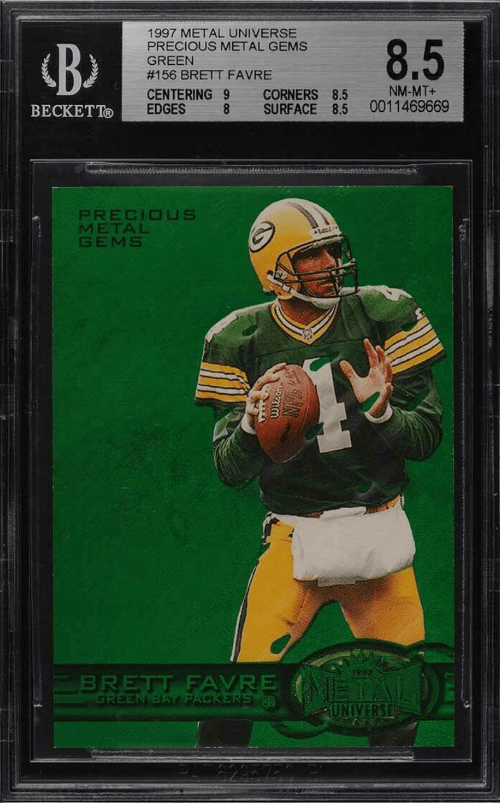 The 1990s were packed with useless collectible cards, barely worth the glue needed to stick them together.

Let’s use Michael Jordan’s brief stint as a baseball player as an example. His rookie cards were fought over when they first released, but you’d be lucky to get $10 for a good copy of his 1994 Upper Deck today.

Must Read: Best Michael Jordan Basketball Cards To Invest In

While the junk wax era made it difficult as the market became oversaturated, that doesn’t mean that there aren’t a number of valuable cards from the 1990s. As you might expect, rookie options are some of the most popular, while a certain famous QB makes the list multiple times.

Most Expensive Football Cards From The 1990s

Here’s a rundown with five of the most valuable football cards from the 1990s. 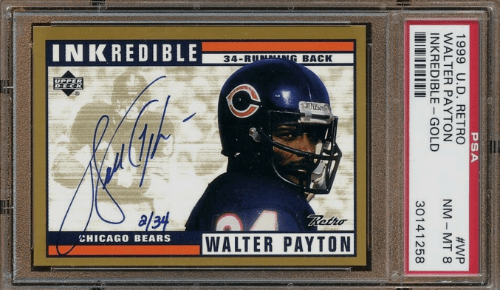 Walter Peyton was a running back for the Chicago Bears, who won the 1977 Most Valuable Player Award along with making nine Pro Bowl appearances.

Peyton died in 1999 following liver disease, and the Walter Payton Man of the Year Award was set up to honor players for their volunteer and charity work.

The card has a close-up image of the player, alongside a large signature on the bottom. Numbered to just 50 cards, a BGS 9.5 recently sold for $1,413. His untimely death raised prices, but he was already a Hall of Famer and an icon from the era. 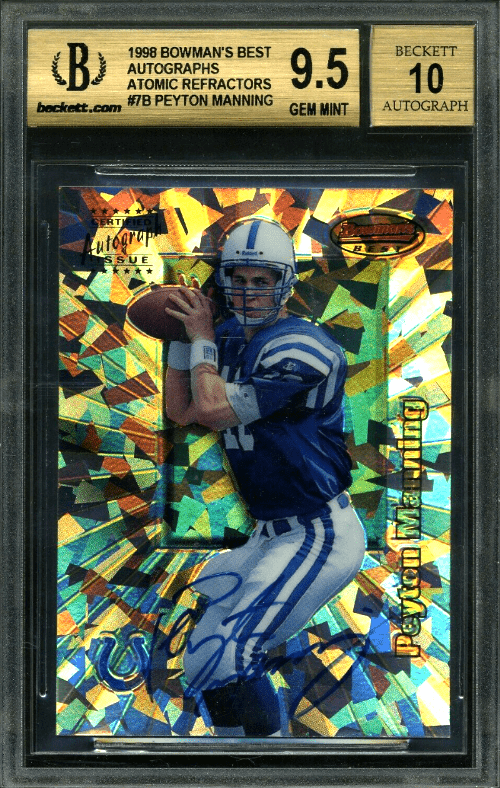 Arguably the greatest QB in NFL history, Peyton Manning was always going to feature on any list looking at valuable 1990’s cards. He has the record for Pro Bowl appearances (14) and is a two-time Super Bowl champion.

Manning’s Bowman’s Best card is signed, with an image of the player ready to distribute the ball. A BGS 10 recently sold for $1,625, and PWCC claims it ranked “among the finest copies to surface in quite some time.”

As with some of the others on this list, you’ll need to pay special attention to the signature to ensure it hasn’t worn away to any degree.

💰💰Top Investments You Need To Make💰💰 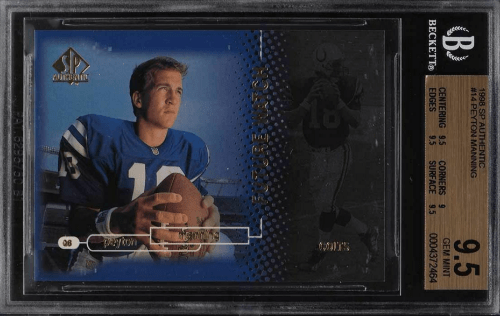 The 1998 SP Authentic is the second Manning card to make the list, and there’s a marked increase in price. With 2000 copies it’s not particularly hard to find. However, it’s easy to see why a non-rare card is held in such high regard when you see it with your own eyes.

The image is iconic, and it’s the key to many QB sets. Blue and grey with a gold trim, it’s definitely an attractive option for fans.

Brett Favre still holds multiple NFL records and led teams to eight division championships in a storied career. The QB’s PMG card is one of his most valuable, especially as his 1991 Wild Card has dipped in price recently.

The 1997 Metal Universe Football Precious Metal Gems set comes with a base Red version making up 90% (135 cards) of the print run, while there are Green cards for the remaining 10% (15 cards).

The wax finish is also susceptible to issues, so it’s no wonder that an ungraded Green copy recently sold for $7,301. It’s the perfect combo of a legendary player, scarcity, and card issues. 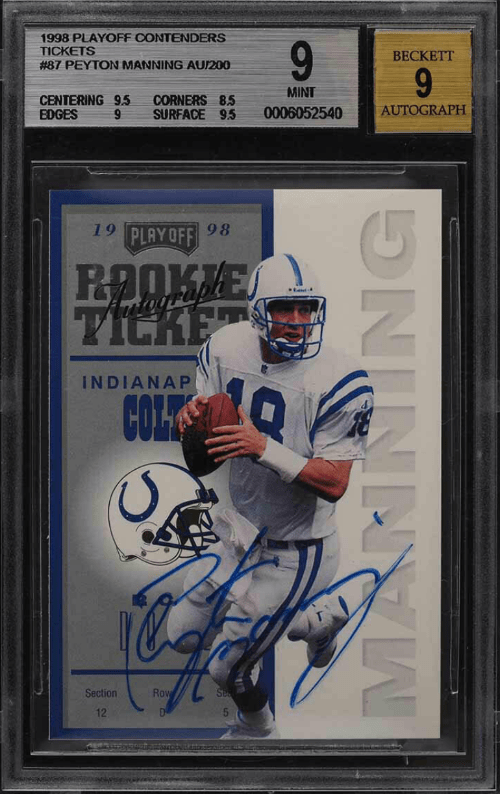 Peyton Manning is back again, with an incredible card for collectors. The 1998 Playoff Contenders is his only signed rookie card, and there are just 200 copies. There are a couple of unsigned parallels, with a common Red version and a Gold run limited to 25 cards.

The signature is a big thing, as some have begun to fade away over time. It’s also worth watching out for Red parallels, as some have been signed afterward. (They’re still valuable, but nowhere near one of the original autographed versions.)

In terms of price, Heritage sold a PSA 10 version in November 2016 for $52,580, giving some indication of just how valuable they are to the average collector. It’s seen as his most important rookie card, and it’s the most likely to sell for more in the future. PSA currently estimates that a gem mint version is worth $65,000.

These are not only some of the best players/cards of the 1990s they are some of the best of all-time… when you have Manning (not Eli Manning), Favre, and Walter Payton on the list you are doing pretty good (boy is that an understatement).

If you can afford any of these cards but them and lock them up in your safe for 20 years (their value should appreciate as much if not better than a blue-chip stock such as Pepsi or Walgreens).