Funko Pops has quickly become one of the most popular collectibles over the past decade. Case in point, I have a couple sitting on a shelf behind me.

There’s likely to be a Funko Pop set to match your interests, while they’re also an excellent opportunity to make money if you manage to get hold of a complete set of older figures.

Here are five of the most popular Funko Pops of all time, in order of pure popularity and overall interest.

Who lives in a pineapple under the sea?

Spongebob SquarePants is one of the more popular shows to be given the Pop! Treatment, especially when looking at figures that date from the early years.

As one of the first Funko Pop Vinyl sets, many will sell for inflated prices in the present day. They are also one of a few to feature mouths, helping to capture the essence of the characters.

Further models have been released from 2018 onwards.

Spider-Man is next up, with a variety of expensive early options. Take the 03 Marvel Universe – Spider-Man Metallic figure, produced as a Limited Edition model with only 480 copies worldwide.

It was distributed through San Diego Comic-Con, while Japanese versions are limited to 1000 figures. This is exceptionally low compared to modern ‘limited edition’ production runs, which can reach as high as 20,000 or even 40,000 or more. Spider-Man is always a popular franchise and will probably be rebooted at least once per decade until the end.

Michael Jordan collectibles are a massive market. From MJ rookie cards to his signature clothing line, anything with his image attached is sure to make money hand over fist. We’ve looked at Jordan Funko Pops in the past, of which there are 13 to chase.  The first release came early in 2019 at Foot Locker locations, and they’re already selling for three figures.

That’s a massive leap in value, especially as they only came out a few years ago. A good option would be #56, a rookie-year Jordan in a 1980s Bulls uniform.

Star Wars is one of the world’s biggest franchises, even if their stock has fallen ever so slightly with the recent release of a trio of lukewarm films. You’ll find some of the rarest figures, such as an exclusive gold Luke Skywalker Funko Pop vinyl limited to only 80 pieces. This was released as part of SDCC 2019.

Then there’s a Freddy Funko (as Yoda) SDCC Special Edition, an SDCC 2019 exclusive limited to only 450 pieces. Star Wars is a great place to look for some of the rarest Pops. 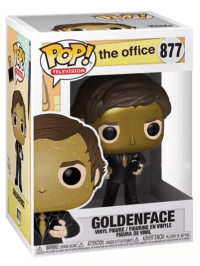 Possibly the most successful TV show to ever hit streaming services, The Office has single-handedly kept Netflix going through lean times. It was streamed for 57.1 billion minutes in 2020, and that’s just the data for U.S. audiences.

The point is that it’s up there as one of the most popular shows ever, so The Office Funko Pop! figures are always in high demand. There are 45 to collect, including a couple of double packs, while they plan to release more Office-themed models throughout 2020. 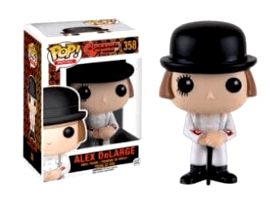 The hit HBO show Game of Thrones propelled this Funko Pop to number two in the rankings.

Dumbo Clown Funko Pop debuted at the 2013 San Diego Comic-Con 2013 and is third on our most expensive Funko Pop list.

The Circus scene from Dumbo is the main idea behind this ultra-expensive Funko Pop as Dumbo is dressed up as a circus clown. A big hit with kids. It is believed to be worth around $7,300.

The Stan Lee Signed Pops in Metallic is fourth on our list clocking in at $6,000. Many experts in the Funko Pop arena believe the Stan Lee Funk Pop has the best future ROI of the 5 on this list and could eventually take the top spot.

Glow in the Dark Frankenberry Freddy Funko Pop was first released in 2011 at an ultra-low price of $725. This is by far our favorite of the five listed here.