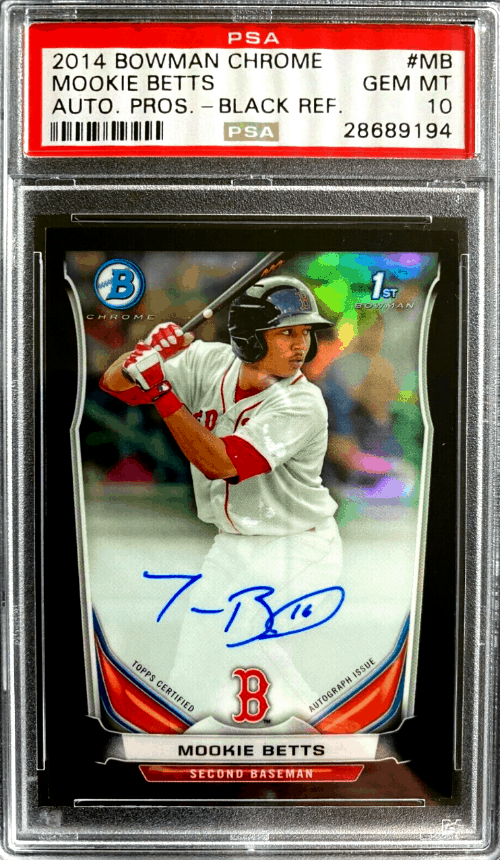 Mookie Betts is an MLB outfielder for the Los Angeles Dodgers. He was born on 10/7/1992 and was drafted in the 5th rd of the 2011 MLB June Amateur by the Boston Redsox.

Mookie is one of the better outfielders in the big leagues and hopes to contend for a World Series with the LA Dodgers.

Here are the top 3 Mookie Betts rookie cards in terms of return on investment year in year out. 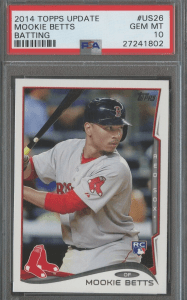 Here is one of the better Betts rookie cards for the money.

Not only is it price reasonably on eBay but you should also be able to find more than one up on auction at any given time.

The 2014 Mookie Betts Topps Update card is numbered #US26 and is a no-brain investment for Betts fans. 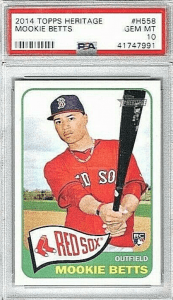 Another Betts Topps rookie card with a throwback look to it.

The card is #H558 and shows Betts holding a bat with a disgruntled look on his face (maybe he was mad with his rookie contract). 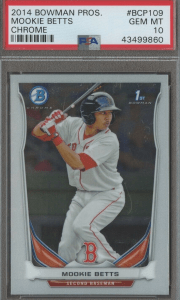 The 2014 Mookie Betts Bowman Chrome card is our favorite and is available in a variety of parallels. 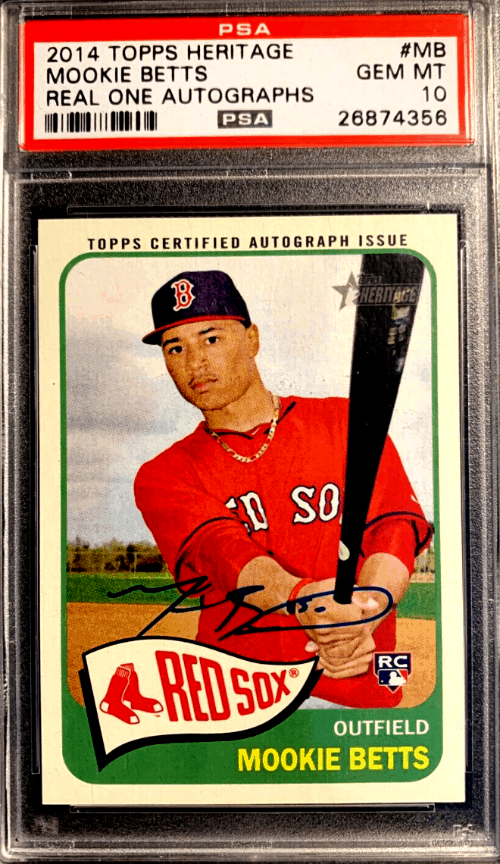 Looking to buy a Betts RC but need advice? DM us at the Gold Card Auctions Facebook page or email us at advice@goldcardauctions.com.

Mookie reminds us of a boring stock that keeps producing year in year out. He totally flys underneath the radar (although that has changed somewhat since moving to the Dodgers) and goes about his job professionally.

He will probably never win another MVP but Betts rookie cards are a solid long-term buy especially now that he is on the Dodgers (World Series Champs?).