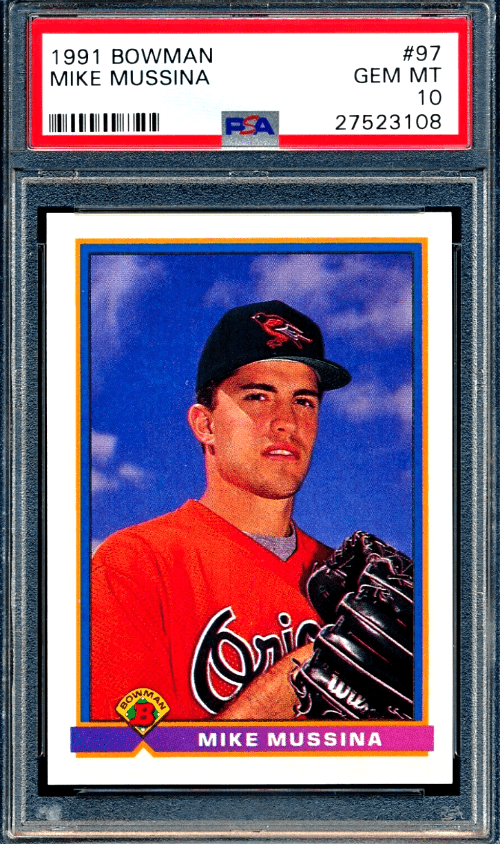 Must Read: Best Sports Cards To Invest In 2021

Here are three of the best Mike Mussina rookie cards, along with investment advice if you’re tempted to pick up a couple of copies in the near future.

Released in 1991, the majority of Mussina’s RCs were prone to being mass-produced. Rather than thousands of copies, many were produced in the millions, leading to an excess of copies in the present.

“Supply tends to exceed demand, which has an effect on both the asking price and popularity, even when looking at versions that have achieved a high grade.” 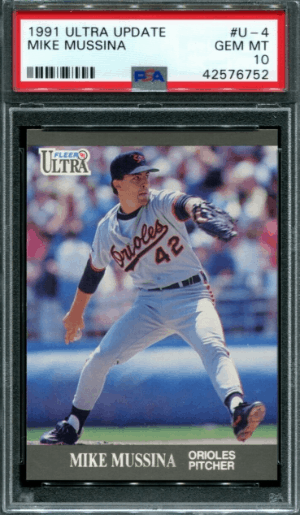 The 1991 Fleer Ultra Update is the first Mussina RC to make the list. It was originally sold as a 120-card supplement to the first Fleer Ultra set, while it was only available in hobby shops.

This has led to some scarcity compared to the average cards from the era, making for one of the better choices overall. It features an image of the player as he winds up to pitch. 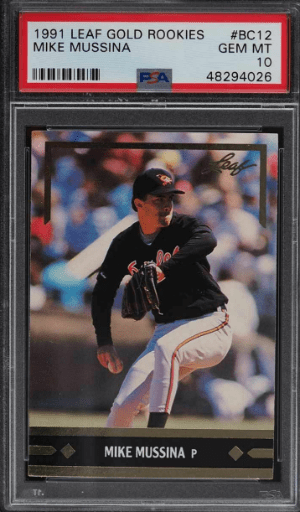 His Leaf Gold Rookies is another viable option if you’re on the market for rare editions. The Gold Rookies insert cards are black with gold foil, while there’s also a rare Mussina card with #276 instead of #BC12 numbering.

As with the card above, it features an action shot of Mussina doing what he does best, with a determined look on his face.

A modest card compared to the others, Mussina’s 1991 Bowman RC suffers from the sheer amount of copies that are available on the market at any given time. It does benefit from an understated design, featuring Mussina in a profile shot from a flattering angle which is slightly lower than usual.

Aside from a small name tag and the Bowman logo, the card is reasonably plain and feels like a throwback to earlier releases. 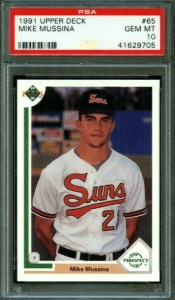 A recent entrant in the Hall of Fame, his perceived averageness has worked against him in the past. For example, In 2014, Mussina received 20.3% of the vote on his first HoF ballot (75% required for induction).

On January 22, 2019, he was elected to the National Baseball Hall of Fame and Museum, receiving 76.71% of the vote. He only just made it, in spite of being somewhat overshadowed by bigger names during his career.

There are a couple of decent options when it comes to Mussina RCs, but they’re not especially rare, and there’s a lack of signed options. From an investment perspective, we’d probably stick with more established Hall of Famers or somebody special from the current crop of stars.