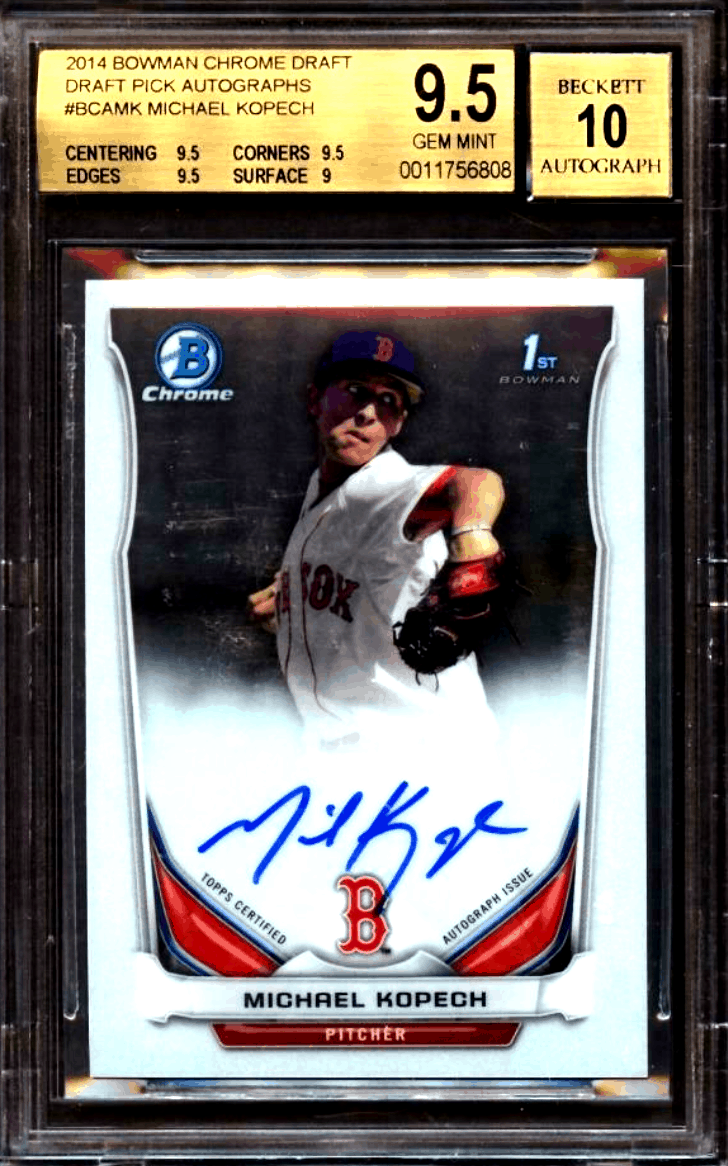 Michael Kopech is one of the best young pitchers in all of baseball and could potentially be mowing down batters for years to come. Kopech was drafted straight from high school to the major leagues by the Boston Red Sox in the first round with the 33rd selection in the 2014 MLB draft.

Kopech was later sent to the Chicago White Sox as a key piece in the deal that brought pitcher Chris Sale to the Boston Red Sox.

Kopech’s fastball is his best pitch and he throws it very well. Kopech has publicly stated that his goal is to throw a 107 mile-per-hour fastball in-game. Aroldis Chapman is currently known as one of the leagues hardest pitchers as the closer’s fastball has been clocked at 105 miles-per-hour, but Kopech hopes to bring even more heat and do it as a starter rather than a closer.

While Kopech does have a great fastball, he will benefit greatly from developing the rest of his pitches as he has a tendency to overly rely on his favorite pitch. In his four major league starts, Kopech threw his fastball on 62.5% of pitches which is a fairly high percentage. Over-reliance on the one pitch, while it is an extraordinary pitch, makes him predictable for batters and easier to hit off of.

He made his major league debut in 2018 and made four starts where he finished 1-1 but with an impressive 15 strikeouts and only 2 walks. Kopech was one of the favorites for 2020 AL Rookie of the Year before he withdrew from the season due to concerns surrounding the coronavirus.

There are plenty of Michael Kopech rookie cards and it can be hard to tell which are the best ones. We have limited it down to the top three for investors.

Let’s take a look at the best Kopech rookie cards for your investment coin. 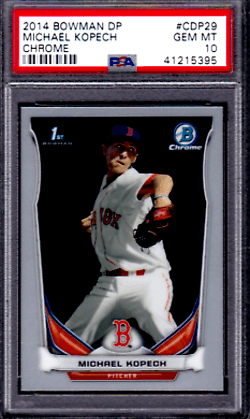 This card is from when Kopech was a part of the Red Sox minor league system. It shows him mid-pitch and has an autograph on the card. Bowman Chrome is one of the most popular baseball subsets and a player’s first Bowman Chrome card is often very popular.

This autographed Bowman Chrome card of Michael Kopech is no different and is one of the most popular cards for the star prospect.

Investors will want to own one of these Bowman Chrome cards if they believe that Kopech can become a dominant force in the majors and drum up some interest in his cards. 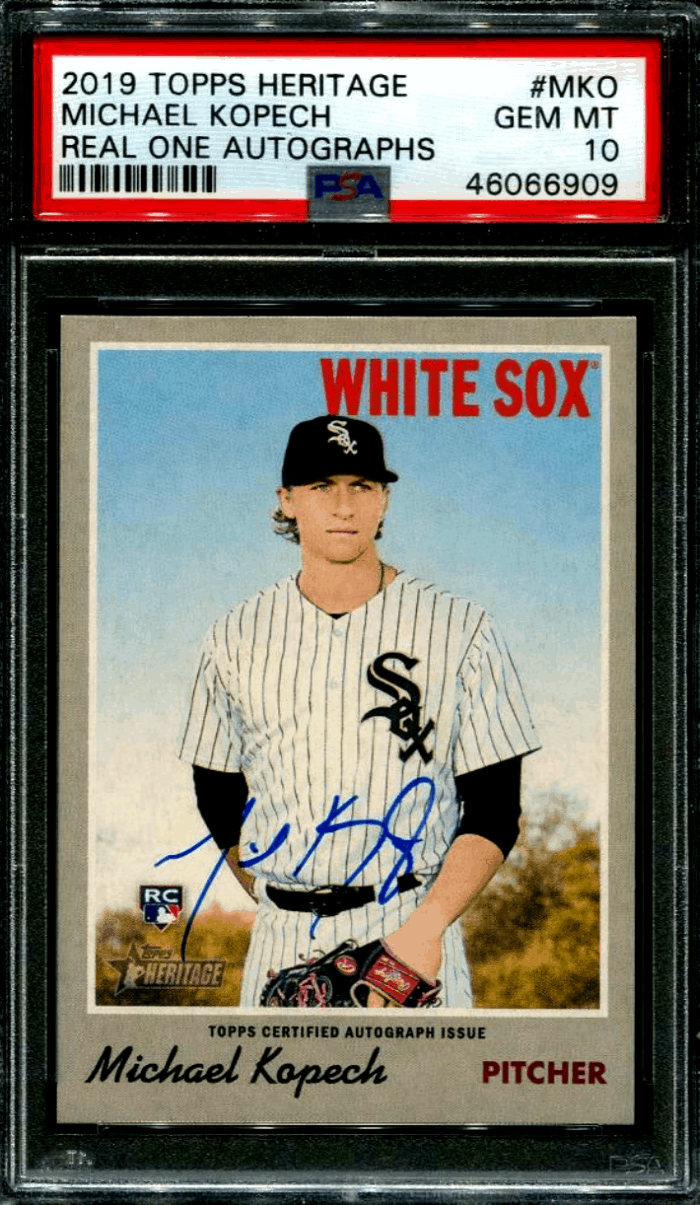 This card has an interesting design where Kopech is in his White Sox uniform and is holding the ball behind his back. The card has a vintage feel that is consistent throughout but was made in 2019. 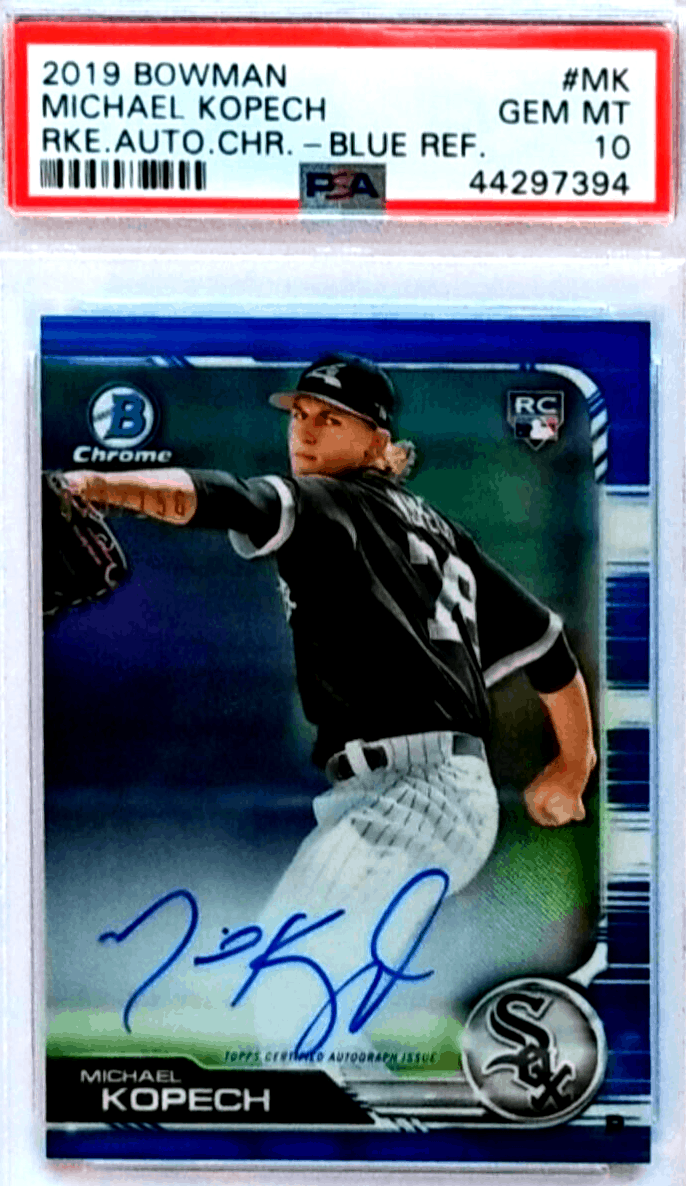 This is the 2019 Bowman Chrome card of Michael Kopech and is not the first time he has appeared in the set. The on-card autograph grabs the eye right away and will attract the eyes of potential buyers.

This card is a solid choice for investors, but they could do better by going with the 2014 Bowman Chrome unless they opt for one of the rarer refractor cards. Kopech is a part of an exciting young core in Chicago and investors who believe in him will want to own some of his cards. 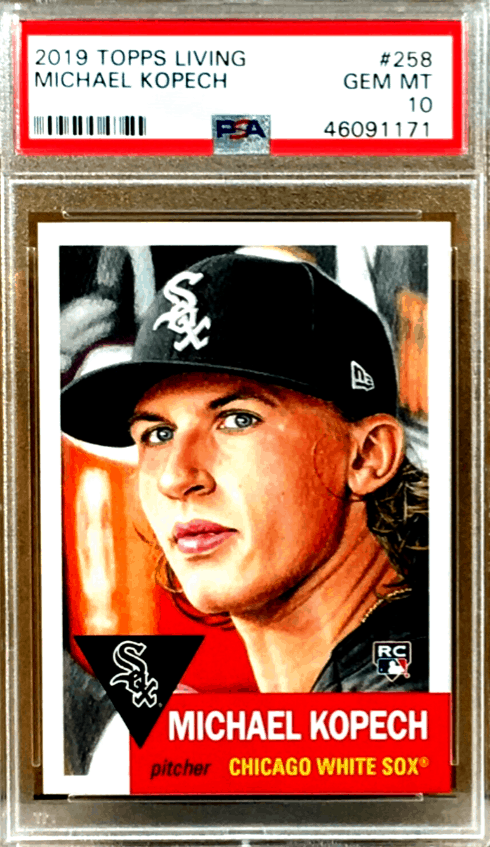 To date, the most expensive Michael Kopech rookie card sold (that we’re aware of) is his 2016 Bowman Chrome Superfractor.

His rookie cards are somewhat undervalued based upon his ceiling.

If you would like advice before buying a Michael Kopech rookie card please DM us on the Gold Card Auctions Facebook Page… cheers!

The White Sox will want to see a more complete arsenal from Kopech before they unleash him upon the league as a legitimate ace. If his off-speed stuff can catch up to his fastball than Kopech will be a force to watch.

The Chicago White Sox have some of the best young prospects in the game and have been hyped up as one of the teams to watch for the future. Kopech figures to play a major part in the team’s future and if he does live up to his high expectations than those that own his card will see a major return on their investment.

Of course, not every prospect turns out and Kopech has had his share of setbacks including Tommy John surgery and now mental health issues… but watching Kopech throw his fastball can turn doubters into believers in an instant.

Investors should take a close look at all the top prospects and Kopech is no exception as he has the stuff that could dominate the MLB for years to come.

If (and that is a BIG if) he can overcome mental health issues and rack up the accolades and have a long, successful MLB career than his rookie cards will skyrocket in value, and investors who managed to purchase now will be extremely happy.

BUT… these IFs are too BIG for us right now…