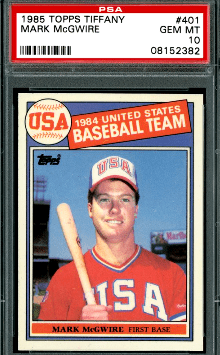 He is best known for breaking the Roger Maris single-season home run record in 1998. McGwire, Barry Bonds, and Sammy Sosa were human highlight reels during the late 1990s and early 2000s, but many fans suspected help from a foreign substance in hitting these homers.

We’ve prepared a Mark McGwire rookie card checklist, three popular options, and an investment outlook for the next few years. 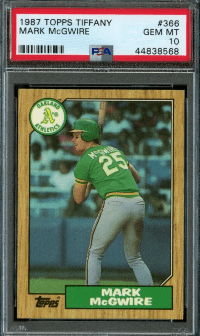 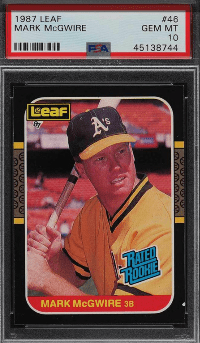 There’s a large Mark McGwire photo on the front that pictures him with a goofy-ass grin and the bat hung over his right shoulder. 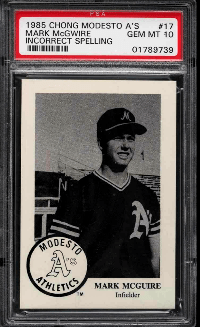 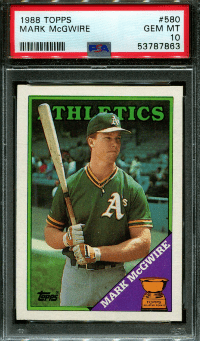 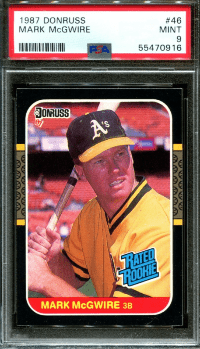 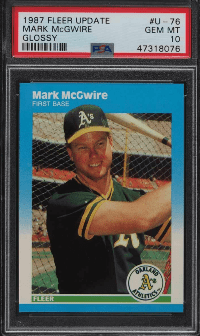 The first thing that stands out is the blue borders, and they immediately catch the eye. Unfortunately, they are also prone to chipping and may make it difficult to find in higher conditions. 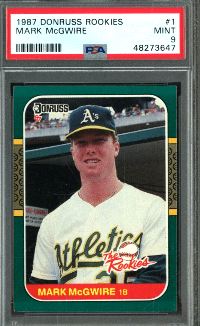 This McGwire RC has to be one of the oddest pairings on a baseball card. First, we love the phrase “Double Trouble” along the bottom, and second, could Eric Davis and Mark McGwire be anything but opposites? 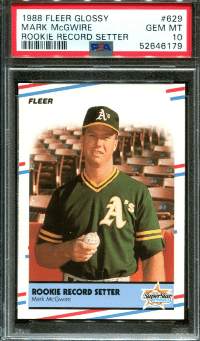 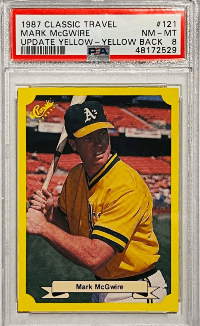 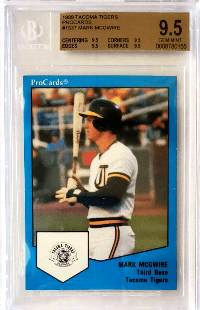 This is the only McGwire card that surprised us as we were unaware of its existence. So we gave it number 10 on the list. Cheers!

The most valuable Mark McGwire rookie card is the 1985 Topps Tiffany RC #401 at a PSA 10 or BGS 10 grade. And as we mentioned, one of our top cards in terms of long-term ROI.

If McGwire did not take steroids, would he have blasted over 60 homers?

But we will give him a little credit for taking some of the heat and eventually admitting to taking steroids. Unlike Sammy Sosa, who is hiding somewhere in Mexico and has white skin now?

Our prediction. Yes, but only by a player’s vote. And that should help his rookie cards maintain a pretty good ROI for the next 10 to 20 years.