Walker is one of the great Canadian baseball players as well as a 2020 National Baseball Hall of Fame inductee. Walker spent his long and decorated career with the Montreal Expos, Colorado Rockies, and the St. Louis Cardinals during which he managed to win one NL MVP award as well as be the MLB’s batting champion three times.

Larry Walker was known for his all-around game and smooth batting swing which he used to hit for great average as well as power. He was known as a player who possessed all five-tools and could impact the game in many different ways. Walker enjoyed most of his success during his time in Colorado, where he not only was in the prime of his career but got to play in the thin air that the altitude allows.

There were many different rookie cards made of Walker but we have limited the list down to the best three. 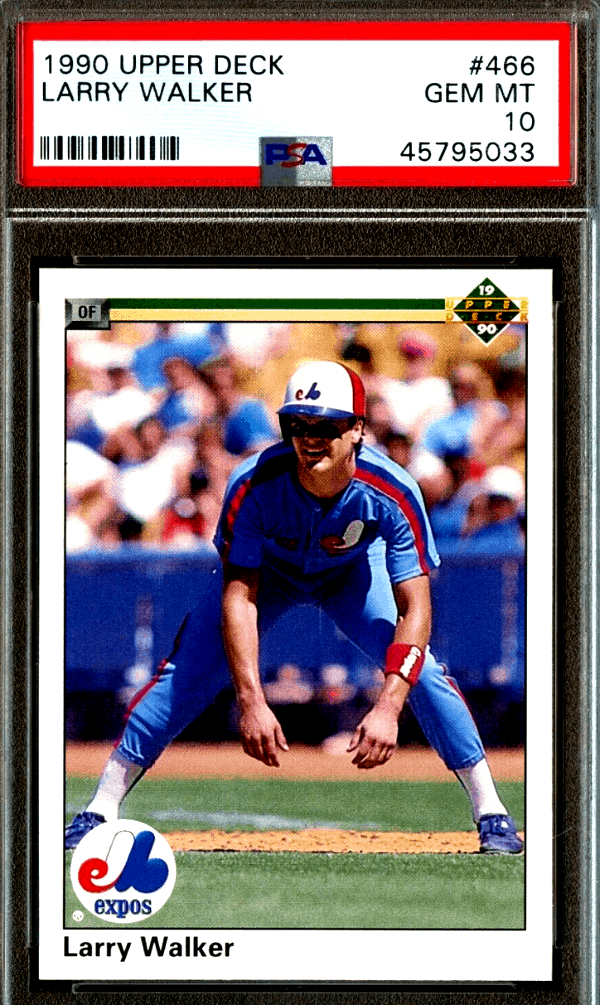 At the time of production for this card, Upper Deck were still the new kids on the block and their premium cards still had collectors everywhere fascinated. This one pictured Walker in his light blue Montreal Expos uniform as he is ready to swipe a base.

Upper Deck had stepped up the card game by using better materials as well as having their signature hologram printed upon each card. Consumers loved the new product and some of that love has carried over until today. 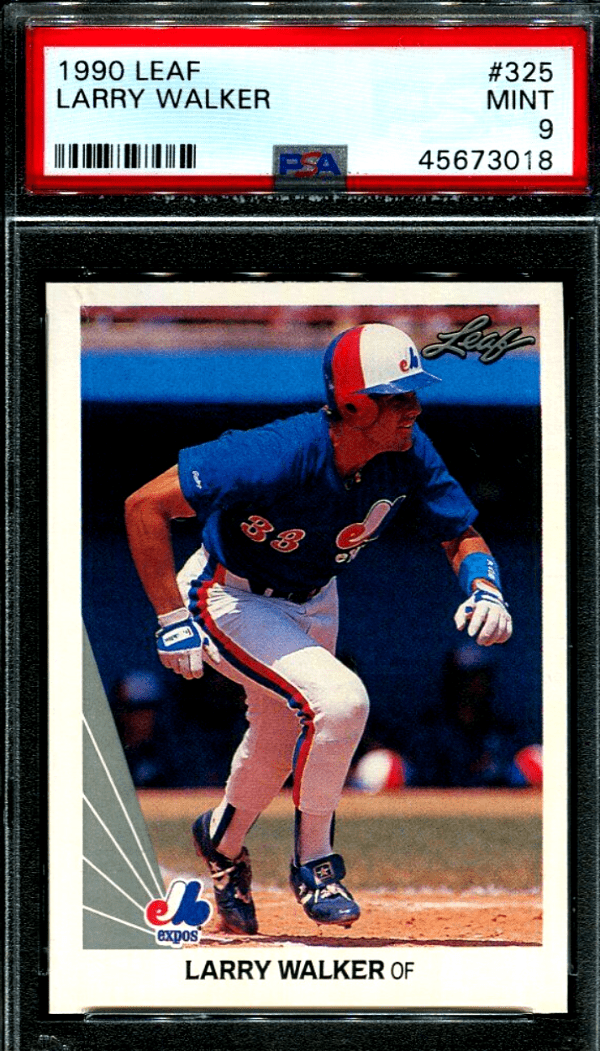 Leaf was another baseball card brand that was using higher quality materials to make more attractive cards. The 1990 Leaf collection is a favorite among many collectors due to its appealing design with its white borders imposed onto full-color pictures.

This Walker card shows him in the dark blue Expos jerseys as he attempts to make a dash from the batter’s box. You can see Walker’s number 33 on his jersey and the card overall has a nice look to it. 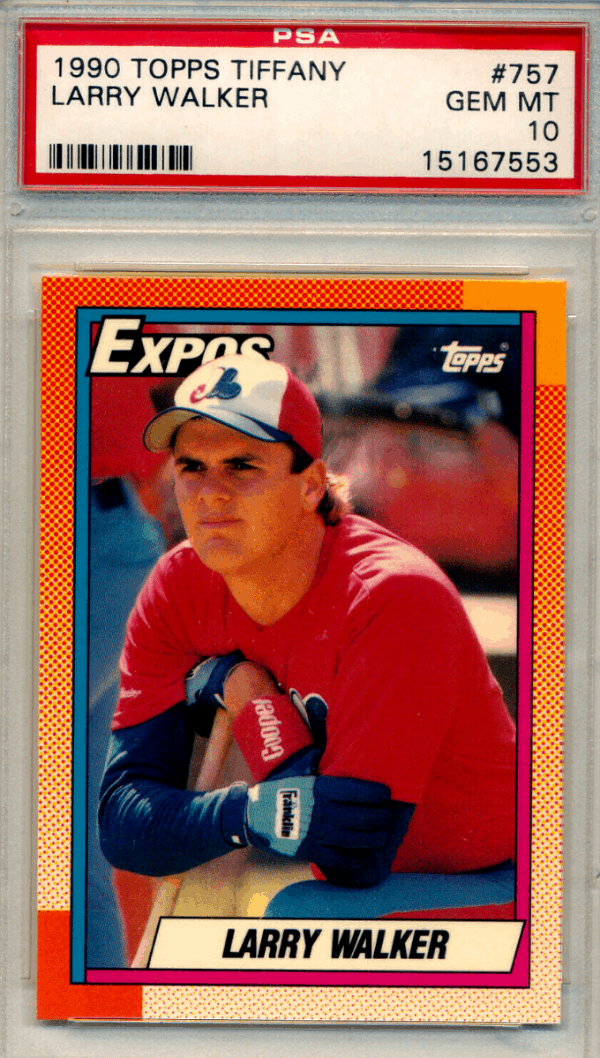 While the early 1990s were known as the “Junk Wax” era and many cards were overproduced to the point where they no longer had any value, the 1990 Topps Larry Walker rookie card has a “Tiffany” variation that was produced in lower numbers.

The “Tiffany” cards were made with a high-gloss finish on the front as well as on white cardboard stock. 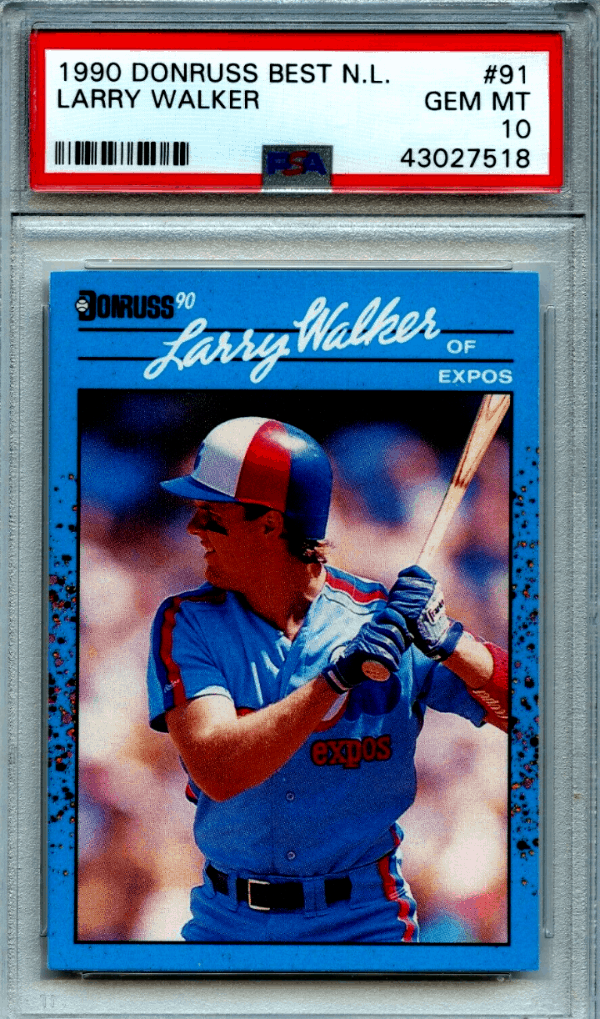 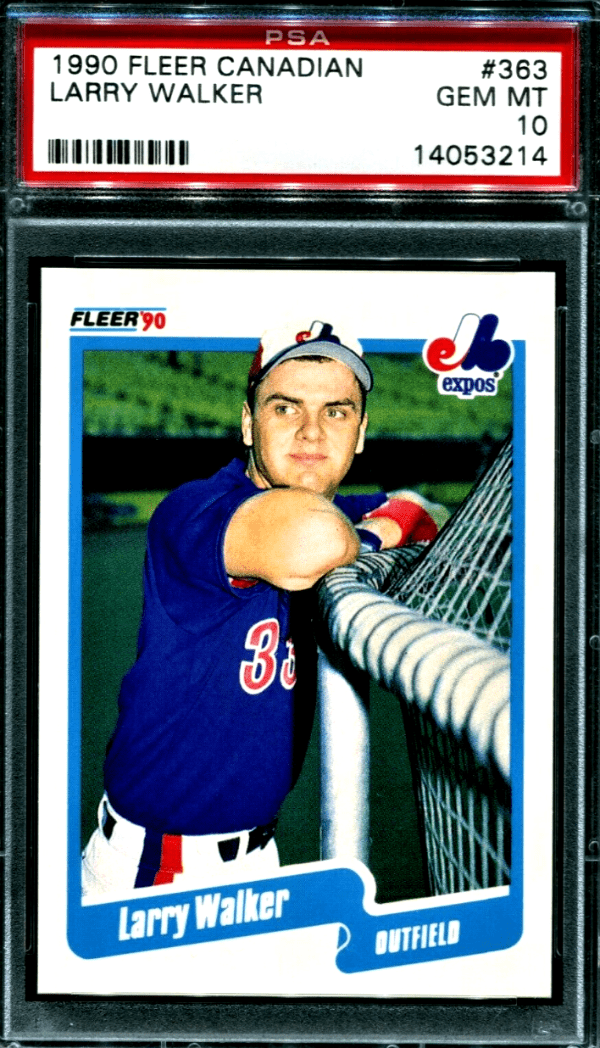 The value of Larry Walker rookie cards had a small uptick when he was elected to the baseball HOF… his RCs are currently priced about right with no major foreseeable price increases or decreases in the future.

If you would like our advice in regards to buying a Larry Walker RC please email us at advice@goldcardauctions.com… cheers!

Walker was named to the National Baseball Hall of Fame this year in what was his final year of eligibility. He had to wait 10 years for the accolade but that only makes the fact that he got in so much sweeter.

Making the Hall of Fame should enhance Walker’s card values slightly and investors who held one of these cards should be excited. As a legend of the game, no collectors should be avoiding Walker’s cards as he will be remembered in a positive light for many years to come.

Having said that we are not rushing to the auctions to make a bid on a Walker RC but we wouldn’t advise against it either.