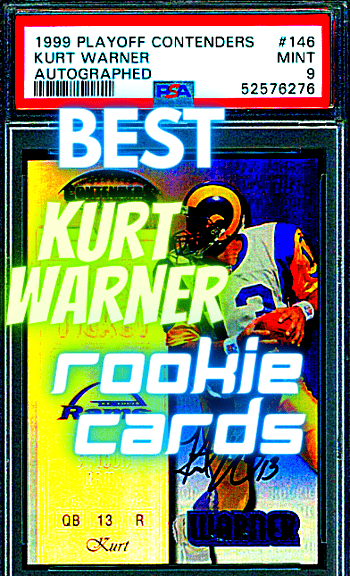 Kurt Warner had one of the most unique NFL careers of any player in league history.

After going undrafted in 1994, he was signed to the Green Bay Packers practice roster before moving on to play Arena Football for 3 years.

In 1998 he returned to the NFL as a backup QB for the St. Louis Rams and shot to stardom in 1999 when, in his first full season as an NFL starter, he led the Rams to Super Bowl glory taking home both the NFL MVP and Super Bowl MVP in the same season.

He would go on to lead his teams to the playoffs on 4 more occasions, being named NFL MVP once more, and was inducted into the Pro Football Hall of Fame in 2017.

Warner’s path to NFL stardom is so unique that his officially recognized rookie cards do not come until 1999, 5 years after he was first eligible for the draft.

There are also some interesting options available from his Arena Football days, but here we will just concentrate on his NFL cards. 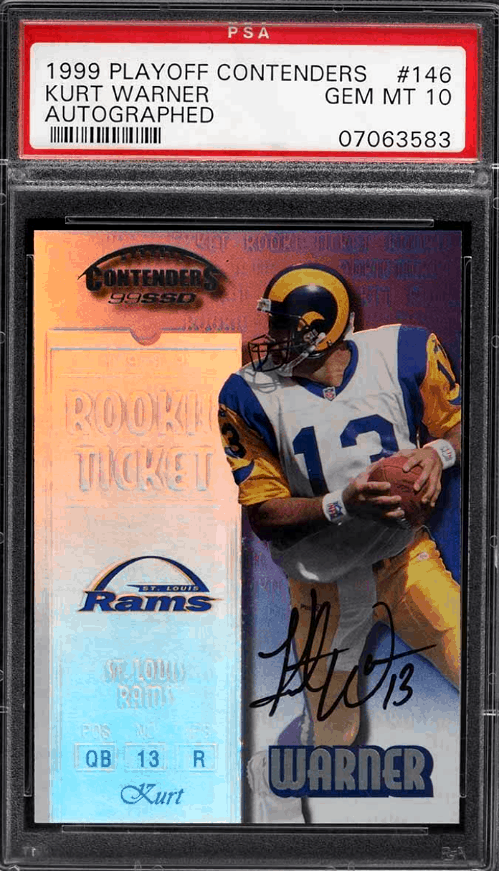 A staple of the rookie card list, it is no different for Warner, with him on the right in Rams uniform and the ‘Rookie Ticket’ on the left.

It features the number 13 which Warner wore throughout his career and the on-card autograph overlaps his legs.

The cards are no serial numbered but it is confirmed that there were 1825 cards produced.

You would have to pay out big bucks just to get your hands on this base version, and there are limited run parallels if you fancy something even more top end. 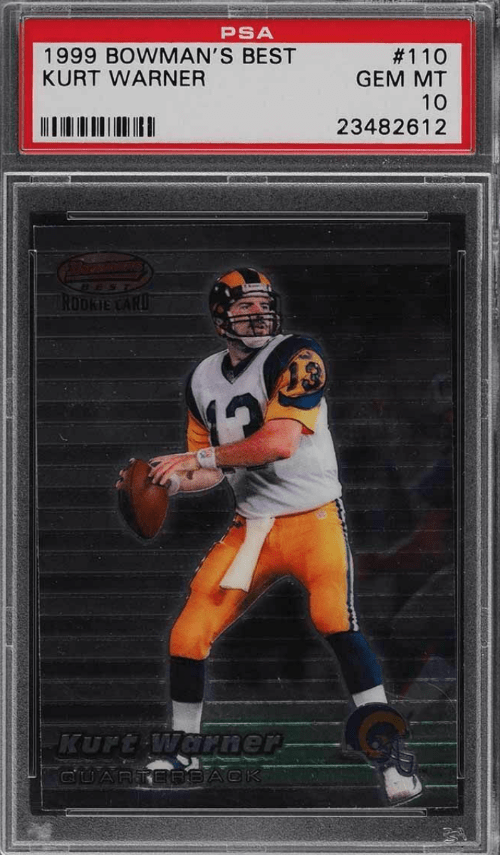 The Base Bowman’s card features Warner’s front and center as the main subject of the card, with a little detailing and blue background.

Like always with Bowman’s Best, there is an extensive list of parallels and inserts that make this a great option for every level of collector.

Ranging from the cheaper common base version to the extremely expensive and rare atomic refractor and many more in between, there really is something for everyone.

Not a card you would usually associate with high-end rookie cards, but that is a testament to just how much Warner’s career exceeded all expectations.

It features Warner in full Rams Uniform, which is overlayed by a white football in which his on-card autograph is featured.

The lack of a brand name reduces the value slightly, but you will still need to have deep pockets if you want to own a copy

There were just 500 produced, and uniquely they are all hand-numbered on the back in black ink. 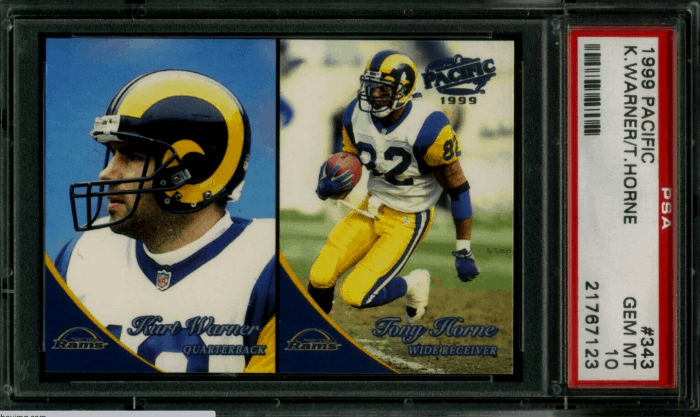 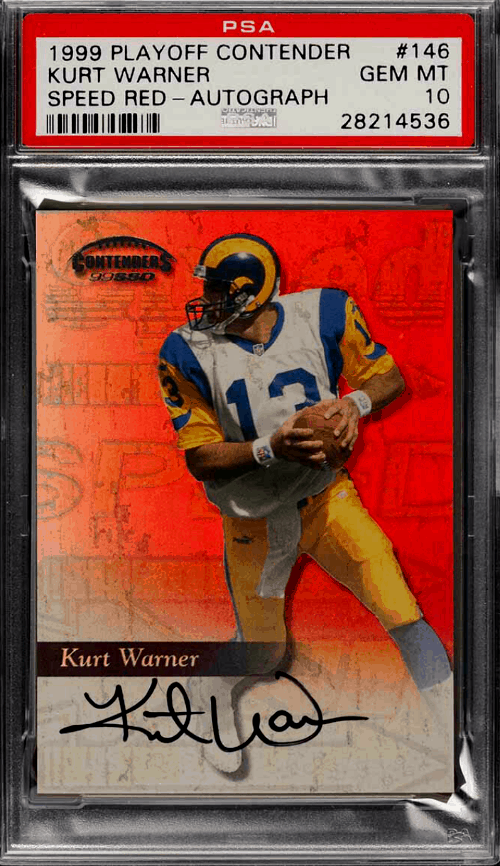 The most valuable Kurt Warner rookie card is the high-end 1999 Playoff Contenders Autographs cards i.e. Speed Red (as shown above).

If you are looking to buy a Kurt Warner rookie card and want advice please email us at advice@goldcardauctions.com or DM us on the Gold Card Auctions FB page.

Kurt Warner went from stock the shelves of a grocery store to Super Bowl MVP (view all Super Bowl MVPs). Talk about a zero hero story.

Not only did he win the Super Bowl but the numbers he put up in 1999 were mind-boggling… if Warner was playing in 2020 he would have tossed 100 TD passes that year… no joke.