Kobe Bryant rookie cards/basketball cards have been on an incredible tear over the past few years, in some cases gaining more than 400%. This incredible run is leaving card sharps wondering if Kobe card prices are due for a correction over the next year or so? 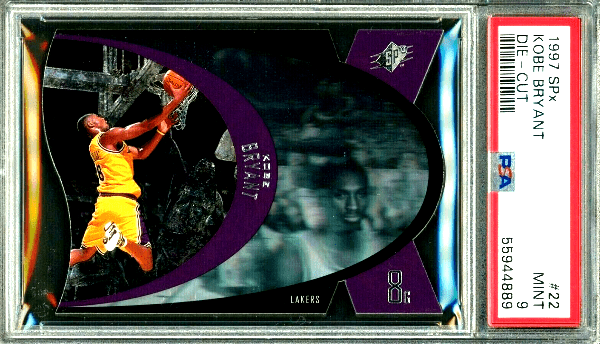 His tragic death following a helicopter crash in January 2020 also coincided with one of the biggest booms that the hobby has ever seen.

Will values are able to stand up to corrective pressure over the next 12 months, or will they settle at a new price, reflecting the aftermath of a crazy spell for Kobe card collectors?

Here are our thoughts on what the market looks like for Kobe cards over the next 12 months, as well as discussing what they could be worth thereafter.

A number of Bryant cards have sold for all-time highs over the last 18 months, fueled by increased interest in the hobby.

It also happens to be the all-time record sale for any Kobe Bryant card, highlighting just how hot his cards have been for high-end collectors.

It was one of five trading cards that sold for over $1 million each on the first night of Goldin Auctions’ major catalog sale that month, while two of the others were rare LeBron James rookies.

The point is, the entire market is booming, and it’s not just Kobe cards that have exploded in value.

This is partly due to COVID-19 and associated lockdowns, as most people were left indoors, as well as being handed additional money from the government that was burning a hole in their pockets.

Another factor is the major gains many were seeing from the crypto market, which is currently facing an adjustment of its own as prices have also dipped over the last month or so.

The manner of his passing is also a factor, as nobody expected it to happen in the first place.

He retired only three years before his death after a 20-year career in the NBA spent with the league’s most prestigious team.

It all began to add up, leading to extreme pressure on the prices of his rarest cards in a short period of time.

It’s tempting to think that cards are going to stay on an upward trajectory, constantly accumulating value as they sit waiting to be sold at a later date.

Any experienced collector will tell you that isn’t necessarily the case.

Bear in mind that Kobe RCs have shot up in value at an unprecedented rate. You could grab a PSA 10 copy of the 1996-97 Topps Chrome Refractor for roughly $14,000 in 2017, just after his retirement.

Collectors couldn’t sell them fast enough, while it seems unlikely that they can keep accumulating value forever.

Gem mint/pristine graded copies will be insulated from this fallout to some degree, but there’s no telling where the price will settle when all is said and done.

With Kobe rookie cards that are more readily available, the lack of rarity could lead to supply exceeding demand in the long term.

After all, most die-hard fans will already have a couple of cards in their collection, while prices will scare off many casual investors.

2022 could see a large corrective swing, especially when looking at less coveted cards from his rookie year.

2022 is difficult to assess, but we expect the prices of Kobe cards to swing the way of the general HoF card market. The prices of high-end HoF player’s cards have already started to drop but the bubble is not going to burst as some in the industry have predicted.

We foresee further minor to moderate losses in Kobe Bryant card prices before rebounding and starting another upward climb (although this climb will not be as steep or as fast as 2015 to 2021).

The majority of HoF/HoF Trending cards are likely to provide a superior ROI when holding for the long-term (15 to 20 years).

Kobe Bryant cards still have to be seen as one of the best long-term sports card investments in the entire hobby. Cheers! 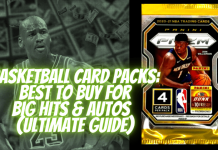