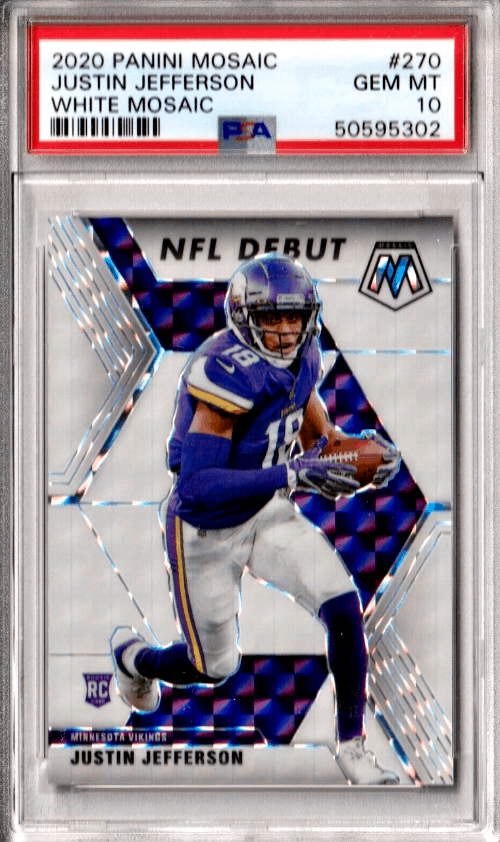 Justin Jefferson (6/16/1999) was drafted by the Minnesota Vikings with the 22nd overall pick in the 1st round of the 2020 NFL Draft. He played college ball at LSU catching passes from fellow rookie of the year contender Joe Burrow.

Let’s take a look at the top-rated Justin Jefferson football cards for investment purposes… please keep in mind the National Treasures Football Card Set will not be released until early 2021.

The 2020 Justin Jefferson Panini Mosaic rookie card is numbered #270 and is one of the better Jefferson rookie cards to invest in.

Mosaic shows Jefferson is shown with the rock running for his life in search of the end-zone after making a spectacular catch… run Forest RUN! 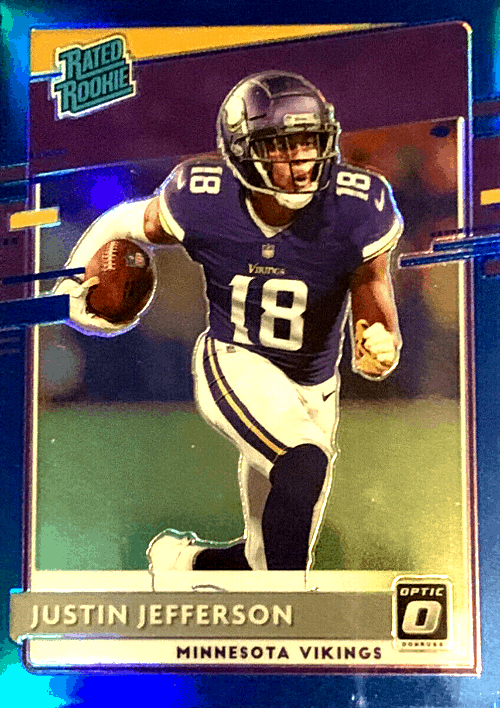 Here is another solid Jefferson rookie card for moderate investors even at high-end grades.

Numbered #P313 that card shows Jefferson sprinting down the sidelines with the rock in his right hand in the Purple People Eaters jersey.

His name, team name, and the Donruss Optic Logo are all placed at the bottom of the card from left to right. The classic “Rated Rookie” logo is placed in the top left-hand corner. 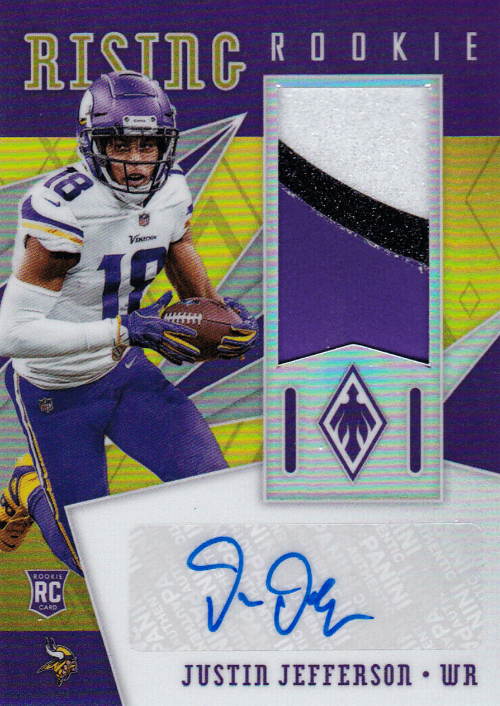 The last card on our list is the 2020 Panini Phoenix Rising Rookie Helmet Autograph numbered #RR-JU.

Only 25 of these cards are available which will make this an expensive card in the future if he goes on to have a HOF career and the card is graded at a PSA 9 or higher.

The patch is placed at the right-hand side of the card while his autograph is placed towards the bottom left corner along with his name and position (Justin Jefferson – WR).

If you are looking to purchase a Justin Jefferson football card but need advice please DM us at our Facebook Page or email advice@goldcardauctions.com. 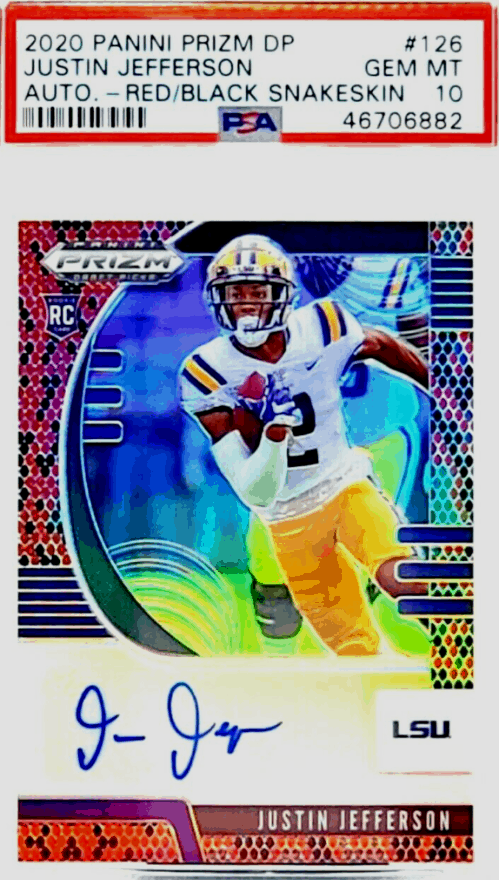 Justin Jefferson has proved early in his career that he is capable of big production and even though we are rating his cards as a pass that could change in the future if he continues to improve his game and gets a high-end quarterback to toss the pigskin to him.