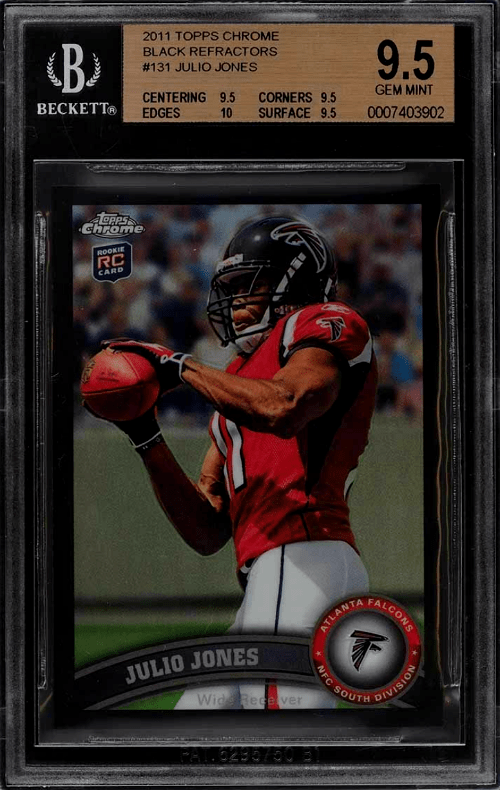 Julio Jones had 4 receptions for 87 yards in a crushing loss to the New England Patriots in the 2017 Super Bowl (the Falcons were up by 25 points in the 3rd quarter and could have literally run the ball on every play and won the game).

If not for that loss we estimate Julio Jones rookie cards would have an added value of 20 to 30%… yes a Super Bowl ring means that much.

Let’s take a look at the top 3 Julio Jones RCs for your investment dollar… if you have any questions or concerns about this list email us at info@goldcardauctions.com.

The 2011 Topps Chrome Julio Jones rookie card is a thing of beauty (in particular the Black Refractor blends perfectly with the Falcons home jersey).

Numbered #131 the card shows Jones looking the ball into his hands as the great wide receiver he is. The Atlanta Falcons Logo is placed in the bottom right corner while his name is centered towards the bottom of the card.

Must Have WR Investments

The Topps Chrome rookie card logo is plastered in the top left corner… a great-looking card and our favorite of all his RCs. 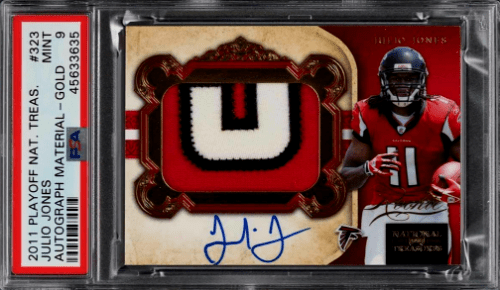 The 2011 Nationa Treausres Julio Jones RPA RC is intended for investors with DEEP pocketbooks as the card will cost well over 4 digits and maybe in 5 at Pristine grades.

Numbered #323 the card shows Julio casually jogging up the field in what appears to be pregame workouts. The Patch is placed on the right side of the card and it’s a very nice size patch… below the patch is the Julio Jones auto. 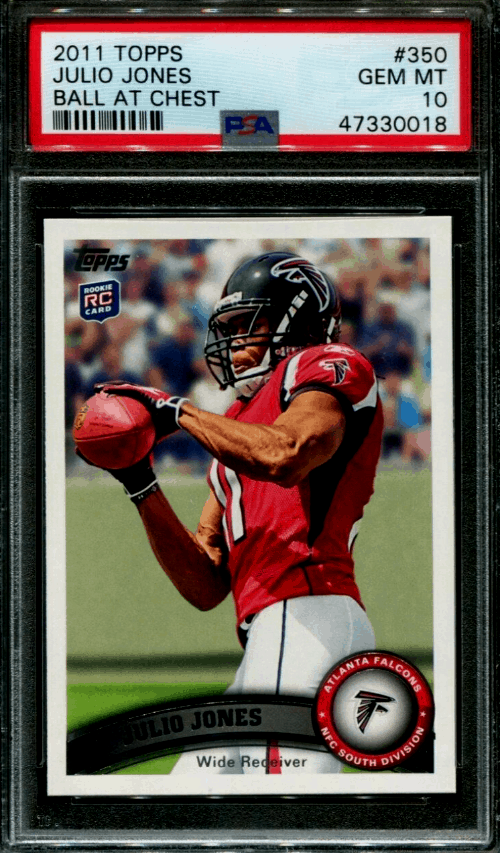 Numbered #350 the card had a white border and the Topps RC logo is placed in the top right corner… great investment for investors with smaller bankrolls even at higher grades (read PSA vs BGS vs SGC to learn which grading company is best for you). 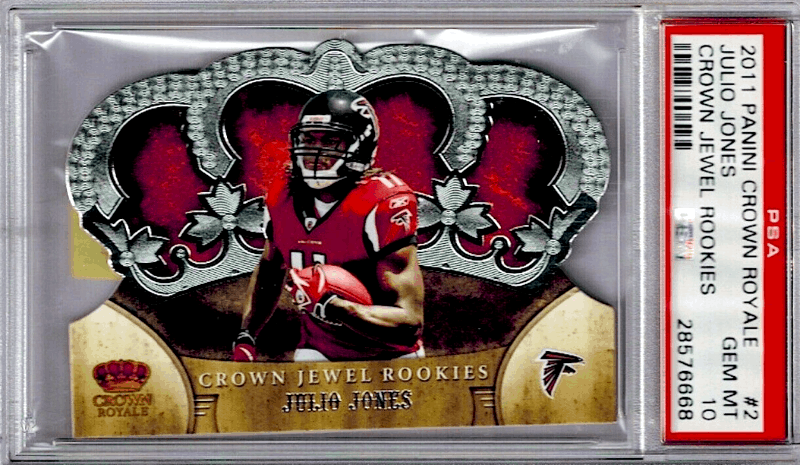 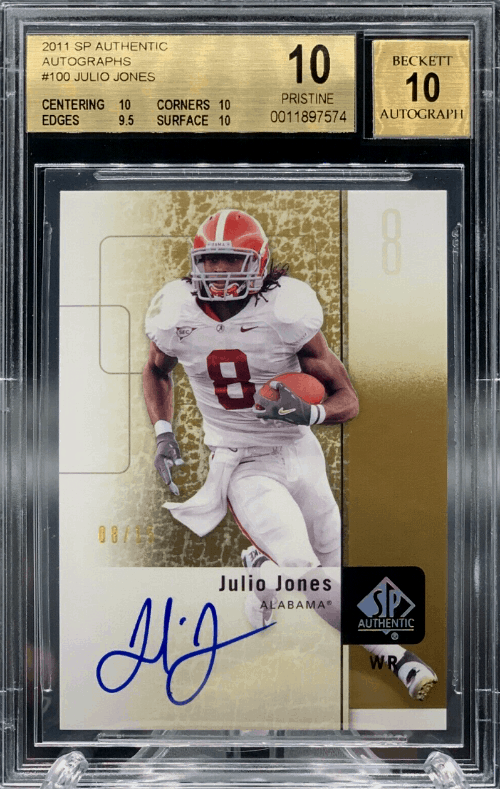 If you have a Julio Jones rookie card and would like an estimated value please email us at value@goldcardauctions.com (include 2 photos at minimum).

Few players in the league have had the longevity of Julio Jones. Every year he silently goes about his business and puts up some of the best-receiving numbers in the NFL… the only thing that has to kill him is that Super Bowl loss as we doubt he ever makes a return to the big shows (with the Falcons anyways… maybe he can sign a one-year mercy contract with the Bucs).

Even without the SB ring, Julio Jones is still a great player and one that deserves a spot in your investment portfolio… he isn’t a must-have but darn close.