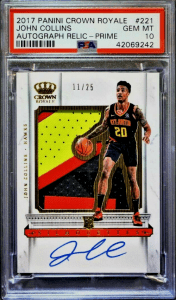 John Collins III was drafted by the Atlanta Hawks in the first round of the 2017 NBA draft (19th overall). He attended Wake Forest and is a Power, Forward. In the 2018 NBA season, Collins averaged a mind-blowing 19.5 points per game along with 9.8 TRB.

John Collins Rookie Year Stats: 10.5 ppg | 7.3 trb | 1.3 assists | 26 games started. He had a very solid rookie season and we believe his high-end cards have potentially a lot of running upward to do in the next few years.

The Hawks have made the playoffs in two consecutive seasons, advancing to the conference finals in 2021. Unfortunately, they lost in the first round to Miami in the 2022 NBA playoffs.

However, the Hawks still appear to have a bright future with Collins and Trae Young at the helm. As a result, Collins’s rookie cards could increase in value in the coming years.

These days, every player in every major sports league has rookie cards released. As a result, it should be no surprise to hear that the same is true for John Collins and the NBA. Here are 3 high-end John Collins rookie cards we would invest in now. 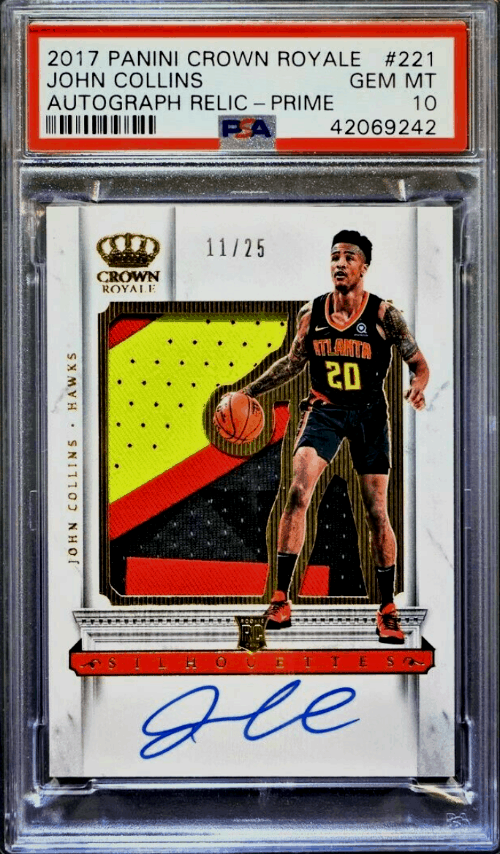 This is the best-looking John Collins rookie card in our opinion. We love the gold crown icon along with the yellow, red, and black color scheme on the patch.

An aspect of this card that really stands out is that there is an autograph at the bottom of the card. As a result, there is a chance for the price of this card to skyrocket in value if Collins develops into a star.

There are only 25 of these produced so consider yourself extremely lucky if you get your hands on one of these. 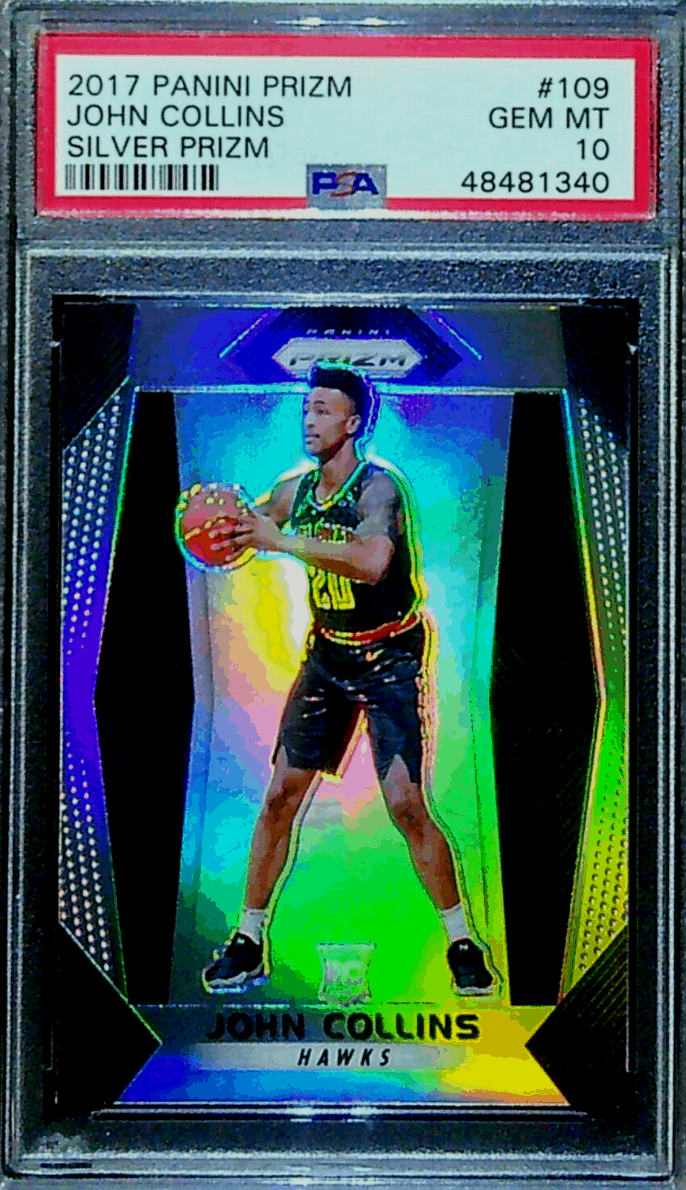 Perhaps his most sought-after rookie card in terms of popularity and number of cards up on eBay at any given time.

Numbered #109 the John Collins Prizm rookie card shows him in the act of dishing the rock while dripping in his black ATL Hawks jersey. 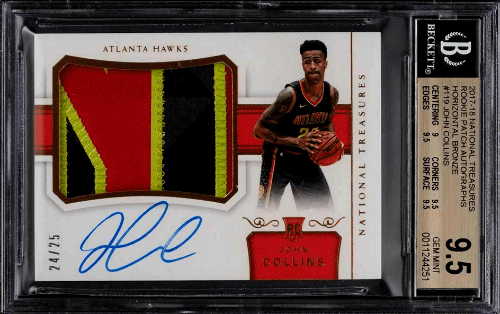 Back the money truck up if you want to get your hands on the John Collins National Treasures RPA RC. Now having said that if you think Collins is destined to be one of the better players in the league over the next 10 years it is pretty cheap at current values.

Numbered #119 the card pictures Collins on the far left, auto in the bottom left, and the game-used patch in the top right corner. The team name Atlanta Hawks is printed at the top above the patch. 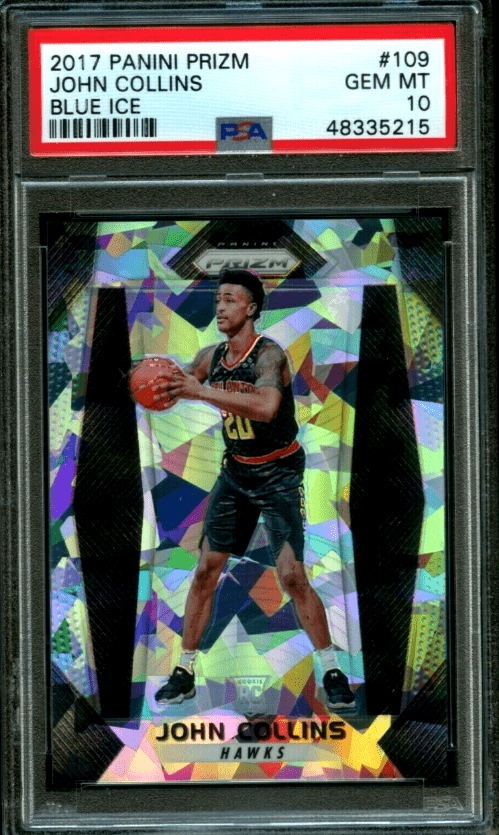 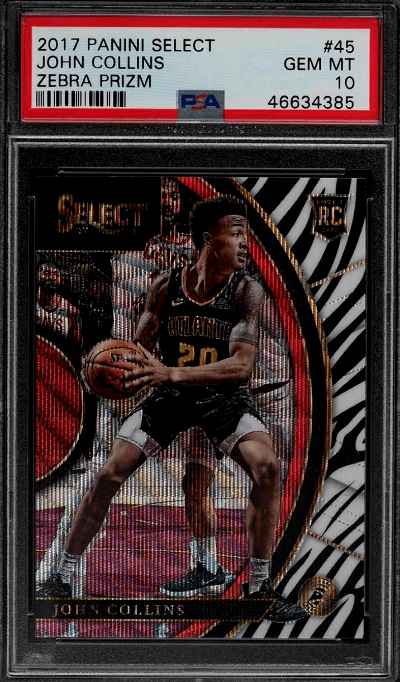 We believe John Collins has all the skills to be one of the better players in the NBA on top of already being a great locker room guy. If he can keep getting better year by year and obtain a supporting cast an NBA championship would not be out of the question.

When Was John Collins a Rookie?

John Collins was a rookie in the 2017-18 NBA season after getting drafted 19th overall by the Atlanta Hawks.

Although he wasn't the rookie of the year, John Collins was named to the NBA All-Rookie Second Team in 2018. He averaged 10.5 points, 7.3 rebounds, and 1.3 assists that season.

Is John Collins an NBA Star?

Unfortunately, Collins has not made an all-star team as of 2022. However, his current trajectory could lead to an appearance in a few years.