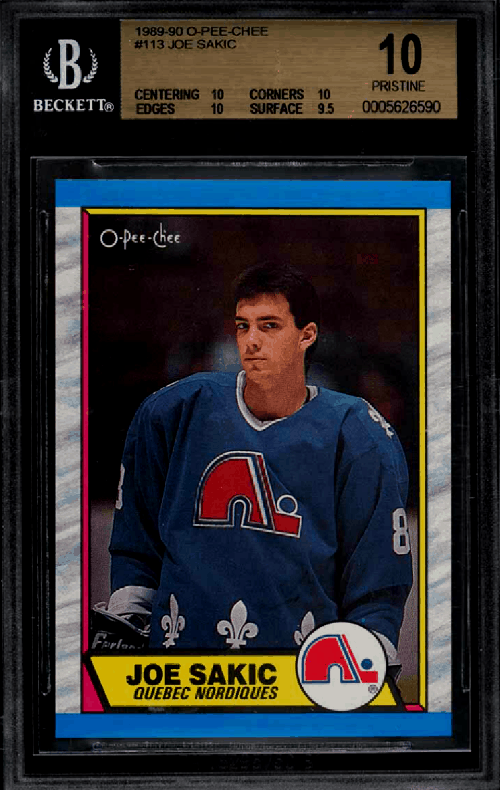 As natural leaders go, Joe Sakic (07/07/69) is up there with the very best. One of the most influential players to grace the ice, his exploits are legendary.

With Sakic as team captain, the Avalanche/Nordiques captured an NHL-record nine consecutive division championships from 1995 to 2003.

Having retired in 2009, the former Avalanche captain has just finished his seventh season as Executive Vice President of Hockey Operations for the team, furthering an association that started in the late 1980s.

Here’s everything you need to know about the best Joe Sakic rookie cards, including investment advice if you’re hoping to cash in on nostalgic Canadians in the future.

Despite his importance as both a player and a captain, he was a victim of the lack of parallels and RC options found in the late 1980s. This means that he only has two RCs to pick from, and they look similar. 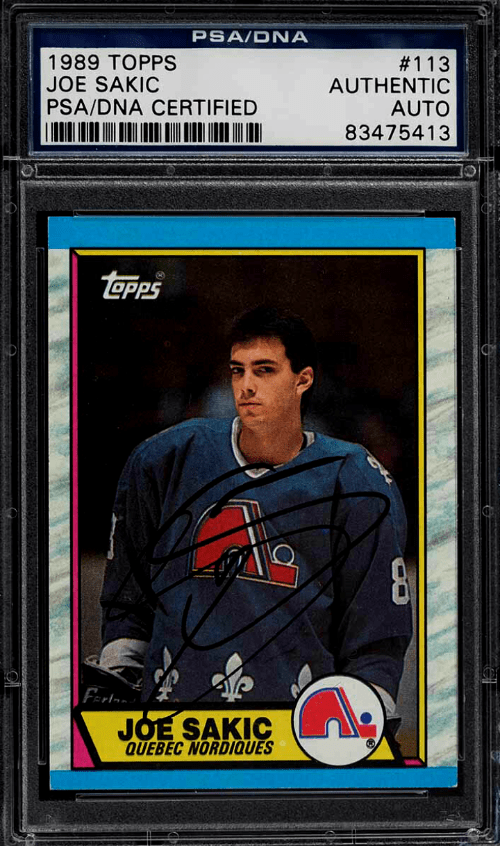 Sakic’s 1989 Topps card is what we’ll begin with. It features a simple posed profile shot of the player, looking towards the camera with a blank expression on his face. It’s not especially notable, aside from the border design which has a Fresh Prince feel, and the old Nordiques logo.

The blue edges make it a bit more difficult to find gem mint copies, which will sell for a four-figure fee if they’ve been professionally graded.

O-Pee-Chee (OPC) is Topps’ Canadian counterpart. In most cases, OPC hockey sets tend to carry a significant premium over the Topps versions, as they were typically produced in lower amounts. However, this set is an exception, as both were overproduced significantly.

Visually, it’s almost identical to the Topps card, aside from a small O-Pee-Chee logo found on the top left corner. They even share the same card number (#113). However, the reverse is bilingual to cater for a French/Canadian audience, so it’s easily identifiable on either side. 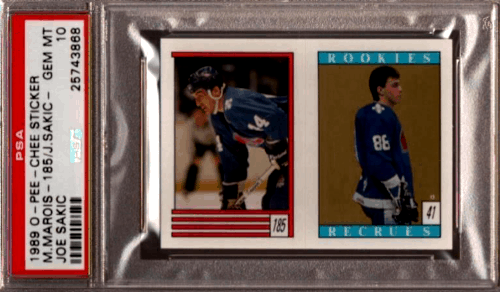 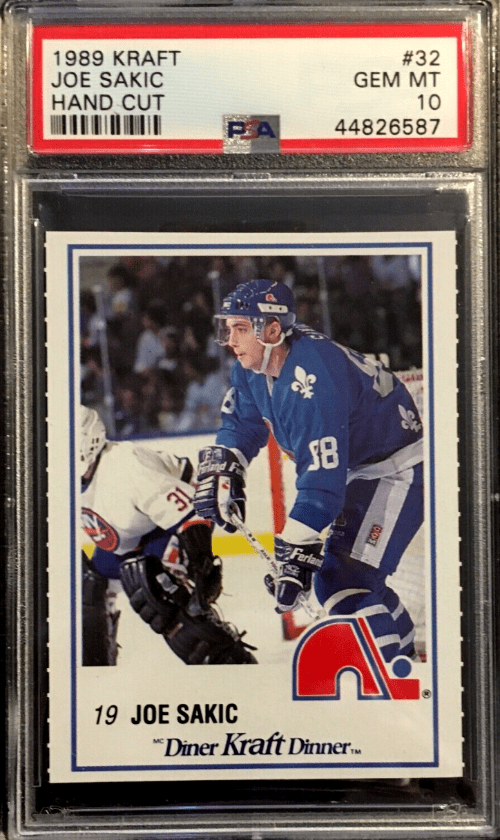 If you have a Sakic hockey card and would like an estimated value please email us at value@goldcardauctions (include 2 photos at minimum).

From leading Team Canada to its first ice hockey gold medal in 50 years at the 2002 Olympics to scoring at least 100 points in six different seasons, Sakic is one of the better players in recent memory for a number of reasons, including his numerous NHL and franchise records. He’s still affiliated with the Avs to this day, which makes him a prime collectible for fans of both club and country.

From an investment perspective, Sakic looks to be a decent option, despite the lack of RCs. You’d think that there would be a clear preference for the OPC version, but they were produced in similar numbers, and that’s reflected in the asking price for gem mint copies.

If you do plan to pick up a copy, we’d stick with PSA 10 grades if possible. They’re the only ones to hold any real value, while there’s decent potential for prices to rise in the future.

It’s just that they were released during the junk wax era, and the lack of any rare parallels or signed cards is another factor to consider