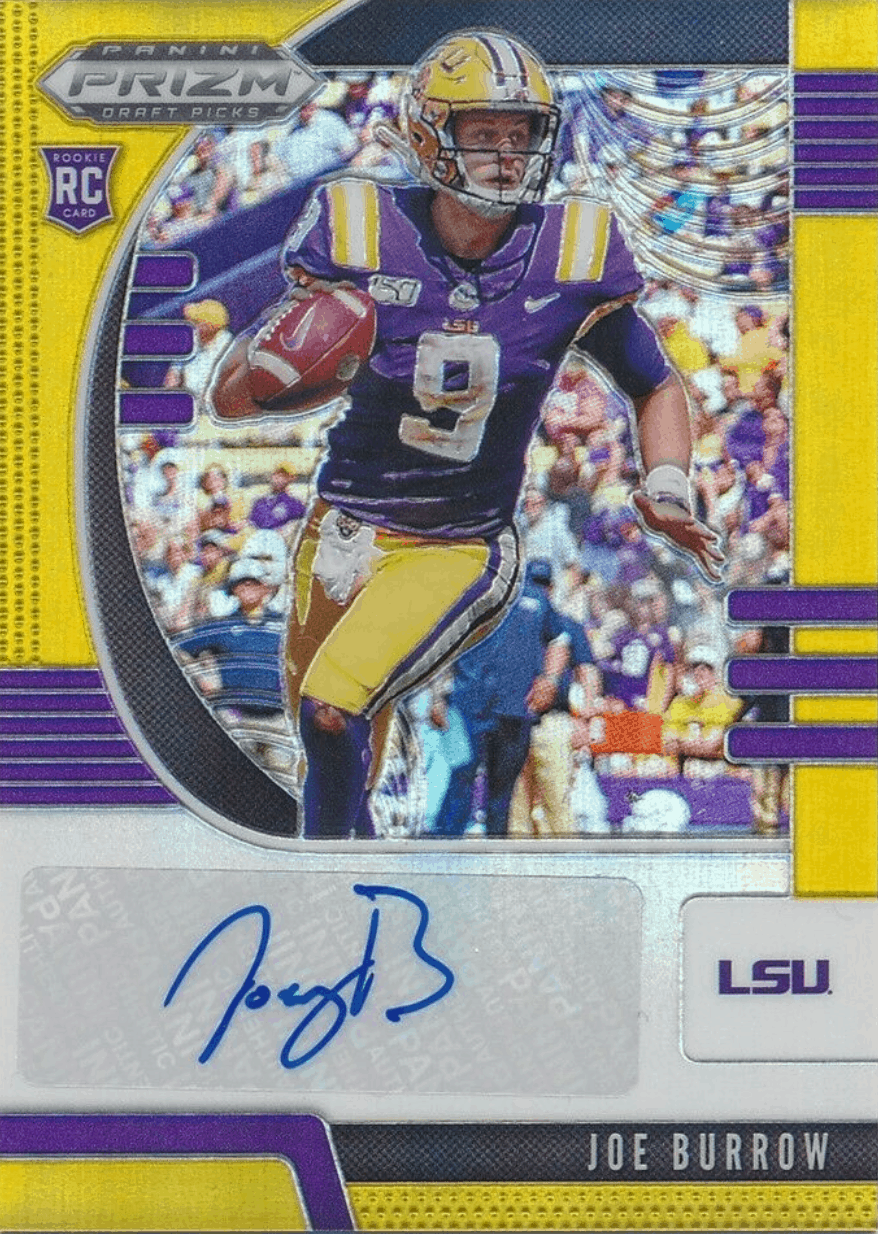 Joe Burrow rookie cards are slowly starting to roll out and become available with some getting over 40 bids on eBay. Once the big-time brands start releasing his rookie cards… WATCH OUT! Burrow won’t be on the craziness that Zion Williamson Rookie Cards were but it will be in that neighborhood.

We have listed four Joe Burrow rookie cards we would feel somewhat comfortable buying if you feel he is going to be the next great quarterback in the NFL (to see our thoughts on this matter scroll down the page to investment outlook). 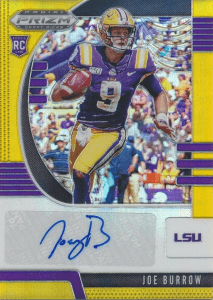 This is one of the more expensive Burrow rookie cards and shows him running for his life while looking for an open wideout or tight end… knowing the season he had in 2019 he most likely connected. 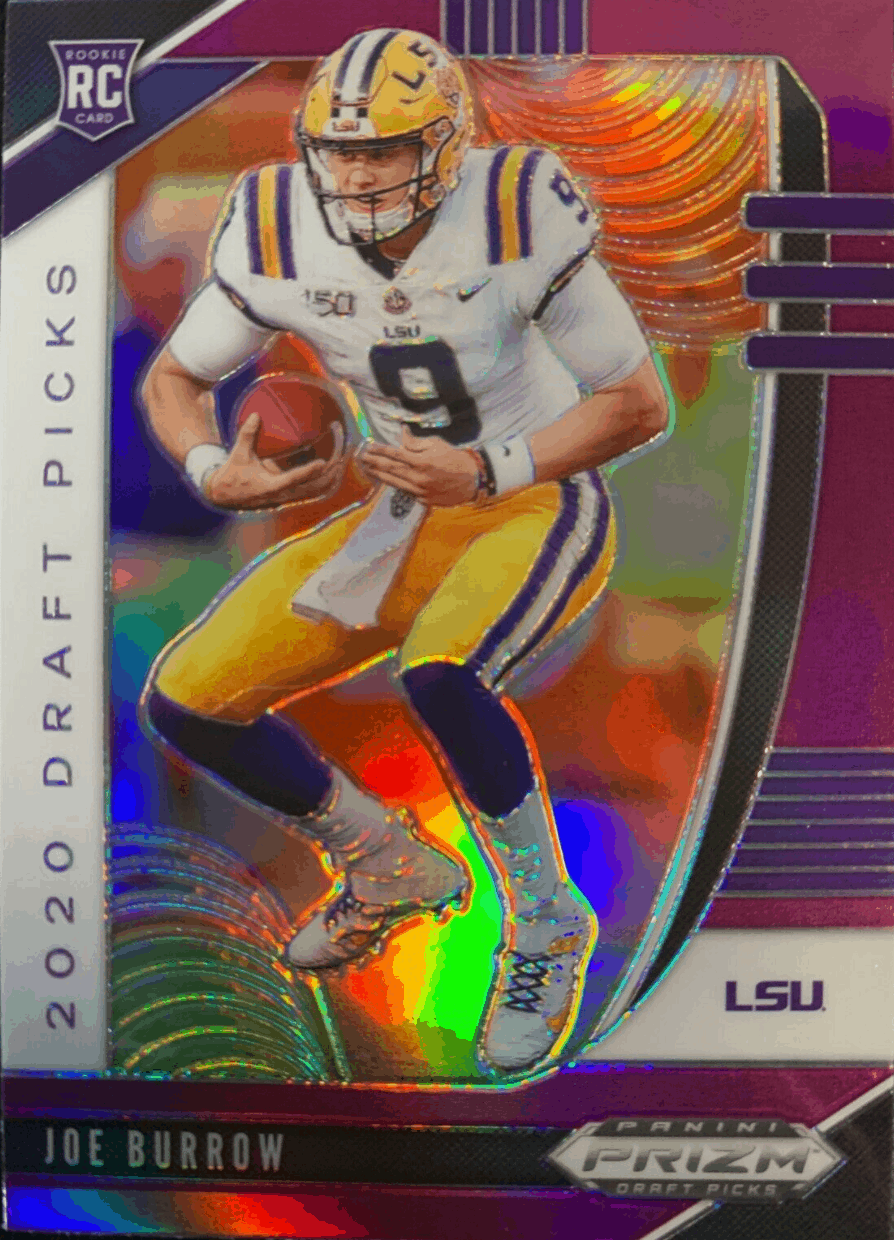 Another Panini Prizm Burrow rookie card that shows Burrow awkwardly running with the ball in what appears to be an offensive line break down.

The card is numbered #105 and is one of the more popular buying options at this time. 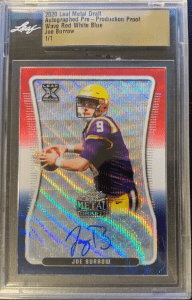 Leaf is known for making super early rookie cards and they fall in line with this Joe Burrow rookie card.

Numbered #BA-JB1 the card shows Burrow about to pass the pigskin to an open wide receive, tight-end, or maybe even a running back out of the backfield.

Were not a fan of Leaf cards (unless you are talking about the Greg Maddux Leaf Rookie Card). 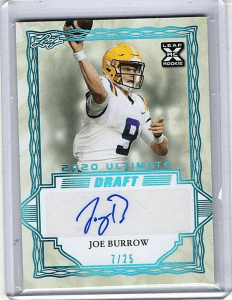 Before Burrow takes even takes his first official NFL snap his card values will take-off based upon name only. The question is will he be able to live up to his lofty expectations. Here at GoldCardAuictions as much as we would like to say yes (he seems like a really cool guy) we don’t believe he will be the star that many are predicting. Burrow may be an average to good quarterback but great… no. We hope we are wrong but we have a long history of being right 🙂

On a side note even if you do think Burrow is deemed for greatness it is most likely best to avoid these early rookie cards as they usually don’t pay off.