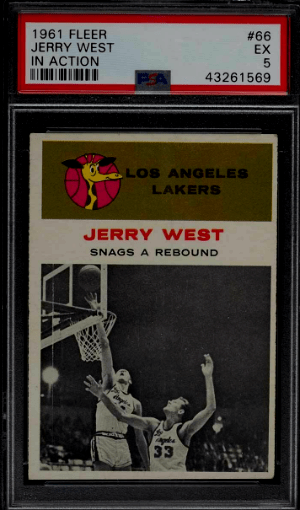 The Lakers didn’t have to wait long to find out they made the right pick as West averaged a mind-blowing 17.6 points per game in his freshman season.

Jerry West was a force in the league and such a force that NBA decided to base their league logo on him. You know you have made it when a professional sports league has modeled its logo based on you.

Without further ado, let’s check out the top-rated Jerry West RCs from an investment point of view. 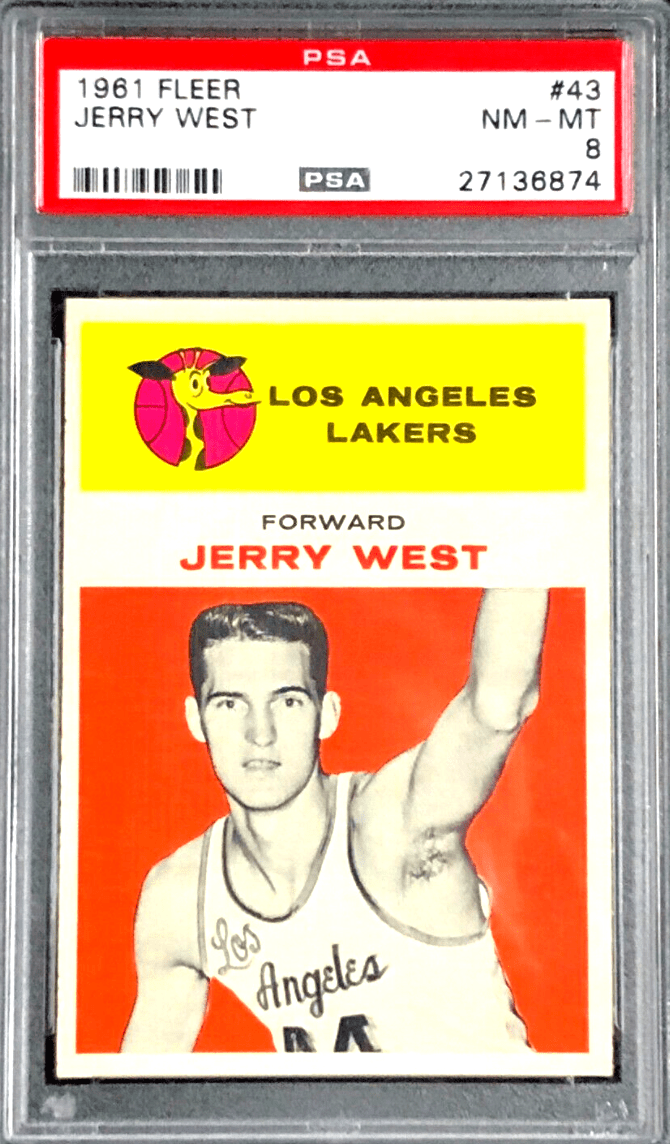 Here we have not only the most valuable Jerry West basketball card but also the best in regards to future ROI.

This 1961 Fleer basketball card shows a thin, short-haired West posing with his left hand up in the air as if he is defending a shot. We love the red/yellow color combo along with the giraffe in the upper left corner.

A great card for investors with deep pockets and one that is sure to provide a consistent ROI going forward.

Jerry West’s other rookie card is also printed by Fleer and is numbered #66. The card is very similar to the West RC above except for the photo. The 1961 Jerry West #61 Fleer rookie card shows a scrappy West battling for a rebound in black and white. The phrase “snags a rebound” is placed under his name.

This is also another great option for collectors with deeper bankrolls that want a piece of Jerry West. 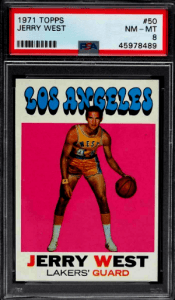 Looking to purchase a Jerry West basketball card but are unsure where to start? Email us at advice@goldcardauctions.com.

Jerry West is one of the all-time greats and the NBA logo itself is an image of Jerry West… obviously owning a Jerry West basketball card or two is going to be a plus investment.