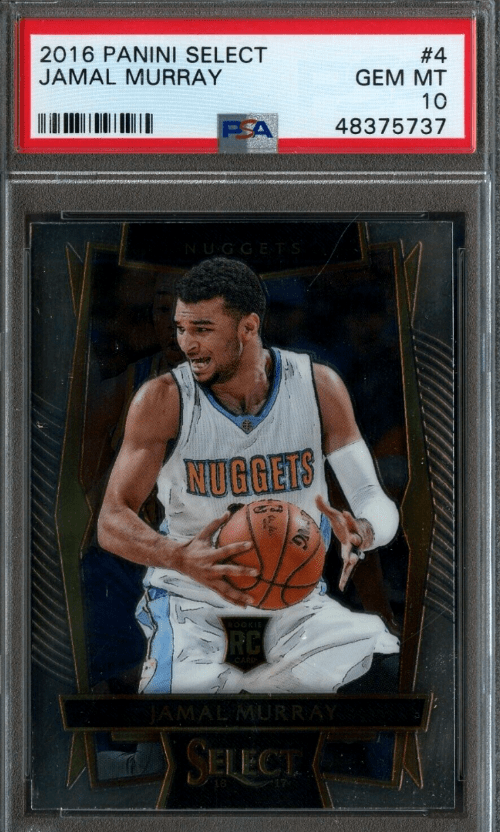 Jamal Murray (02/23/97) joined the Denver Nuggets as the seventh overall pick in the 2016 NBA draft. He was named to the NBA All-Rookie Second Team that year, and he has grown into one of the best players in the league despite his young age.

He’s setting historic numbers in 2020 and looks to be a contender for a spot in his first-ever All-Star team this year. The Denver sharpshooter is definitely one to keep tabs on in the future.

We’ve come up with a list with three top Jamal Murray rookie card options, including investment advice as he heads ever closer to his prime.

Murray has a range of cards found in 2016/17 sets, and there are options to suit almost every budget. We’ll take you through three of the top picks, starting with a set that is always popular with collectors and investors. 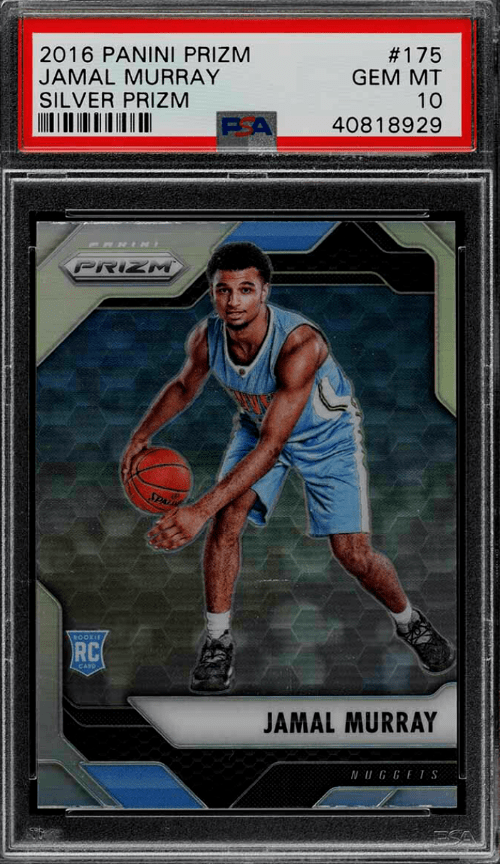 First up is his Panini Prizm RC. It features a lined image of the player dribbling with a ball in one hand, looking straight at the camera. As a Prizm card, it has a unique background design and has a rainbow of parallels to keep an eye out for.

There’s a small RC logo in the bottom left corner, and Murray’s name and team info are listed in a white tab at the bottom. The rarer versions make for some of his most expensive rookie cards on the market.

Rarer than the base card, we’re looking at Murray’s release from the Rookie Signatures set. The on-card auto is found on the left-hand side, filled in blue ink on a plain white background. It has a large shot of Murray leaping towards the net with a ball held over his head, and it comes with a gold trim and grey and black borders.

The parallels are where the real money is, as they’re serial numbered, and help the design to pop. The Gold Prizm is pretty valuable, and there are only ten copies overall. Either way, the card is highly condition-sensitive due to the colored corners. 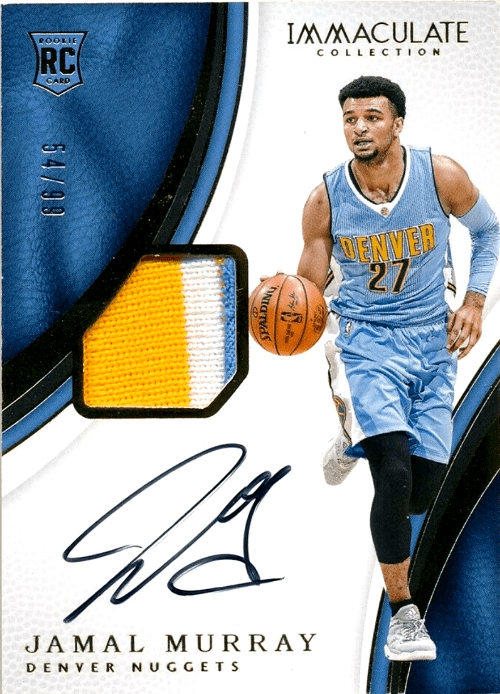 Finally, there’s Murray’s card from the 2016-17 Immaculate Collection set. Even the base version is serial-numbered to just 99 copies, and it’s seen as a premium option for a number of reasons. As well as an on-card auto, it has a player patch located in the center, and it comes with a crisp blue and white design that matches his Nuggets jersey.

The Immaculate set is known for great releases, and it’s cheaper than you might expect. The patch/auto combo is enough to make it another solid investment piece that should be on your radar. 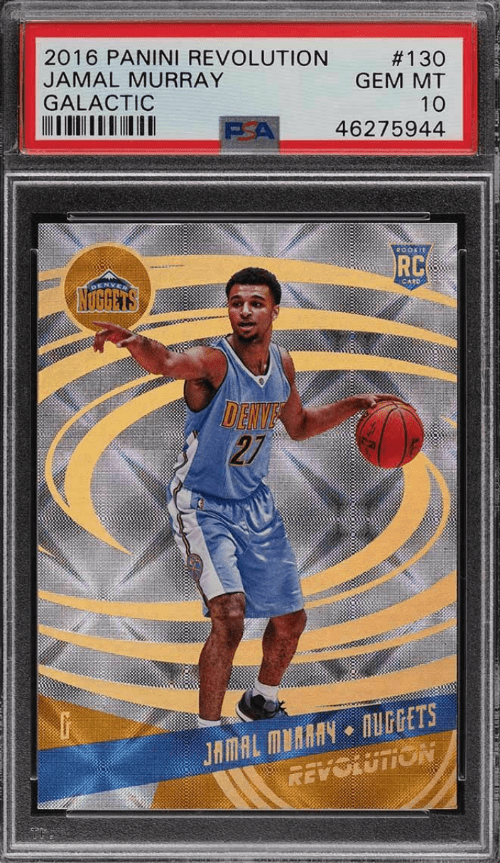 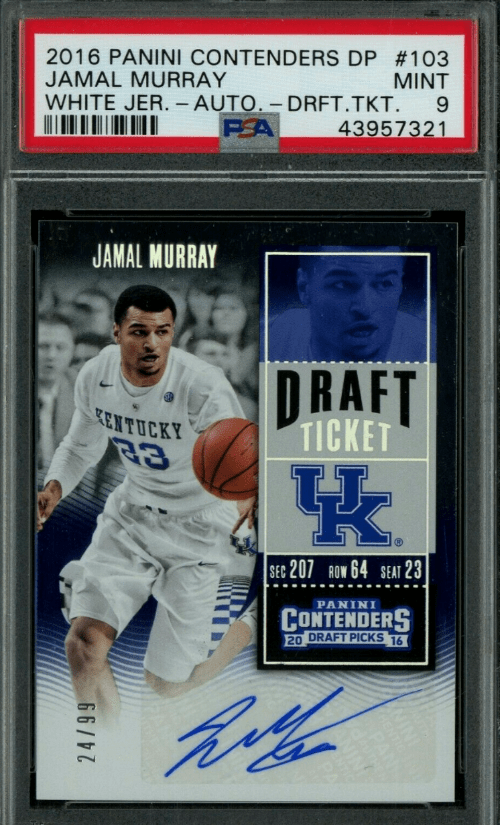 We foresee the value of Jamal Murray rookie cards steadily rising as he enters his prime years and develops into a real force in the league.

Please email us advice@goldcardauctions.com if you have any questions in regards to the worth of Jamal Murray rookie cards or buying them (you can also reach out to us on our Facebook DM Page).

Murray has stability in spades, as he agreed to a five-year, $170 million maximum contract extension in July 2019. It runs through to 2024-25, so he has time to mature into one of the best players in the league, with no need to worry about where his future lies.

Sometimes it’s easy to forget that he’s only 23, as he’s been around since he was a teenager. The player was always destined for greatness, winning both the Jordan Brand Classic International game in 2013 and the Nike Hoop Summit in 2015.

Murray’s RCs are fairly affordable, especially considering his current run of form and the numbers he has been putting up. He scored 25 points in the first half of game six, and a further 25 in the second half, matching a record set by the NBA Hall of Famer Allen Iverson in the 2001 Eastern Conference semifinals.

|Trending: 10 Most Valuable Basketball Cards from the 1980s

Murray is yet to reach his physical prime, and the future looks bright. The player has a range of cards to suit every budget, and rare parallels only serve to push the average price up further.

However, they’re not especially expensive given he’s yet to make his first All-Star appearance, and his current form could just be a blip in the grand scheme of things.

If you have faith in his abilities, picking up an RC or two has to be a no-brainer.