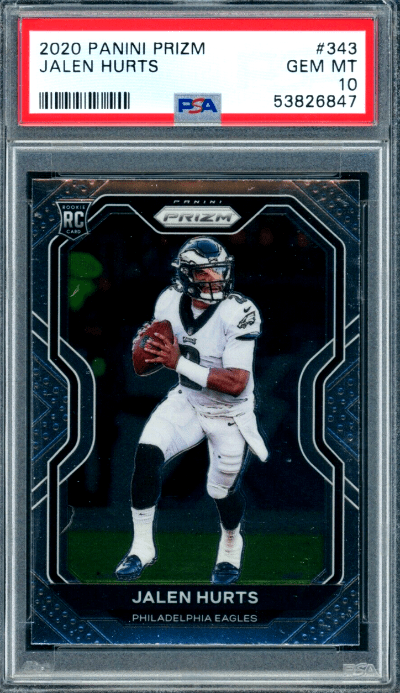 Jalen Hurts (8/7/1998) was drafted by the Philadelphia Eagle with the 53rd pick in the 2nd rd of the 2020 NFL Draft. Jalen attended both the University of Alabama and the University of Oklahoma winning a National Championship with the Crimson Tide in 2017.

Justin Herbert RC’s (The Next Brady?)

Jalen Hurts rookie cards have seen a big upward swing in the last year going from a backup QB to a possible starter in 2021.

Let’s take a look at the top 5 Jalen Hurts RC from an investment perspective. 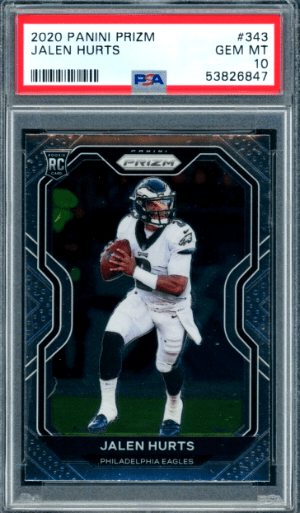 For now, the top-rated Hurts rookie card is the 2020 Panini Prizm. Numbered #343 the card shows Jalen scrambling to his right while looking for an open wideout or tight end (he may have to get accustomed to scambling a lot with the Eagles).

His name and team name are centered at the bottom while the Panini Prizm RC logo is placed in the top left corner. A great card if you think Jalen is going to have a future in the NFL. 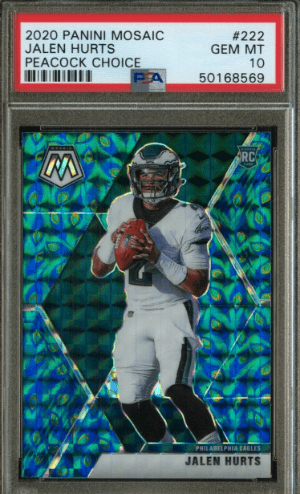 We have said it once and we will say it again the 2020 Panini Mosaic football cards are a really nice-looking card (some may disagree) and in particular the high-end parallels.

Side Note: We really hope Panini continues to produce Mosaic card for years to come as long as they keep up the modern style look to the card tradition 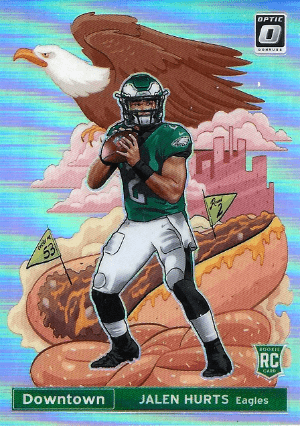 We might have to take back our statement about the 2020 Hurts PRIZM RC being the best of his rookie card as the 2020 Jalen Hurts Panini Donruss Optic Downtown RC #DT-34 is a thing of beauty.

Numbered #DT-34 the card shows Jalen getting ready to launch the ball downfield while the city of Philadelphia is represented in the backdrop with a bald eagle, hot dog, and a pretzel. 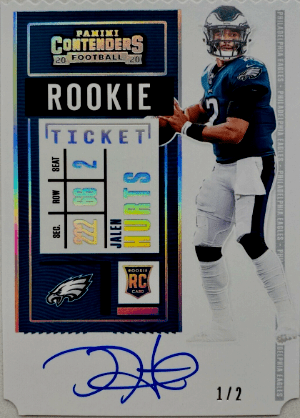 The 2020 Panini Contenders Jalen Hurts Rookie Ticket is decent for those looking for a Jalen auto RC. The card comes in a variety of parallels shown below. 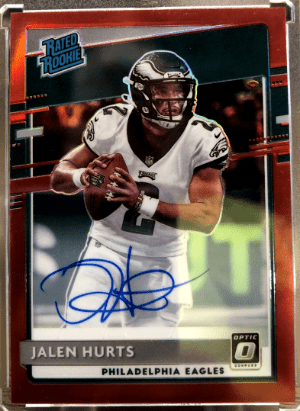 The last card on our top-rated Jalen Hurts rookie card list is the 2020 Donruss Optic Rated Rookie Auto. Numbered #164 the card shows Hurts on the run while looking downfield for an open wideout, tight end, or running back out of the backfield.

His name if offset above the team name towards the bottom of the card… the classic Rated Rookie logo says hello in the top left corner. 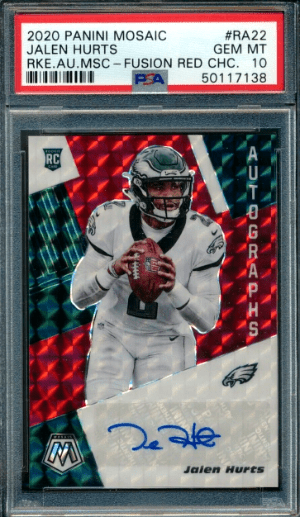 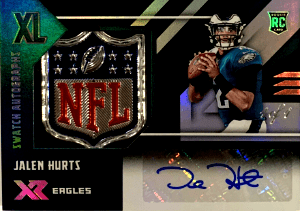 Do we like Jalen Hurts in the NFL? No.

Now we have been wrong before (i.e. LaMelo Ball) but we cannot for the life of us see Mr. Hurts doing anything special in the City of Brotherly Love and would be SHOCKED if he made the playoffs or represented the team in a future Pro Bowl.

Jalen Hurts is a great person, seems like a good leader, and was a good college player but we just don’t see enough talent in him to make an impact in the NFL… HARD PASS! 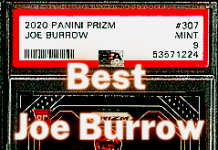