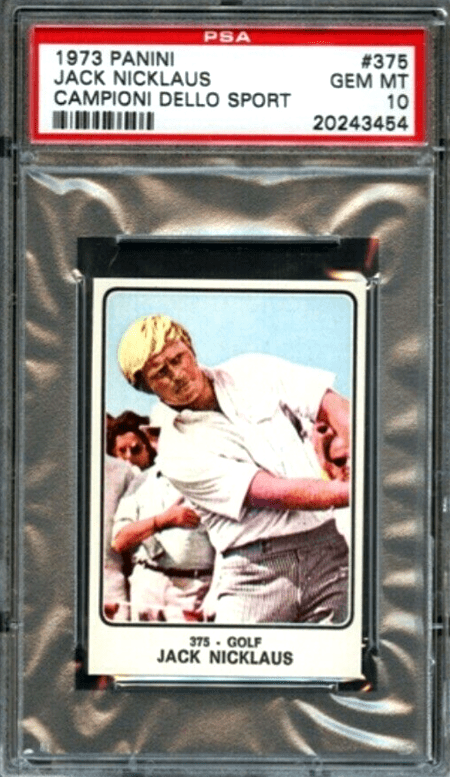 Jack Nicklaus — also known as The Golden Bear — is one of the greatest golfers of all time and is the person with the most major championship victories ever. He dominated the PGA circuit for many years and when he was done with that he went to the senior’s tour and dominated that circuit.

Nicklaus was born in Columbus, Ohio in 1940 but currently lives in Florida. Post-playing career, he became increasingly involved in designing golf courses and is now known as one of the premier golf course architects in the world. Nicklaus Design, his company, has a vast number of different courses around the world and many are known as some of the finest on the globe.

Nicklaus could hit the ball far, routinely hitting drives 300 yards, and had the accuracy to match it. Despite his amazing skill, his mind may have been his most famous and renowned tool. He was known for his exceptional ability to work his way around the course and hit a variety of different shots that other professionals hadn’t even thought of. He would attack holes in unique ways.

Nicklaus has an aura that transcends golf and was eventually awarded the Congressional Gold Medal for recognition of his career and achievements.

He’s a fan favorite and an all-time legend of the game of golf, one who will not soon be forgotten.

With that said, let’s take a look at the best Jack Nicklaus and most valuable golf cards.

Many will not be familiar with golf cards and may need some guidance as to what the best Jack Nicklaus cards are to invest in. We’ve listed the five best options that collectors should pay close attention to.

First up on the list is this sticker that shows a young Nicklaus with a golden head of hair.

This sticker is actually from a set that was released in Italy, hence the name. It has a great image of Nicklaus just after making contact with the ball.

This sticker can be quite expensive when highly graded and thus is an attractive option for investors. Be warned, many copies suffer from the wear and tear that accompanies the age of the card so make sure that you’re getting a strongly graded copy. 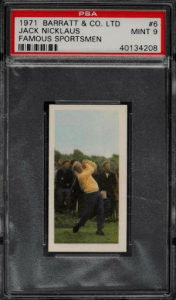 The oldest card on this list, this Nicklaus card is considered by many to be the true Jack Nicklaus rookie card.

It’s a smaller than usual card that was first distributed in Great Britain and shows Nicklaus just at the end of his swing. The Golden Bear is wearing a bright yellow sweater and has a crowd of onlookers behind him.

Most POPULAR: How much to invest in sports cards

This is another card that is very valuable when found in high conditions due to its age and printing issues at the time of creation. If you have a chance to get your hands on one of these, don’t miss it. 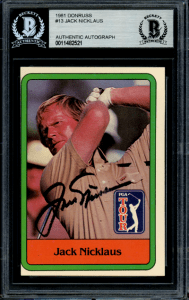 Next up we got this card made by Donruss in 1981. This card is technically a Jack Nicklaus rookie card, though The Golden Bear had been playing professional golf for around twenty years at this point.

This is another great photo of Nicklaus, his tanned face looking down the fairway after he has launched another ball into oblivion. It also has a green border, with an orange nameplate at the bottom of the card.

This card above is signed but the base edition is not and it’s actually quite common. Saying that, highly graded versions can carry some value and thus this card is still attractive as an investment option. 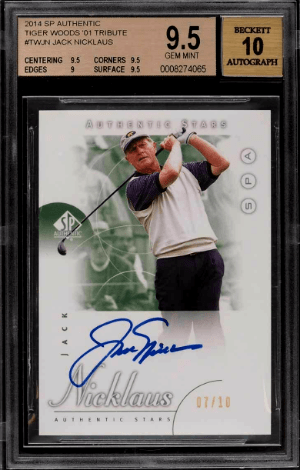 Wow. What a card this one is. Compared to the other cards that we have looked at so far on this list, this one is clearly a much more modern alternative as it was produced in 2014.

It has a photo of an older Nicklaus and the first thing that jumps out is the autograph that has been placed prominently in the center of the card. This is the only card on this list with an autograph and that’s a feature that everyone loves.

On top of that, the card was limited to a print run of only ten copies. The one pictured here is #7. This short print means that this card is extremely rare.

When you consider all the factors at play, there’s no doubt that this is a very special card and one that deserves to command a high price. This is a grail for not only golf fans, but all sports fans and a great card to have in your collection. 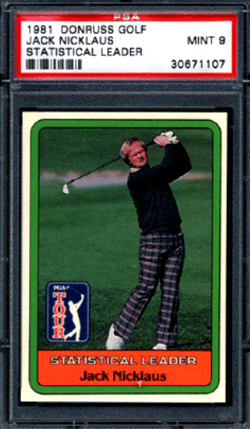 Last but not least on this list is the “Statistical Leader” version of the 1981 Donruss Nicklaus card.

It’s similar to the Donruss card shown above but has a different photo of Nicklaus, as well as the words “Statistical Leader” placed above his name. This is another strong investment though it lacks the sparkle of the option listed just before this one.

Considering the age of most of these cards, Nicklaus golf cards generally are pretty expensive when found in good condition.

Nicklaus cards aren’t going to experience explosive growth like younger prospects but you can be assured that he is a known brand and will continue to be so forever.

If you would like an estimated value of one of your Jack Nicklaus cards please email us at value@goldcardauctions.com (include at minimum 2 photos of the card in question).

Looking to purchase a Jack Nicklaus golf card but are not sure what to buy? Email us at advice@goldcardauctions.com or DM us on the Gold Card Auctions Facebook Page. 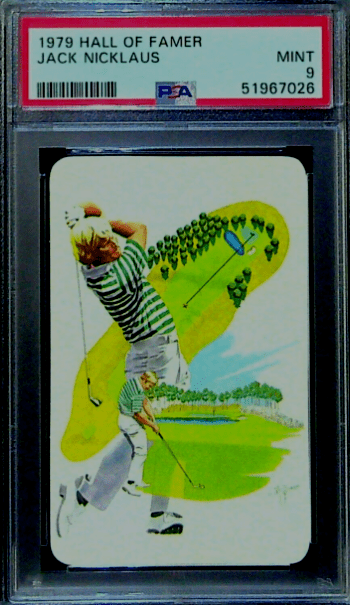 As mentioned previously, Nicklaus has already accomplished everything there is to do in the game of golf so there won’t be any unexpected huge jumps in the price of his cards.

However, that’s not to say that his cards are a poor investment choice as his strong brand and reputation should help his cards continue on a slow roll upwards.

These cards can be tough to find in good condition as most of them are quite old. Making sure that you’re either buying graded or get a good look at the card before purchasing will be key.

All in all, The Golden Bear has some pretty amazing cards that could be a part of any strong collection. If you’ve never considered adding golf cards to your portfolio before now, this is your sign to take advantage of the potential upside and go after one of the ones listed above.