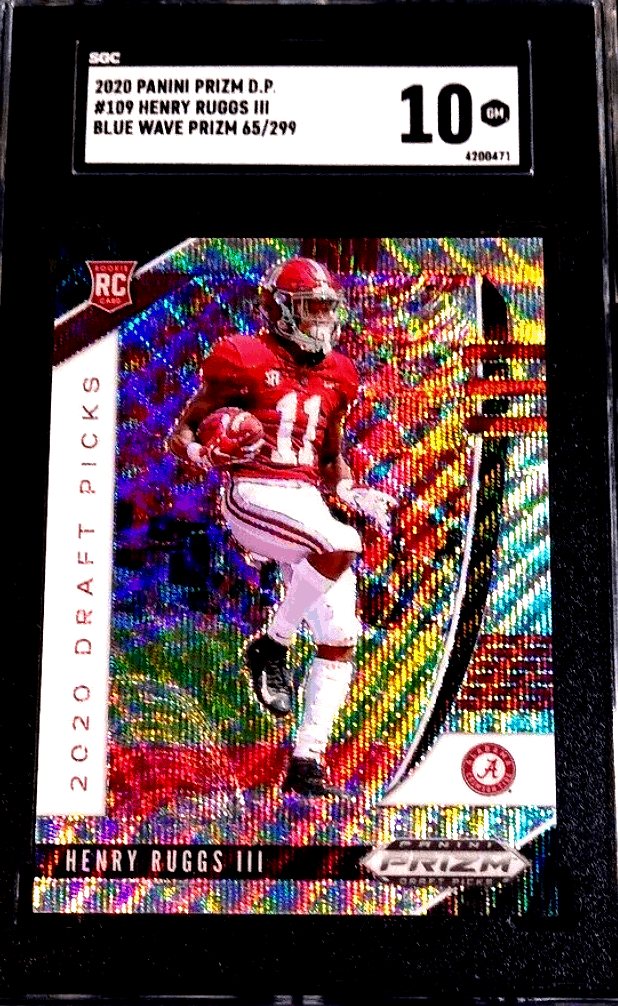 Here’s a rundown with the top three Henry Ruggs III rookie card options, including card info, and an investment outlook as he heads into his first season with the Raiders.

We’ve looked through recent auction data to bring you a list with three of the most popular Ruggs III rookie cards on the market right now. 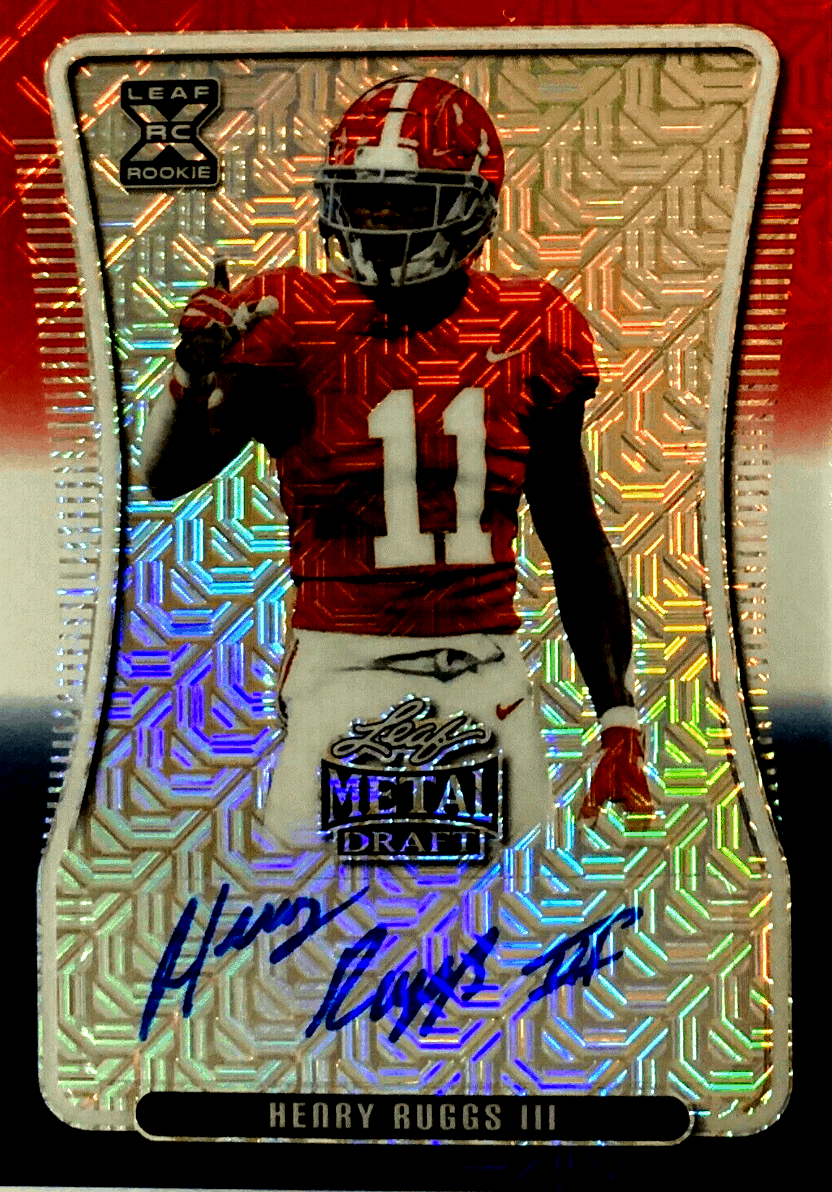 We’ll begin with a shiny signed card that is proving to be a popular choice at auction. Ruggs’ 2020 Leaf Metal Draft features a stenciled image of the player with one hand raised aloft, with a solid design and a stickered autograph at the bottom. Of the many parallels on offer, the Silver is still reasonably affordable and goes well with the Metal Draft logo found above the signature.

The 2020 Panini Prizm features an action shot of Ruggs III leaning back, clutching a football as he decides on a play. There’s a stickered blue ink autograph and a nice red and white RC logo at the top of the front, while the overall design has a lot going on, with random lines and spliced segments. The Prizm brand is always popular with RC collectors, and Ruggs’ card is no different. 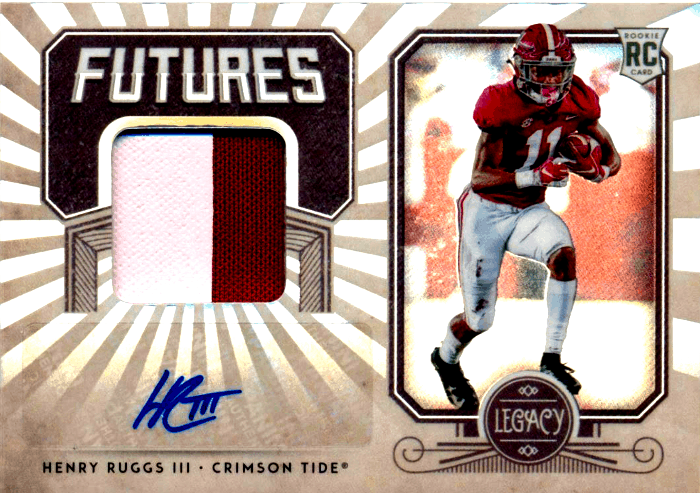 Here’s a special release from one of the newer Panini sets. The Futures Patch Autographs is undoubtedly one of the more interesting Ruggs III options on the market, with a base version that is serial-numbered to just 199. It has a landscape design, with a ‘Futures’ logo found on the top left-hand side of the card.

Underneath you’ll find both a player patch and a stickered autograph, while there’s an action shot of the player in motion on the right. You can find the serial number on the back, and there are a few rare parallels in the set, as listed below.

If you are thinking about buying a Henry Ruggs III RC and would like a second opinion please email us at advice@goldcardauctions.com.

Ruggs III could be the real deal, although he hasn’t had the best start to life as a Raiders player. His father, Henry Ruggs Jr, detailed how he managed to injure himself before making an appearance for the franchise;

“He was trying to move a trailer or something — move furniture or something — and the trailer just kind of pinned him against a car or a wall or something, he’s pretty much OK, I’m about to go out there and see him in a little bit. It was just like a little open wound on his leg, a little incision. Like something had stuck him right there on his thigh a little bit.”

The Raiders were always going to draft a new WR in 2020, and the 12th pick was enough to give them a decent selection to choose from. They went for Ruggs III for a reason. He looks set to get the chance to feature in his rookie year, while GM Mike Mayock is clearly a fan of his speed and potential. A couple of good performances would be sure to have an impact on his rookie card prices, which are fairly low compared to other players from the class of 2020.