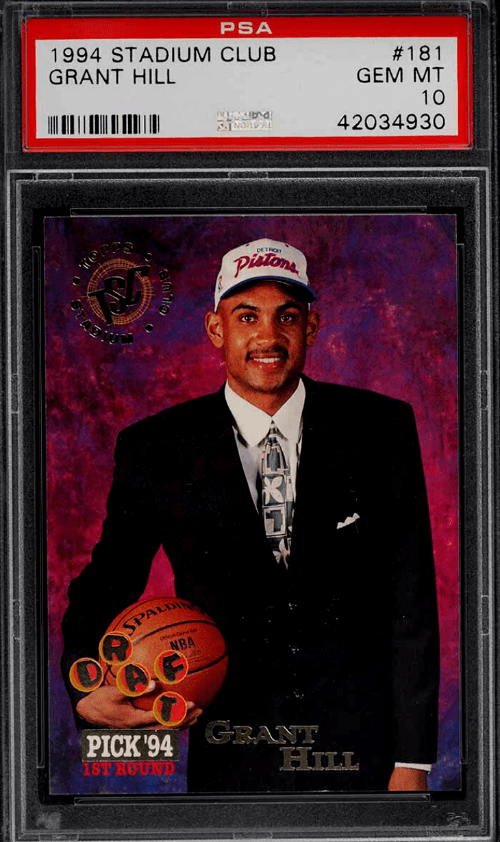 Grant Hill (10/5/72) is a retired small forward who played for the Detroit Pistons, the Orlando Magic, the Phoenix Suns, and the Los Angeles Clippers respectively.

Hill went on to become a current co-owner of the Atlanta Hawks, but he’s best remembered for his time with the Pistons, where he was the co-winner of the 1995 NBA Rookie of the Year Award. He’s also a seven-time NBA All-Star, a five-time All-NBA selection, and a three-time winner of the NBA Sportsmanship Award.

We’ve come up with a list containing three of the best Grant Hill RCs that money can buy, as well as an investment outlook for the next few years.

Released back in the 1994-95 season, Hill has a variety of rookie cards, with the majority being almost worthless. However, some of his RCs were fairly groundbreaking, and they sell for three-figure fees today. Here’s a trio of top options. 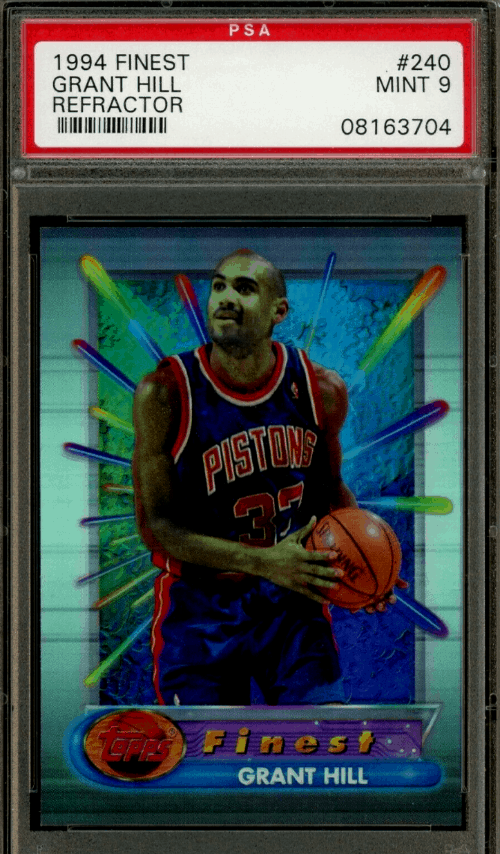 1994-95 Finest Grant Hill RC is the undisputed king of his collectibles, although it’s not as pricey as you might expect. It features a strong image of Hill with a surprised look on his face, with a simple silver border and a multicolored chrome background. It also has a separate image on the reverse, showing Hill in casual attire on the court.

Some copies come with an added protector film to help protect surfaces from scratching, although there’s no real difference in terms of value or rarity. 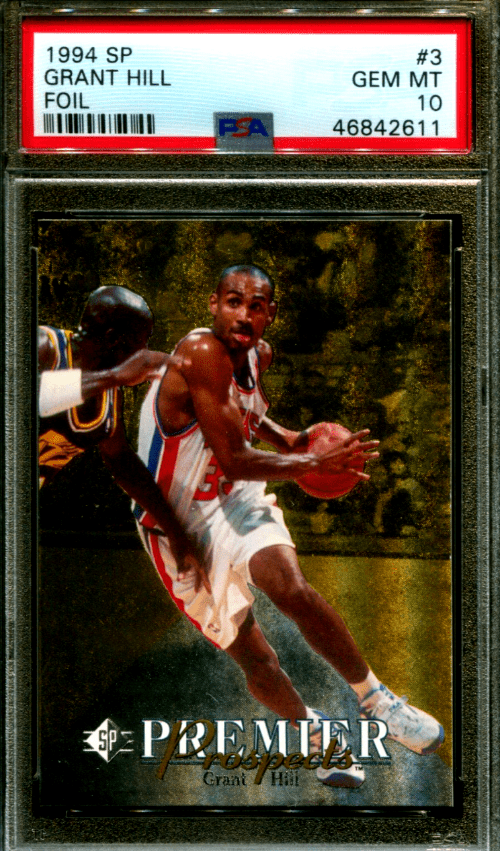 Features like etched foil and great pictures are things we take for granted nowadays, but there aren’t many mid-’90s options that can match up to the 1994-95 SP in this regard!

The first-ever SP set, you can tell this was a premium release back in the day just by looking at this chrome card. The silver and gold background is a great touch, making it another great Hill RC option. It also comes with a refractor parallel, and gem mint versions sell for low three-figure fees.

This is a great choice that won’t break the bank despite being one of the more expensive options! Hill’s ‘94 Stadium Club features an image that reeks of the decade, from the slightly awkward image to the garish purple and pink background. The player is featured in a full suit and cap, with a basketball clutched under his arm. The card also notes that Hill was a 1st round rookie pick.

There are two Hill cards in the ‘94 Stadium Club set. This is the first, which is why it’s seen as his RC. The second is numbered #195, and it has a great action shot of the player. However, it’s almost worthless in comparison, so we’d stick with the #181. There’s also a trio of parallels to look out for. 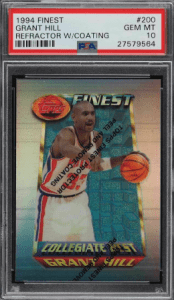 If you would like help buying a Grant Hill RC please email us at advice@goldcardauctions.com and we will be glad to help. 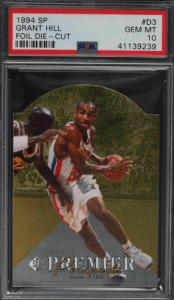 Hill made it into the Hall of Fame in 2018, despite struggling to match up to his early promise. He hit the ground running when he first started off in Detroit, although he failed to push on despite being seen as one of the best players in the NBA at the time.

At the moment, his rookie cards are fairly inexpensive, but he’s been retired for less than a decade. He only made it into the HoF a few years ago, so there’s still time for his cards to pick up in price in the coming years.

Trending: Most Valuable Basketball Cards from the 1990s

There’s a distinct lack of signed options on the market, and parallels are almost non-existent for his RCs. However, you shouldn’t let that stop you from picking up a Hill rookie card or two, as they’re not overpriced considering his many accolades and awards.