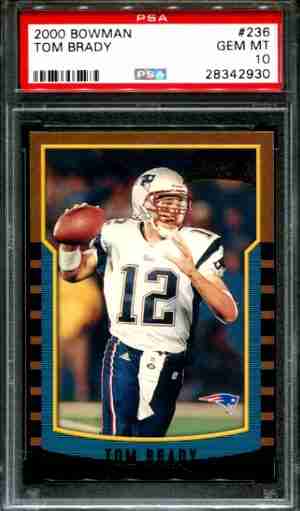 Brady is the GOAT of the NFL.

A story about Tom Brady that personifies his greatness. Charles Barkley said he recently played golf with Tom Brady.

When he showed up a man was running wind sprints in the parking lot. He got closer and saw it was Tom.

Barkley said Tom WTF are you doing (or along those lines) and Tom said I’m missing training to play today so while waiting I’m knocking out some sprints. #NFLGOAT

“The Great One” is the GOAT of the NHL.

A relatable story about Wayne Gretzky great yet humble. It is well documented Gretzky enjoys St. Louis, MO, and has reportedly moved back.

Anyways a few years back when he was visiting he and his son-in-law Dustin Johnston visited a nice, but open to the general public driving range in Kirkwood/Des Peres, MO.

Dustin was reportedly in flip-flops and hitting off astroturf (which is another great story altogether) while Gretzky couldn’t have been more down to earth and friendly to the bystanders who approached him.

Not only is Wayne Gretzky the GOAT of the NHL but is a real rarity and has a down-to-earth, non-judging personality. You can actually listen to a hilarious but down-to-earth take on this event with the TMA St. Louis Radio Show (starts at 4 minutes 20 seconds in). #NHLGOAT

MJ is the GOAT of the NBA.

An inspiring story about Michael Jordan. As previously reported, MJ is no stranger to failure. Perhaps the biggest failure that went on to define the person he is today, arrived when he was still in high school.

He was cut from the varsity basketball team because he wasn’t good and tall enough. This type of news would probably destroy any teenager’s dream of becoming a professional basketball player.

Most would probably give up and try something different. Imagine if at that moment Jordan would’ve decided that basketball was simply not for him. What did he do instead? He wiped his tears and practiced until he became good enough.

He didn’t let his coach decide his future career. From a young age, he understood that failure doesn’t define a person, but the power to get up and try again. – GoalCast Michael Jordan life lessons on failure #NBAGOAT

We truly believe the NFL is grooming Herbert to be the next Brady. We would LOVE, LOVE, LOVE to see a Bucs vs Chargers Superbowl.

Mahomes and KC are back and are looking deadlier than ever. Wouldn’t be shocked to see a KC vs Bucs rematch in a few months.

He will win the MVP next year if healthy and the Blue Jays could very well go to the WS. They are LOADED.

We think Burrow could be Herbert’s Manning or Rodgers. The kid is super talented but not sure he is with the right organization to win a ton.

This guy is a guaranteed first-ballot HoF in our opinion. Great investment going forward.

Cards are a serious WS contender next year with possibly the greatest defensive outfield the MLB has ever bourn witness to. Would not be surprised one ounce if he wins the NL MVP next year and maybe WS MVP.

Sorry guys only seven this month but we’re not going to make up three more just to match the article title ha. See ya in the new year with an update!

Loading up on a few of these cards is a solid sports card investment strategy.

We wouldn’t go out and buy every card on the list as there is a decent degree of risk associated with each card (i.e. injuries, prolonged slump, etc).

We recommend having a mix of the cards shown above to go along with high-end graded (PSA 10, BGS 9.5) sports cards consisting of HOF players (i.e. Ty Cobb, Gretzky, Mantle, Tom Brady, Jordan, etc.).

An ideal weighted portfolio would be 20% from the list above along with 80% HOF players. You can adjust it as you wish.

Read Now: How to Invest In Sports Cards

For example, if you are younger and want to take on a higher degree of wish up the 20% to 30% or 40% (going any higher would be pushing it) and lowering the high-end graded HOF players cards to 70% or 60%.

Please note sports cards should be a smaller percent of your overall investment portfolio.