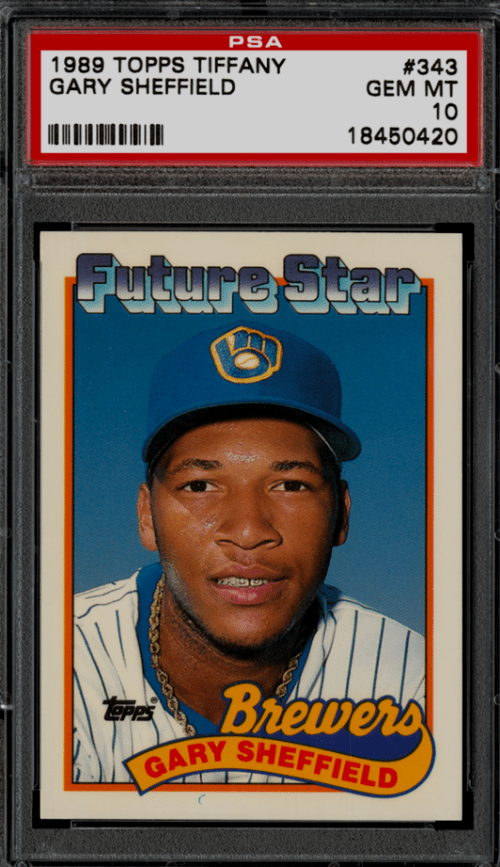 Gary Sheffield (11/18/1968) was selected with 6th overall pick in the 1st round of the 1986 MLB June Amateur Draft out of Hillsborough High School and was one of the most prolific hitters the game has ever seen.

Sheffield had a .292 lifetime batting average to go along with 509 homers and a .907 OPS. He appeared in 9 All-Star games and won the National League batting title in 1992.

Let’s take a look at the best Gary Sheffield RCs from an investment outlook. 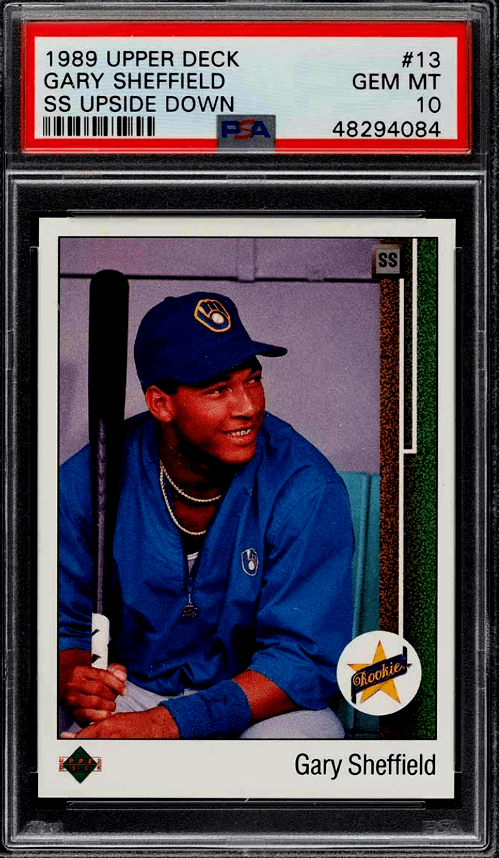 Numbered #13 the card shows a young Sheffield looking jubilant while holding the bat against his right shoulder (little did he know at the time how many great things were in store for his future).

His name is printed in the bottom right corner with the star rookie logo above it. The Upper Deck logo sits in the bottom left corner while his position (SS) is placed in the top right. The card is outlined with a white border.

Numbered #343 the card shows a close-up shot of a good-looking Gary wearing braces and what we can only assume to be a very pricey gold chain. The Topps logo, team name (Brewers), and his name are all intertwined at the bottom of the card.

At the top are the words “Future Star”… boy did they nail that… a great looking card and somewhat undervalued in our opinion… a screaming long-term BUY BUY BUY. 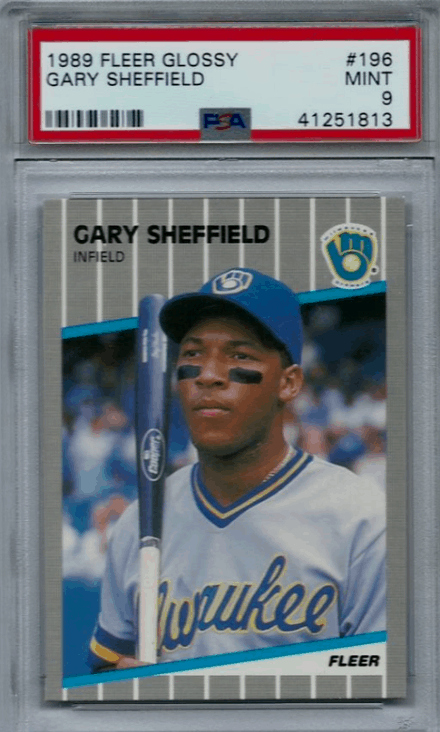 Another SOLID Sheffield rookie card! The 1989 Gary Sheffield Fleer Glossy rookie card shows a stoic-looking Sheffield contemplating his future at-bats with the bat leaning against his right shoulder (or maybe he was thinking about what to have for dinner after the game).

Numbered #196 the card places the Fleer logo in the bottom right corner while his name and position are posted up in the top right corner opposite of the Brewers old-school glove logo.

A great-looking card and somewhat rare at high grades… again we feel this card is undervalued and a great buy for the future. 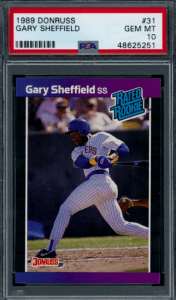 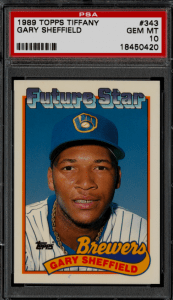 The most expensive Gary Sheffield rookie card is the 1989 Topps Tiffany rookie card #343 with the Upper Deck RC not far behind.

As we mentioned throughout this article we feel Gary Sheffield’s rookie cards are slightly undervalued making them a solid long-term play that should have a hefty ROI over the next 10 to 15 years.

Not only did he smack a mouth-dropping 509 homers during his lustrous career but he was also a big reason why the Marlins beat the Cleveland Indians in the 1997 World Series.

If you don’t already own a few Sheffield rookie cards at high-grades now would be a great time to buy… all three of the cards above are GREAT picks.