We’ve provided a checklist with all of his rookie and prospect options, as well as three of his top cards at auction and an investment outlook for the future.

We’ve looked through recent auction data to bring you three of the most popular rookie options available right now. 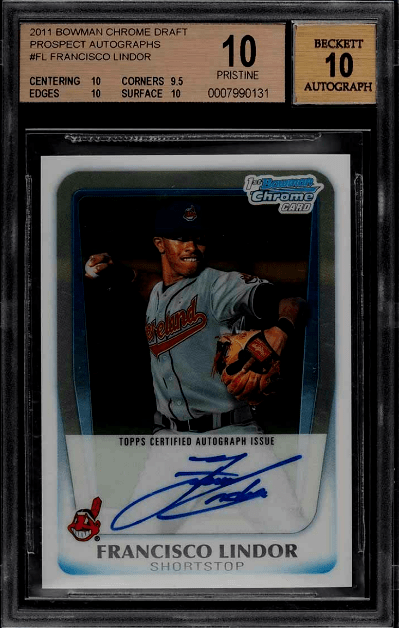 Here is our top-rated Lindor rookie card and also the most expensive. You better come packing if you expect to get the 2011 Francisco Lindor Bowman Chrome Draft Rookie Card especially at high-end refractor parallels (i.e. Gold Refractor).

The card shows Lindor whipping the ball across the diamond to first base. His name and position are centered at the bottom while the Cleveland Indians logo sits just off-center to the right. 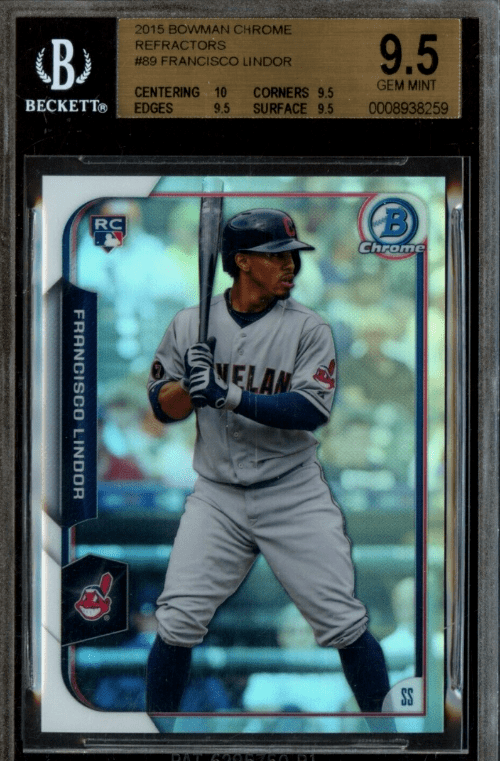 The 2015 Bowman Chrome has two different versions to choose from, along with a range of interesting parallels with increasing rarity.

One of the main differences is that one has an autograph, while the signed card also has a different image. The reverse quote reads. 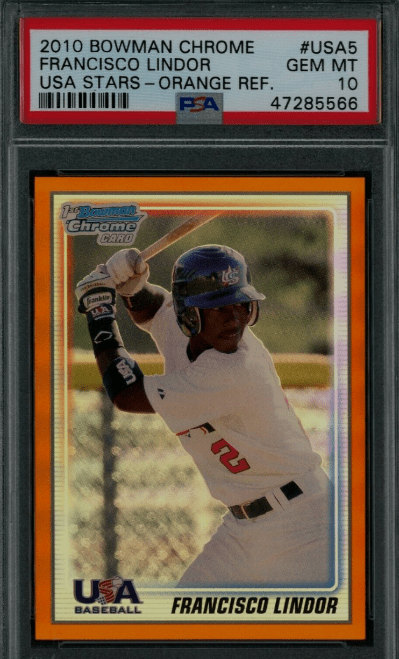 With a first Bowman Chrome logo in the top left corner and a range of refractor parallels, this signed card is a great option if you don’t mind heading back in time to his prospect years. The quote on the reverse reads;

“Lindor made his USA baseball mark with a clutch effort in 2009. The Montverde Academy star singled, stole second and scored the winning run for the U16 club in a 7-6 victory over Cuba in the gold medal game of the 2009 IBAF “AA” World Youth Championships”. 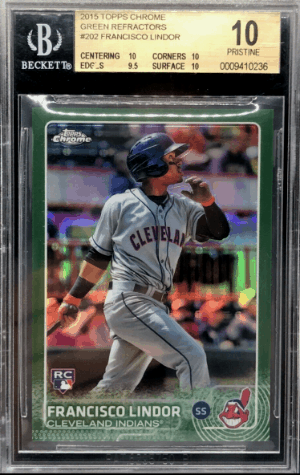 This 2015 Topps Chrome card shows Lindor at the plate, eyes on a ball he has just launched with a swing of the bat.

This card comes from the short print set of rookies that season and thus has a lower quantity on the market, making it harder for investors to get their hands on.

In addition, there are plenty of different parallels available, including the 1/1 Superfractor.

While this card didn’t quite make the top three, it’s still a great option in its own right. 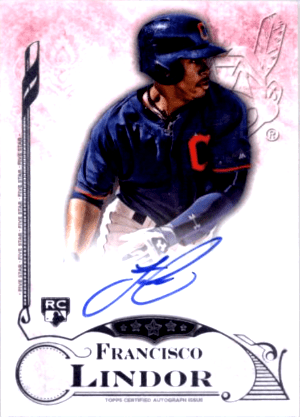 Offering something a little different, Lindor’s Five Star card is the first autographed version featuring the player in his MLB uniform. As well as being hard-signed, it’s available with the following parallels:

The reverse lists a number of key achievements to date; 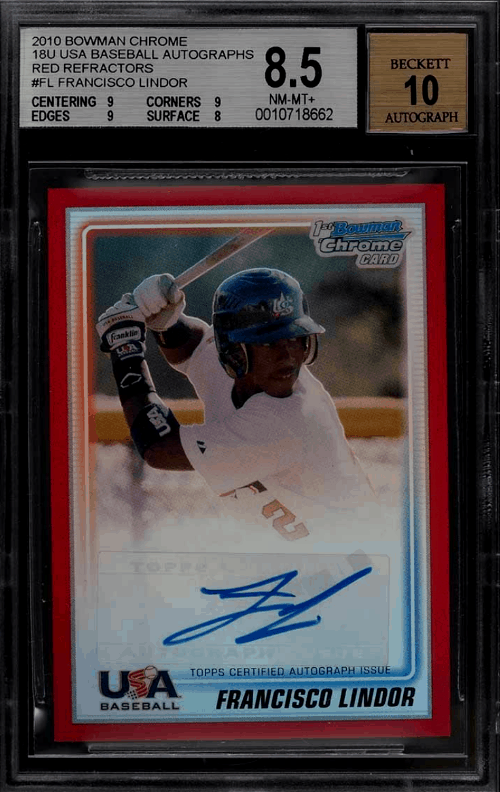 As well as the typical range of 2015 rookie cards, Lindor’s prospect cards are also worth checking out. 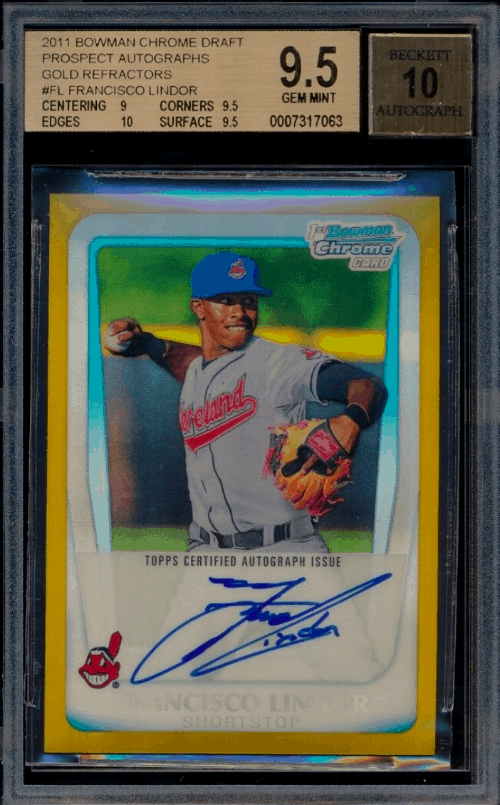 If you are looking to purchase a Lindor RC and need help please email us at advice@goldcardauctions.com

After a slow start to life an MLB player, Lindor soon established himself as one of the best shortstops in the league. At the age of 27, he still has a while left at the top, but it doesn’t seem like Cleveland will have enough money to satisfy his wage demands.

Persistent rumors surrounding his future have rumbled since the off-season, while his current contract ends in 2021. The Yankees are seen as a possible destination for Lindor, while his current side will probably choose to cash in via trade if they can’t stump up the money to secure his services in later years.

Why is any of this important in terms of his rookie cards? A move to a more successful side would likely add more accolades, while he’ll have a greater chance of going far in the playoffs. A World Series win is going to be difficult for an Indians team that has bowed out in the first round for the past two years, so much depends on where he spends the next few seasons.