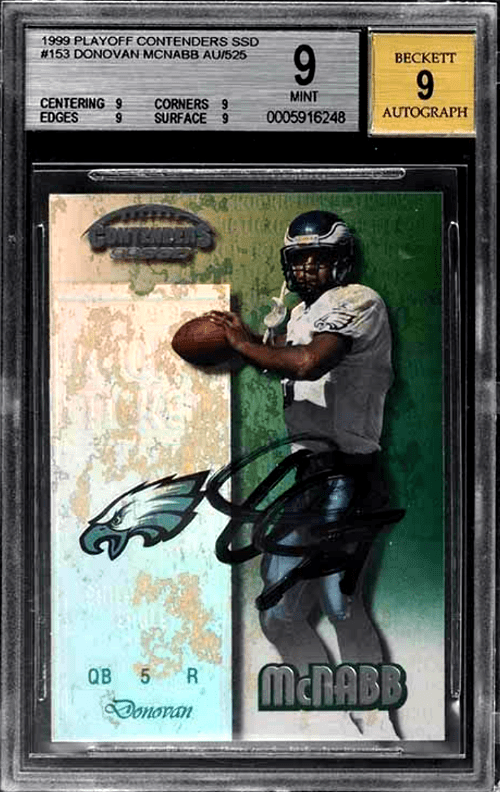 Donovan McNabb was drafted as the second overall pick of the 1999 draft by the Philadelphia Eagles and went on to spend the majority of his career there.

McNabb led the Eagles to eight playoff appearances in the 11 years he spent with them, including 1 narrow loss in the Super Bowl against the New England Patriots in 2004.

McNabb also had brief spells at the Washington Redskins and Minnesota Vikings before retiring in 2011.

During his rookie season, McNabb had to be patient and wait for his chance behind first-choice QB Doug Pederson.

But when he got given his chance McNabb never looked back, going on to start 6 of the Eagles’ last 7 games after making his first start.

In a total of 6 starts, and 12 overall appearances in his rookie season McNabb went on to complete 106 passes for 948 yards and 8 touchdowns, earning an average passer rating of 60.1.

This is a really good-looking card, that features McNabb in the right with the ball in hand and the ‘rookie ticket’ on the left that features the number 5 that the QB became synonymous with over his career.

One not-so-good feature is the autograph in black pen overlapping his black shorts which makes it quite hard to read.

With a short print run these cards do not come up all that often, but when they are found in gem mint 10 conditions be prepared to pay triple figures to get your hands on it. 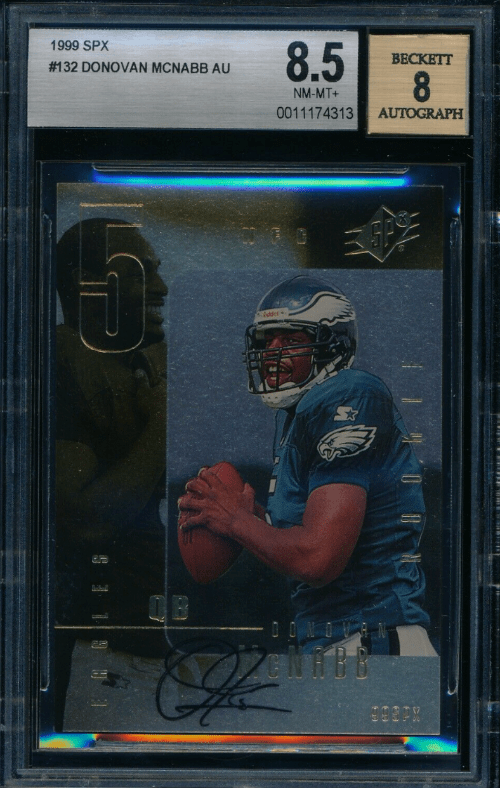 Featuring a very similar design to the Rookie Ticket card, this one features McNabb on the right in Eagles uniform and a big number 5 faded on top of another photo of him on the right.

It is a really unique, and good-looking card and the on-card autograph adds value.

Another card with a very short print run and a very similar value to the Playoff Contenders card will see you paying 3 figures for top-condition copies. 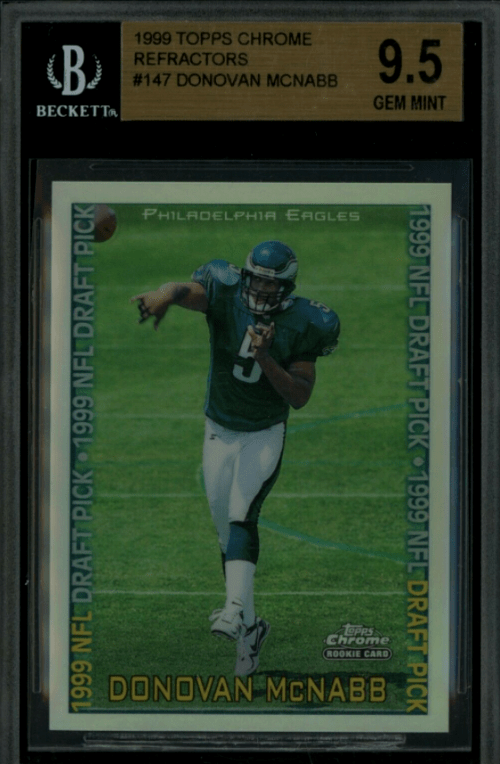 They are also serial numbered up to 1999, which for an unsigned rookie card is very low. The lack of autographs means it is probably worth slightly less than the other two on this list but still holds a nice valuation. 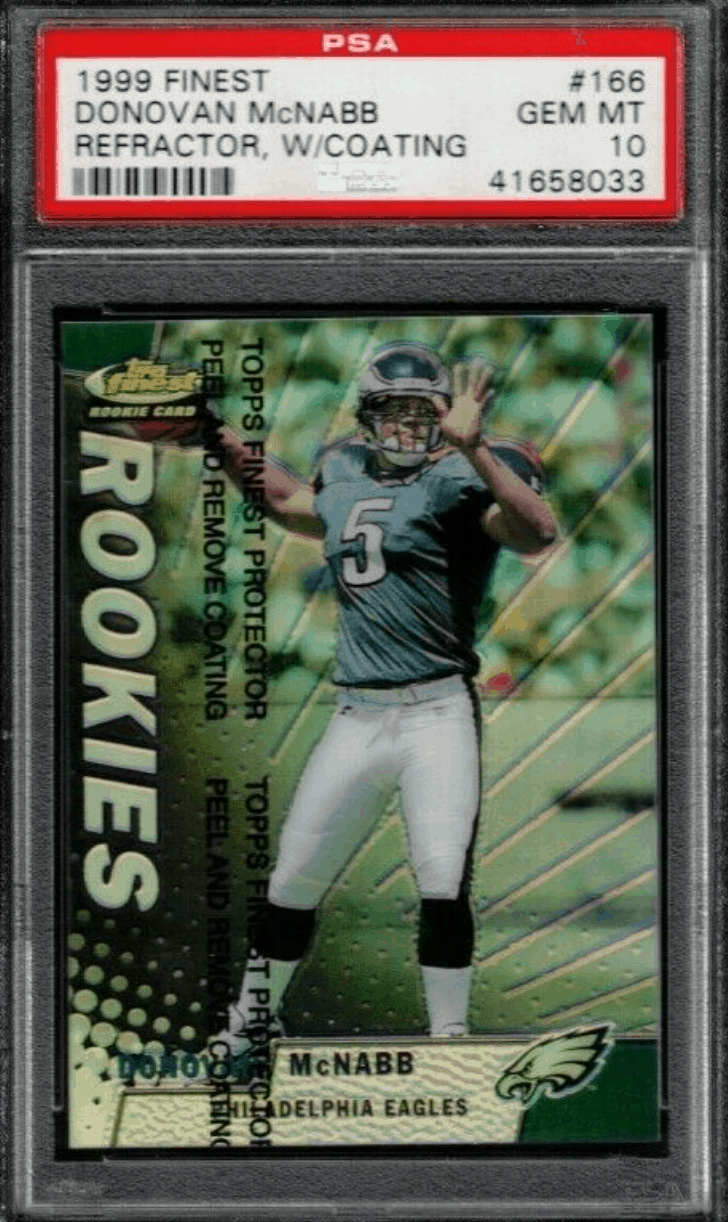 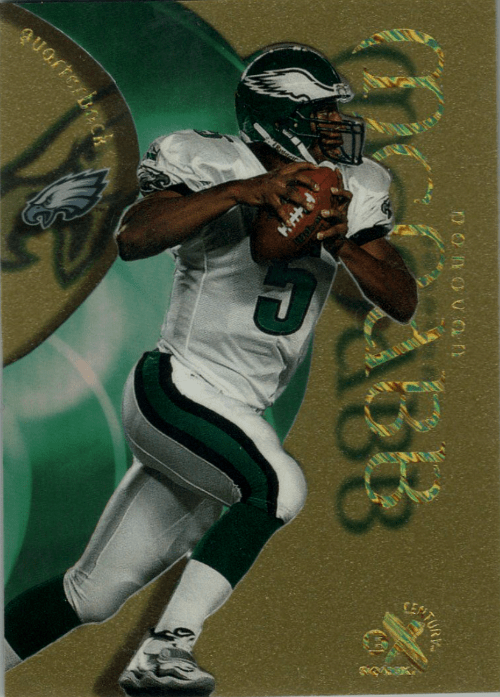 If you are looking to purchase a McNabb RC and would like buying advice please email us at value@goldcardauctions.com.

However, he has not been inducted into the Pro Football Hall of Fame (Donovan McNabb thinks he ‘absolutely’ belongs in the Hall of Fame. Is he right?), and now almost a decade on from his retirement it looks unlikely to happen.

This combined with his step back from broadcasting means that his rookie card valuation will probably not see any significant rises in the coming years, but his history in the game should ensure the valuation remains around the same level they are at now.