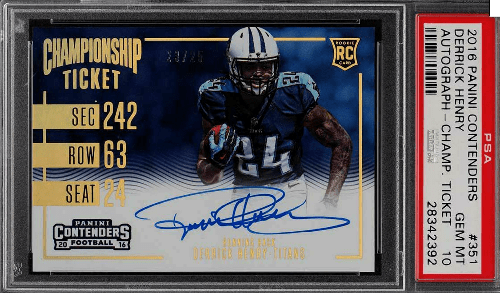 Derrick Henry is a BEAST. Enuf said. He was born on 1/4/1994 and hails from Yulee, FL, and when he breaks into the open field, safeties around the league run away from him as they fear breaking every bone in their body trying to stop this mac truck.

Derrick Henry attended the University of Alabama and was drafted in the 2nd round of the NFL draft by the Tennesee Titans (they got an absolute steal. Henry should have been a top 10 pick, no doubt).

He’s a man among children (even in the NFL). This guy runs over NFL linebackers and flattens safety every week.

Here are the best Derrick Henry RCs you want to add to your collection. 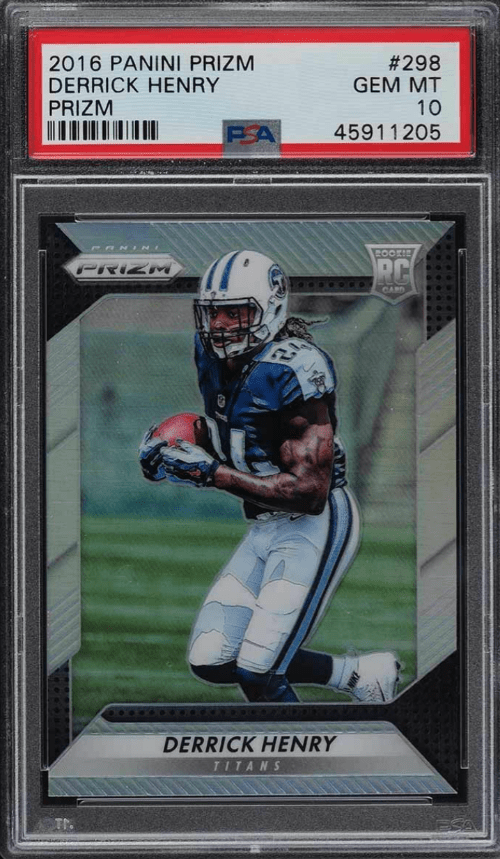 An excellent option for collectors not looking to spend significant dollars and seek the top card in terms of ROI. Prizm base football rookie cards are excellent investments and can beat out stocks year in and year out, depending on the player.

If you can find it, the cracked ice version of this card is the way to go. After Henry’s playoff run, this card will take off in value. Expect to pay well over $100 for any Derrick Henry Contenders rookie cards (the cracked ice might hit the $500 mark in 2020, depending on how far the Titans make it in the playoffs).

There are a variety of Derrick Henry National Treasures cards, and all of them are worth owning, but we particularly like #112. The only problem is they are super expensive. Look for these in an auction format and try to get them as cheap as possible. 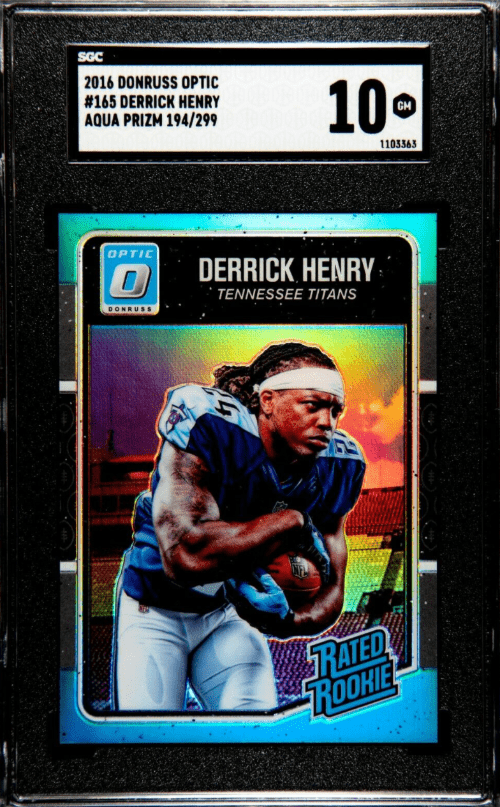 The Derrick Henry Donruss Rated Rookie cards should be a little easier on the old pocketbook. These cards will cost between $10 to $50 depending on the grade but are very obtainable for the average investor. 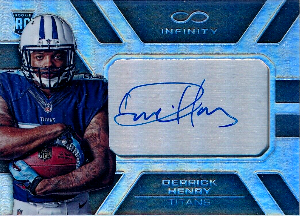 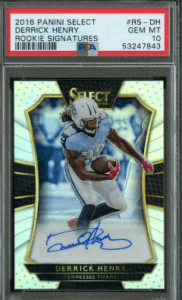 Henry is not a significant investment, but if you want to add some to your card portfolio, we will not stop you. He is a good guy and an absolute BEAST on the field PLUS, his cards don’t cost a fortune.