Dansby Swanson (02/11/94) is a shortstop who currently plays for the Atlanta Braves. The first selection in the 2015 draft, he was originally chosen by the Arizona Diamondbacks, although they traded him to the Braves during the 2015–16 offseason.

Here’s everything you could possibly need to know about three top Dansby Swanson rookie cards, along with investment advice for the future.

Swanson has a number of prospect and RC options that were released over the past few years, with official versions coming in 2017. We’ll begin with one of his best prospect cards from 2015. 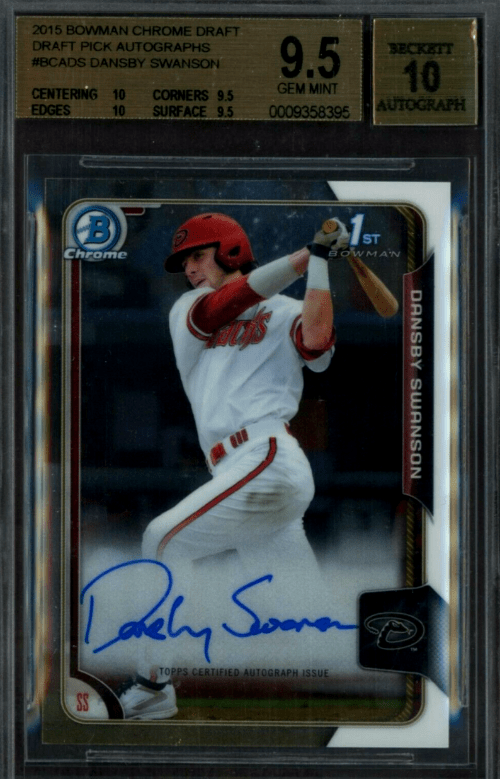 As his ‘1st Bowman’ card from the year he was named as the number one draft pick, the 2015 Bowman Chrome is a great early Swanson option. The addition of an on-card auto makes it one of the more important releases overall, and it has a strong image of the player after a successful swing.

As well as the many parallels listed below, there are unsigned versions that are far cheaper in comparison. 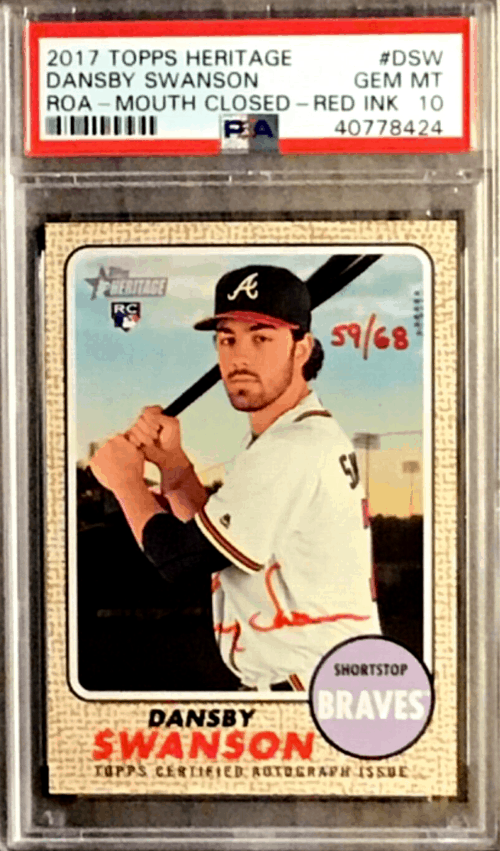 Part of the Topps Real One Autographs subset, this release is supposed to be reminiscent of 1968 Topps. The card has a great posed image of Swanson mid-swing, and there’s an on-card auto found at the base, filled in blue ink.

As well as a unique border design, an RC logo and a blue sky background make it one of the more eye-catching options. Gem mint versions are reasonably affordable, so it’s a decent low-budget investment piece. 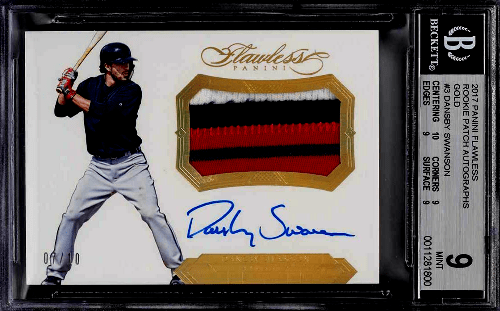 Lastly, there’s Swanson’s Panini Flawless. A simple design sees an image of the player in a batting stance on the left, alongside a massive swatch which often comes in a variety of colors.

Educational: Why Investing In Sports Cards is a Good Idea

The on-card auto is filled in blue ink, while the background is plain white, with gold trim. There are a number of rare parallels to be on the lookout for, but it’s still cheaper than you might expect. 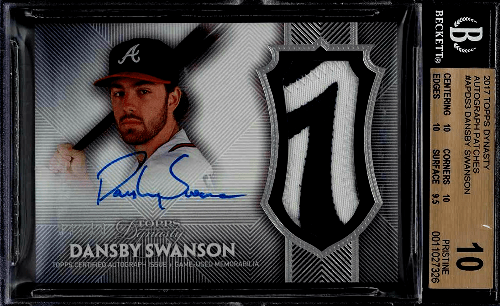 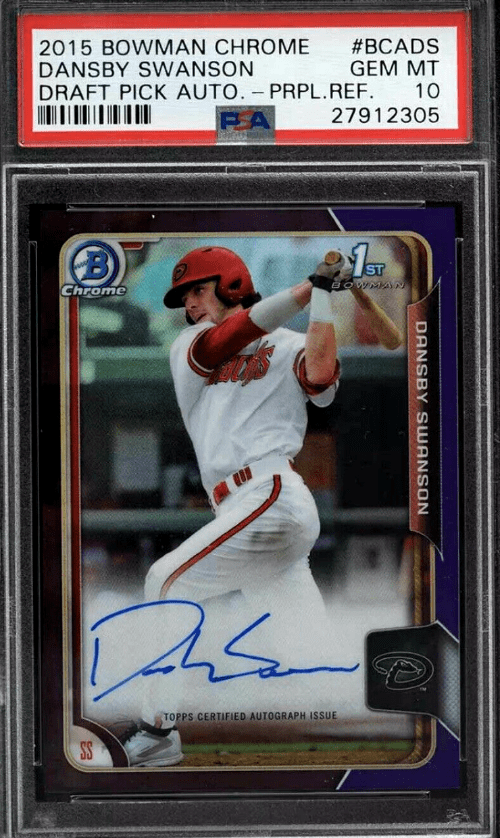 If you have a Dansby Swanson RC and would like an estimated value please email us at minimum two photos to value@goldcardauctions.com.

Originally seen as the top college prospect back in 2015, Swanson’s development has furthered this season, as he became just the second Braves leadoff hitter in the last 40 years to hit a walk-off homer against the Washington Nationals in August 2020.

It capped a 7-6 comeback win and shows what Swanson can do for the team when he’s firing on all cylinders. Of course, the same was said in his rookie year, although injuries and inconsistency have played a part in stymieing his early potential.

Swanson is only 26 years old, with his birthday in February. He still has his prime to look forward to, and he’s capable of becoming a multiple-time All-Star if he can keep injuries at bay during a shortened 2020 season.

The 2015 Bowman card is the pick of the bunch, but there are lots of options that feel a little underpriced.

His RCs are certainly cheaper than the likes of Ronald Acuna, while Ozzie Albies and Mike Soroka have helped to take some of the pressure off Swanson with strong performances in recent seasons. The shortstop has a great supporting cast, but even with the great team members, we are not seeing anything special coming from this kid that warrants card investments.