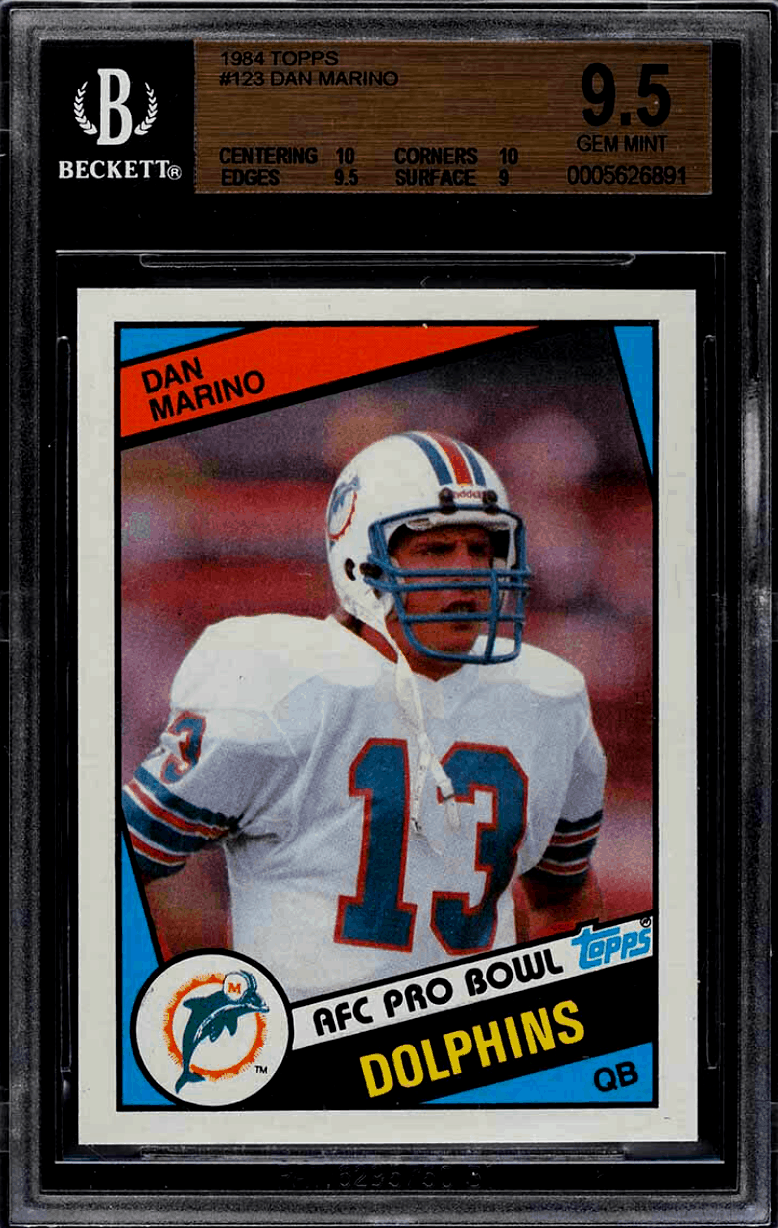 Dan Marino (9/15/61) was drafted by the Miami Dolphins with the 27th pick in the 1st round of the 1983 NFL Draft (home of the draft that features John Elway as the number one pick). The 1983 NFL Draft was loaded with 7 Hall of Famers in the first round alone.

Marino adapted quickly to the league tossing 20 touchdown passes in his first year to go along with a mind-blowing Quarterback Rating of 96.0. In only his second year, he threw for a personal best 5084 passing yards with 48 touchdown passes and a 108.9 QB Rating. It was quickly apparent this kid had some serious talent.

He ended throwing a total of 420 touchdowns to go along with 61,361 passing yards.

The only blemish on his otherwise stellar career was the lack of a Superbowl ring which will forever haunt him in his dreams.

When it comes to his football card there is a real lack of not only Dan Marino rookie cards but Marino football cards in general.

Below is the one rookie card worth owning for Dan Marino fanboys. 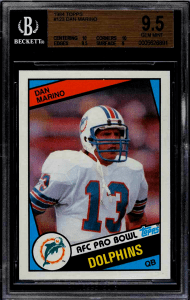 This 1984 Topps Marino rookie card features “Dan The Man” taking the field preparing to onslaught his opponent with an aerial brocade.

Numbered #123 the reverse of the card reads “Dan is a classic drop-back Quarterback with a rifle arm and a quick release. He was accorded all-pro recognition last season and was named to the pro-football weekly all-rookie team. Dan is adept at reading blitz and picking up defenses“.

Somewhat underpriced at high grades considering it is his only rookie card.

Since there is only one Dan Marino rookie card worth buying this card will see a decent uptick year in year out.

If you have a Dan Marino football card you would like us to take a look please email us a couple of photos of the card (back and front) to value@goldcardauctions.com.

The Dan Marino rookie card and football cards are not priced high for a variety of reasons. One, they are printed back in the day of mass production, and two, he never won a Superbowl.

We currently do not own any of his cards and have no plans to pick any up soon.

Having said that if you are determined to own a Marino rookie card (Marino FANBOY?) the 84 Topps card is not a terrible option at current price levels. 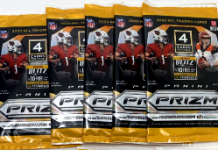 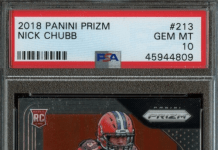