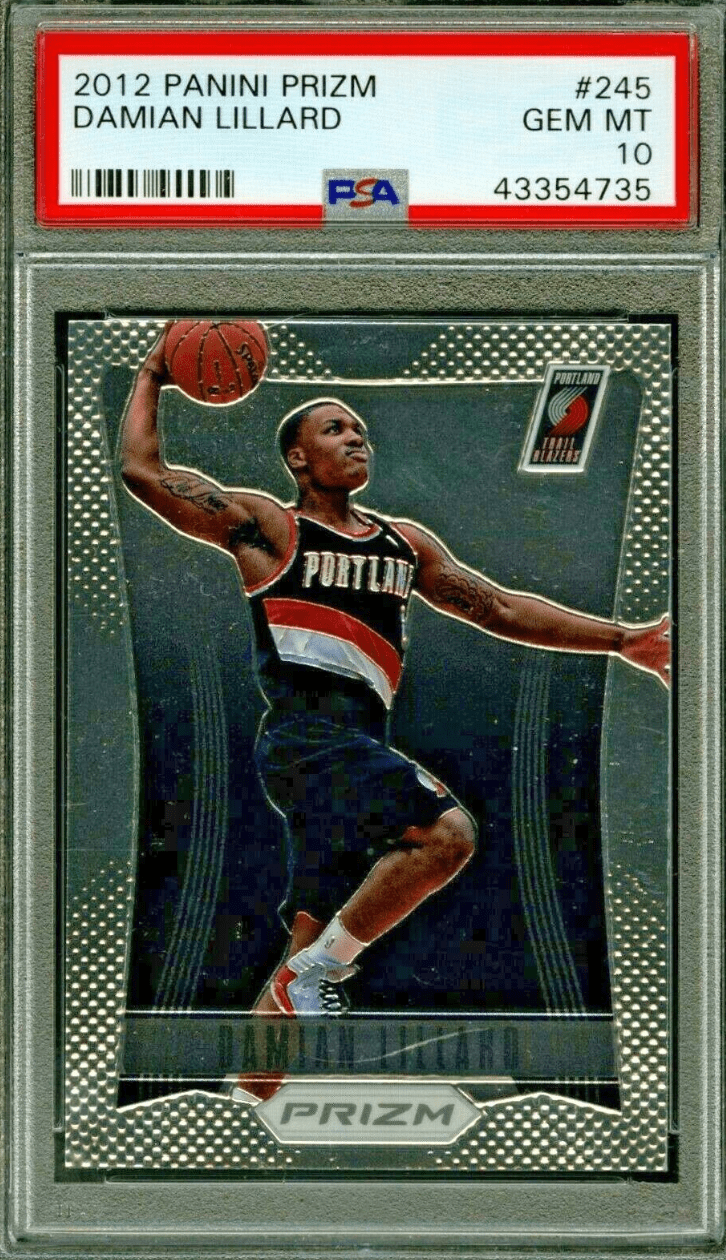 He has become one of the best players (along with the likes of Luka Doncic, Lebron James) in the game, and below are the best Damian Lillard rookie cards from an investment standpoint. 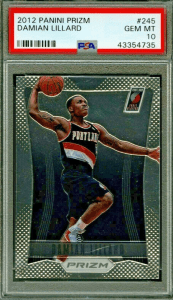 This is his most affordable rookie card with a moderate amount of risk (depending on the Prizm style).

The card features Lillard coming up for what appears to be a successful slam dunk.

This card is numbered #245 and the back reads “Drafted with the 6th pick in 2012, Lillioard should help fill the void at Point Guard created by the offseason departure of veteran Raymond Felton.”

The cards are numbered #100 and the back reads “Trail Blazers fan knew they were witnessing something special in 2012-13, as the first-year guard of Weber St. took the NBA by storm. On April 1 at Utah, Lillard’s season went from incredible to historic as he sank 3 pointers to break the Stephen Curry rookie season record”.

Buy this card if you can afford it.

This card is a good buy for someone looking to spend money without completely breaking their monthly investing budget.

The Damian Lillard Immaculate cards will come with both an Autograph and a Patch.

Expect to spend somewhere between $200 to $500 for this card at a high PSA grade.

We wouldn’t be rushing out to buy a ton of Lillard’s rookie cards but having a few in your portfolio is a good thing.