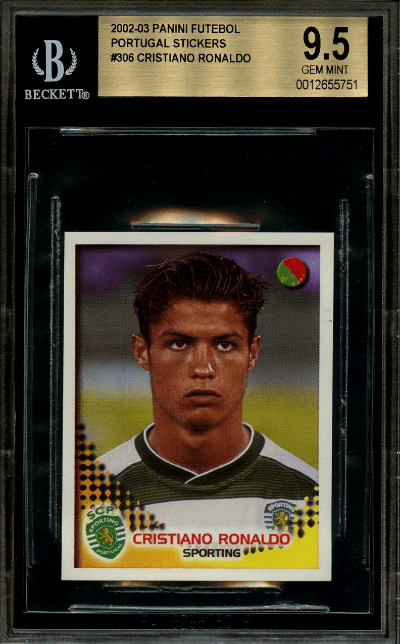 Ronaldo is arguably the best player of the decade and is an absolute goal-scoring machine putting up 20 or more goals in 16 straight seasons and counting.

Let’s look at the best Cristiano RC from an investment standpoint. These cards should be as good as gold 20 years from now. 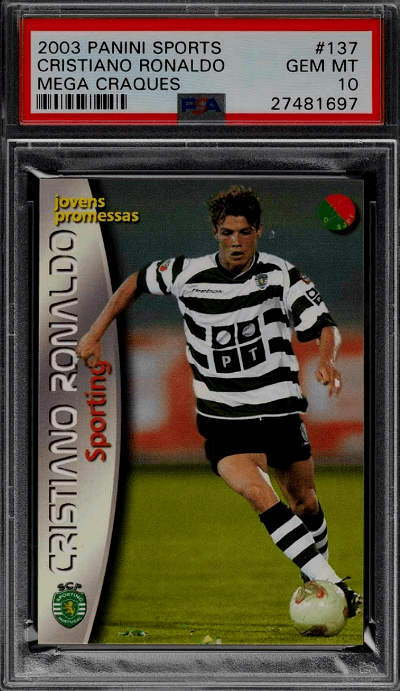 If you have dreams of owning the 2003 Cristiano Ronaldo Panini Sports Mega Craques rookie card at high grades you better come a packing as it will cost you a pretty penny.

Numbered #137 the card shows a young, baby-faced Cristiano dribbling the ball downfield while looking for the open pass or shot on net.

His name is centered on the left side of the card while the team logo is placed in the bottom left corner… a great-looking card that required a great-looking bank account.

Numbered #306 the card shows a close-up photo of Cristiano Ronaldo yearbook style. His name is centered at the bottom in red while the Sporting Portgual logo is placed in the bottom left corner.

Not nearly as expensive as the Panini Sports Mega Craques rookie card, making it an ideal investment for investors with a nice but not huge bankroll. 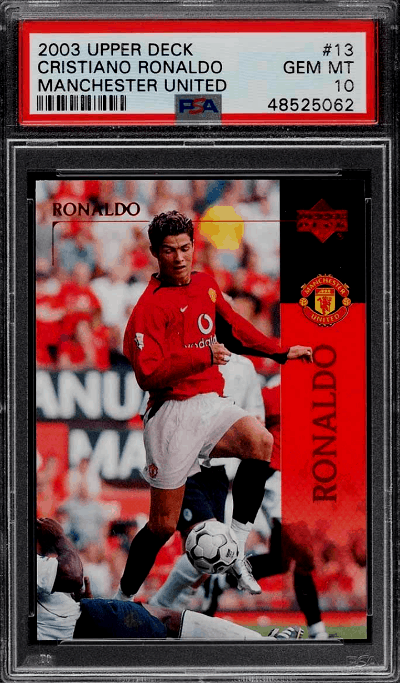 Numbered #13, the card shows Cristiano in his red Manchester United jersey while trying to take on the ball from a defender.

His last name (Ronaldo) is placed on the center-right side of the card and on the top right… the Upper Deck logo is plastered in the top right corner. Another solid card for investors with a mid-sized bankroll. 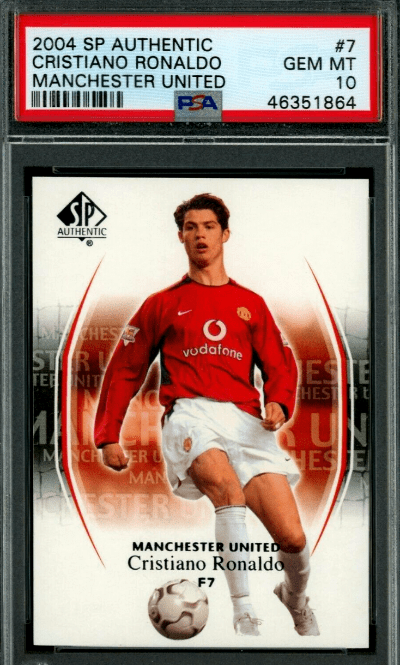 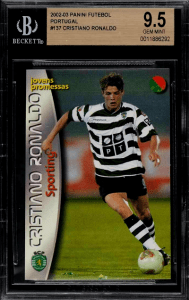 If you are looking to purchase a Cristiano Ronaldo rookie card but need advice? Email us at advice@goldcardauctions.com or DM us on the Gold Card Auctions Facebook Page.

Buying a few Cristiano Ronaldo rookie cards is a BIG must and to be honest, is a slightly underrated investment as soccer (football) is just now starting to catch on in the United States.

If soccer gets a foothold in the US, expect the best players’ rookie cards to have an excellent/superior ROI over the next 10 years.