He might not be the biggest or the strongest in a league of giants, but 6’1 Collin Sexton (01/04/99) is an exciting player who continues to put up good numbers for the Cleveland Cavaliers.

He’s their current PPG leader, and also ended last season with the highest average tally. It’s not a bad return for a player who only turned 22 in January. Collin was drafted by the Cavs with the 8th pick in the 1st round of the 2018 NBA Draft and he is looking like a pretty darn good pick as he develops into one of the better guards in the league.

Here’s a list with three of the best Collin Sexton RCs, along with investment advice during a season in which more collectors are beginning to take notice of his talents.

Given his recent form for the Cavs, Sexton RCs are a hot item at the moment. Here’s a trio of the best cards from an investment perspective. 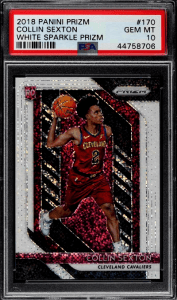 The base 2018 Panini Prizm release is one of the most popular Sexton RCs, despite the lack of an auto or a player patch. It features a great lined action shot of the player with a ball gripped in one hand, and you’ll find an RC logo in the top left corner.

The majority of the attention from buyers is paid to the rarer parallels, of which there are many. PSA 10 copies of anything with a print run of 99 or less is going to cost a significant amount to add to your collection. 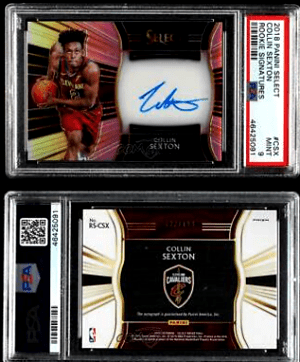 The 2018 Rookie Signatures Prizm subset is what we’re looking at next. The most affordable option to make the list, it’s found in the same release as the card seen above. This time, there’s a signature, which is of the stickered variety. (Hence the lower asking price.)

Saxton is featured in an action shot as he charges to the rim like a mad man. It’s a solid entry-level piece and could see good margins in the future. 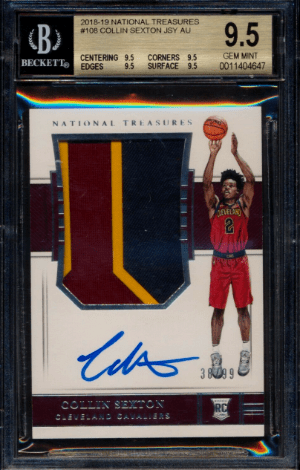 Lastly, Sexton’s 2018 National Treasures RC is arguably the cream of the crop. Unlike the card seen above, the autograph is hand signed, while the inclusion of a large player patch has caused interest to increase over the past few years.

The most prestigious card to make the list, options from the NT brand are always great investments if you can snag a copy for the right price. In terms of overall quality, it’s our pick of the trio. Watch out for the following rare parallels: 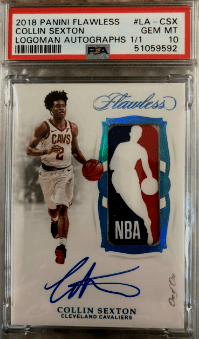 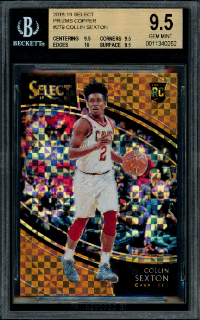 Sure, he doesn’t assist much, and he still has improvements to make. There aren’t many 22-year-olds who happen to have it all at such an early stage of their career.

“For now, he’s moving in the right direction, and is becoming an integral part of his Cavs team.”

He has so many good RC options to choose from, including cards that didn’t make the list like his Panini Opulence, or his 2018-19 Contenders release. It’s slightly risky, but it’s an investment that could pay off in a year or two if he keeps up his status as the PPG leader.

In that case, there’s no better time to buy than right now.

What is the most expensive Collin Sexton Rookie Card?

What is the most popular Collin Sexton rookie card?

When was Collin Sexton's rookie year?

How much is a Collin Sexton Prizm rookie card worth?

A base Collin Sexton Prizm RC graded PSA 10 is worth between $250 to $350. Please email us at value@goldcardauctions.com for more information.