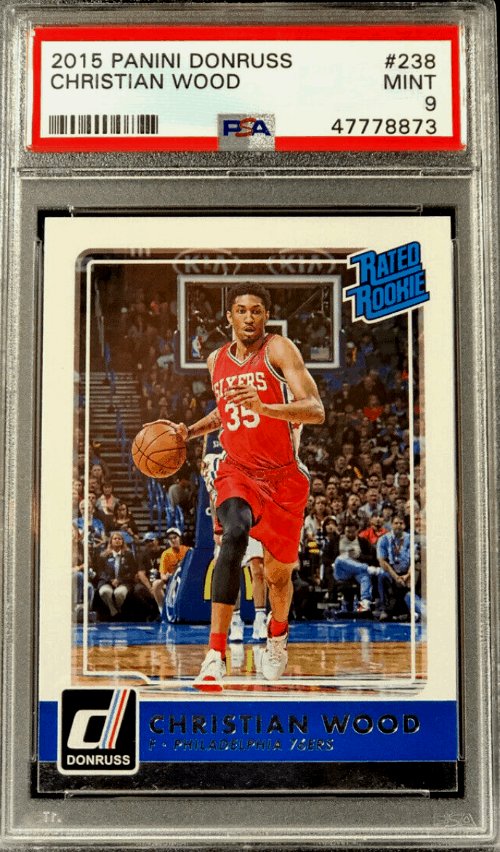 His rookie cards can be had on the super cheap being basically a nobody for the first 4 years of his NBA career… but should you buy the early season hype?

Let’s first check out the top 3 Christian Wood RCs from an investment perspective. 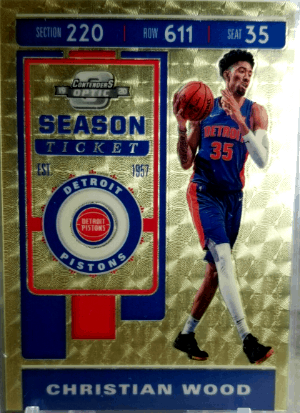 The Christian Wood Panini Optic Contenders rookie card is available in a variety of parallels and shows Wood taking the ball upcourt with a somewhat annoyed look on his face… it almost looks like he is bothered by having to get up off the bench and play.

Numbered #4 his name Christian Wood is centered at the bottom while his photo is placed on the right side of the card.

Next up we have the Christian Wood Donruss Rated Rookie card that shows him once again dribbling the ball up the court but in a more aggressive manner. He is decked out in the red Sixers home jersey with a black knee sleeve strapped to his right leg.

Numbered #238 the card placed his name and team name at the bottom in blue right along with the Donruss logo. The classic Rated Rookie logo is stamped in the top right-hand corner. 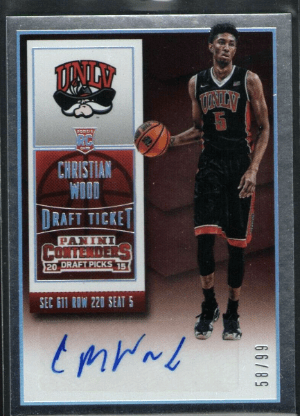 The last card on the list is an autograph for all you auto hounds out there. The Christian Wood Panini Contenders Draft Pick Foil Autograph card is numbered #99 and shows him lazily dribbling the ball up the court but this time in his college UNLV jersey.

Only 99 of these cards were produced which makes it a pretty good investment for those who think Wood is on the verge of stardom. His auto sits at the bottom left of the card. 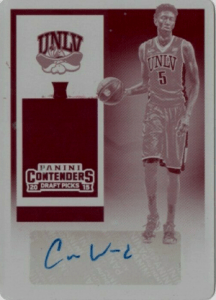 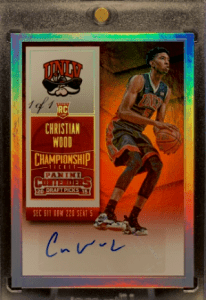 If you are looking to purchase a Christian Wood basketball card and would like advice please hit us up at advice@goldcardauctions.com.

Mr. Wood is off to a hot start in 2020-21 averaging 23.6 points through 5 games with the Houston Rockets. The hot-start has started a lot of buy low talk in regards to his rookie cards and he was by far the most popular in terms of the emails we received the last weeek.

But the big question is can he keep it up?

We like Christian Wood and think he is a nice player but by no means do we see him busting out his superstar sword. We could be wrong but we see him averaging 14 to 16 ppg (we would be shocked to see him keep up his current 23 ppg).

What do you think? Are we way off on this? Comment below or join the conversation of the Gold Card Auctions Facebook page. 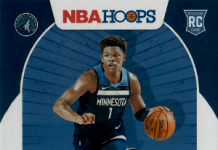 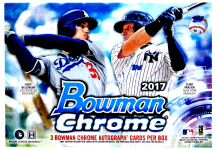 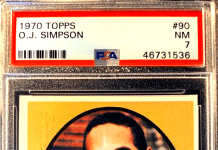 I mostly agree with you…I think with Wood playing with both Harden and Wall, he’s a solid 3rd option, and will have some games, that are quite impressive. Wood might be, a better version of last years, TJ Warren