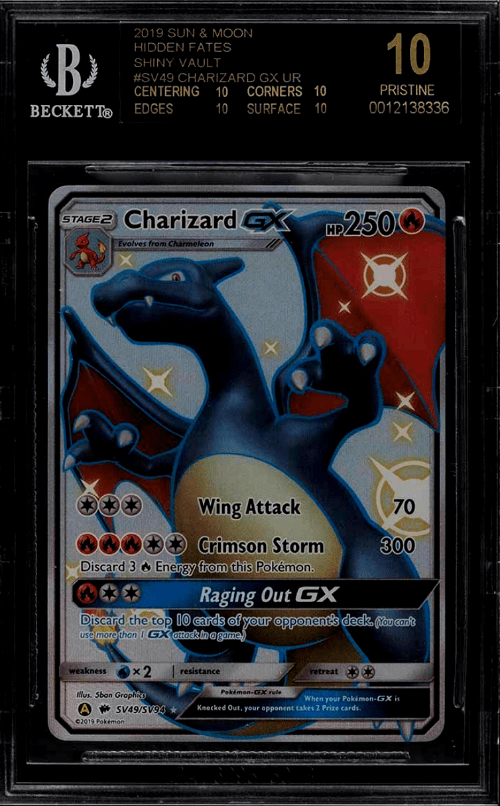 For anyone who can remember when there were only 151 Pokemon, Charizard was the key to the set and coveted by children worldwide as the craze took over in 1999. Nobody seemed to know how to actually play the game, but it was easy to collect and compare cards with other kids.

UPDATE: Just a few days after we published this article the legendary Charizard Pokemon Card sold for a mind-blowing $183,000 at auction… the buyer was not some nerd either… it was bought buy the rapper Logic (no joke!).  The Charizard Pokemon card is a legend and second only to Pikachu in terms of overall popularity according to POKEMON FANBOYS. 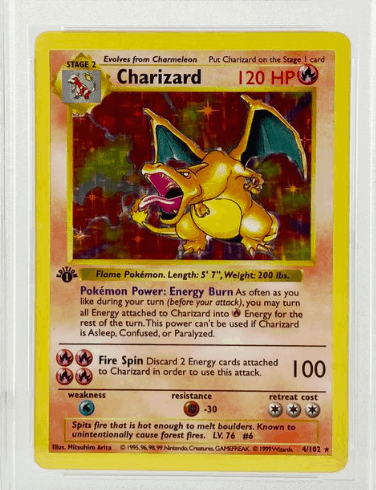 We’ve looked at a mix of options, from the best of the best to more affordable copies that still have good potential for profit in the future. We’d stick to graded cards when possible, especially considering the number of fakes on the market. (This is especially true for the 1999 version.)

We’ll start off with one of the most famous Pokemon cards ever, from the original 1999 set. 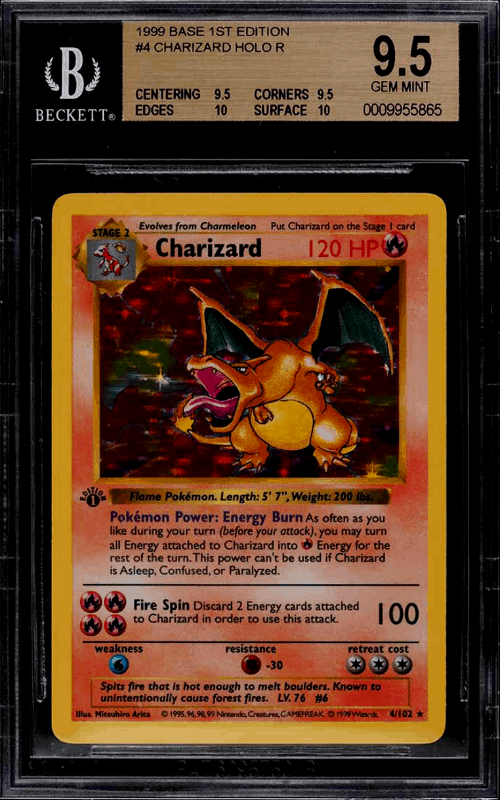 The big one, this was by far the most popular card of the original 151. Charizard was a major part of the anime and had one of the strongest attack ratings at 100. The orange card has a small image of Charizard at the top, with the Pokemon surrounded by chrome flames which give it an iconic look.

It’ll have a small label on the left-hand side, noting it as a Base 1st Edition copy. Many have been lost or destroyed over the past two decades, so gem mint versions are worth a significant amount, especially compared to later editions. 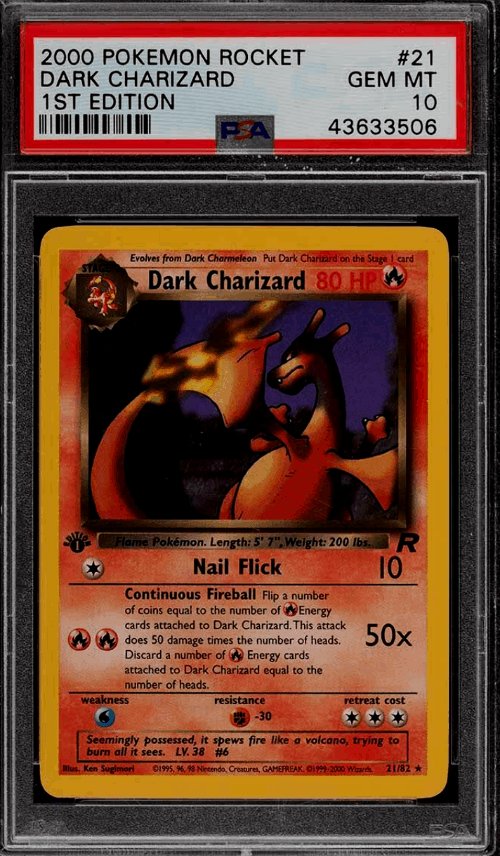 Despite being a non-shiny, Dark Charizard is a Team Rocket affiliated release that still commands a notable price tag. Released in 2000, the Team Rocket 1st Edition set contains an evil version of Charizard, used by the antagonists.

It has the same card format as the release above, although this time the Pokemon has his back turned, staring at you out of the corner of his eye. As always, mint versions and above are the best investment pieces. 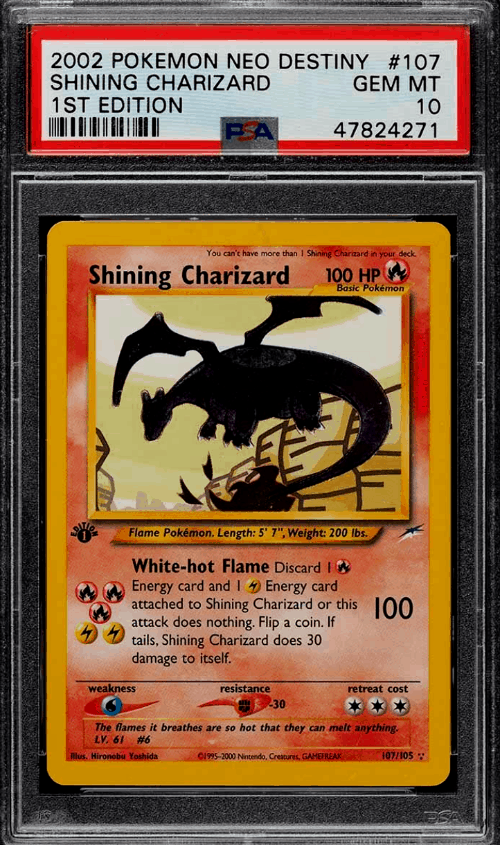 The Shining Charizard is another variation, this time from the 2002 Neo Destiny release. As with the original, it’s a first edition card, which is denoted by a star found on the right of the card name. It also has a Base 1st Edition stamp towards the middle.

Fast forward 17 years, to the Sun & Moon Hidden Fates release. You can see the power creep, as the Pokemon now has a 300 damage attack, along with 250 HP. The image of Charizard takes up the entire card, and PSA 10 versions will sell for a four-figure fee. 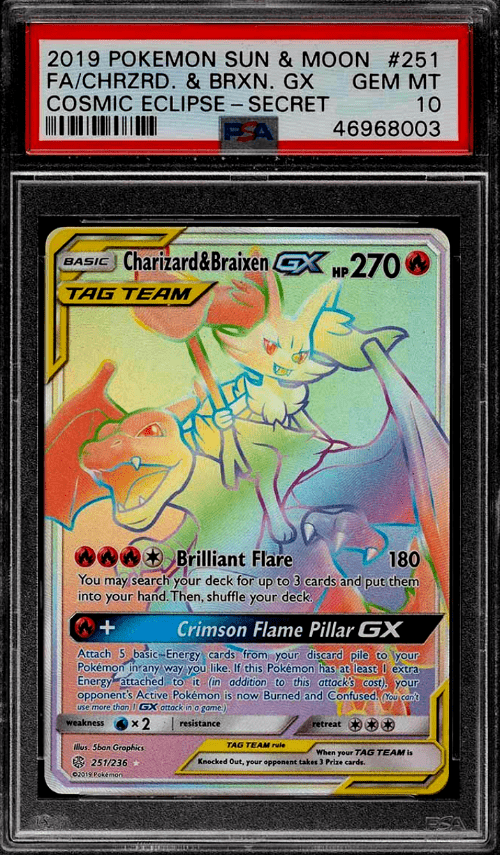 This card typifies the evolution of Pokemon cards over the years, with a modern feel to this ‘tag-team’ edition. The giant fire lizard is joined by Braixen, in a beautiful holo release that features an illustration of the duo together. 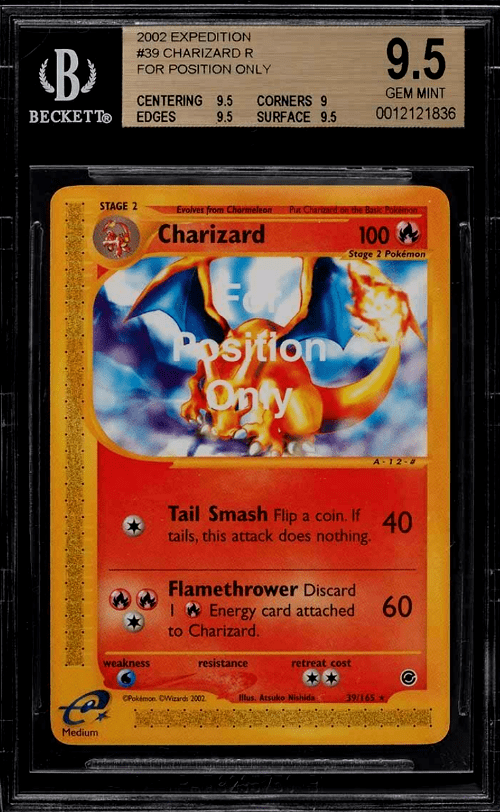 If you are thinking about buying some Pokemon Cards but need advice we can help… email us at advice@goldcardauctions.com with what cards your interested in and your budget… we will advice which cards are best based on your preference and amount of money your looking to spend. 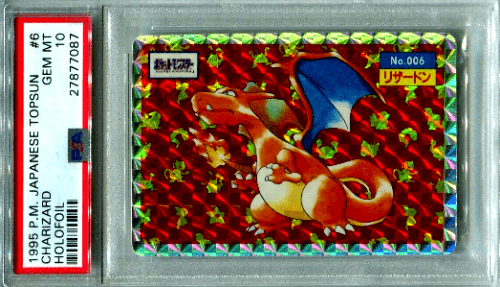 Why is the Charizard card so expensive?

Two words; rare and popular… the card is a living legend among Pokemon collectors and its iconic… the Charizard has to be one of the game’s mascots.

How many Charizard cards are there?

According to people in the know there are 1000 Charizard Pokemon Cards but very few are at high grades (i.e. PSA 10 or BGS 9.5). 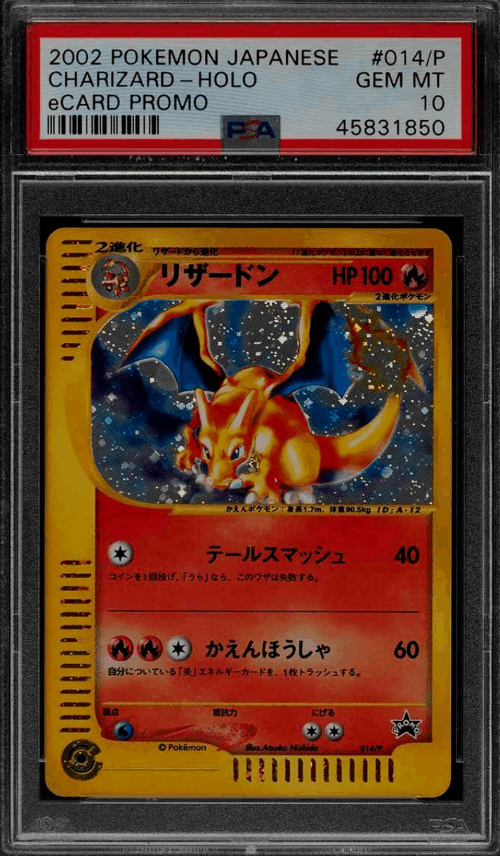 The investment outlook for Charizard cards is the same as it’s ever been. They’re worth a massive amount when looking at 1st edition versions, and they need to be mint or above. If they fulfill those conditions, there’s a good chance of profit in the future.

Whether it’s Dark, Shiny, or part of a tag-team, you can do far worse than everyone’s favorite fire Pokemon.

How much is a Charizard card worth?

A Charizard card can be worth a few hundred to a few thousand depending on the grade and card. For an estimated value please email us at value@goldcardauctions.com.

Why is Charizard card so expensive?

The Charizard card is so expensive because it is so rare and scarce.

What is the rarest Pokemon?

What is the rarest shiny Pokemon?

The rarest shiny Pokemon card is the Shiny Party Hat Nidorino and the Shiny Woobat card. 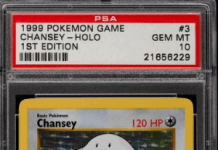 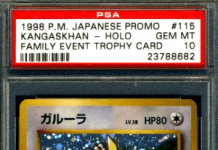 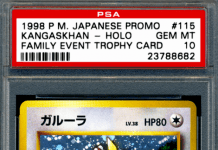 Can you give me a Charizard cared for free

Where can I sell mine?

I dont want to type name