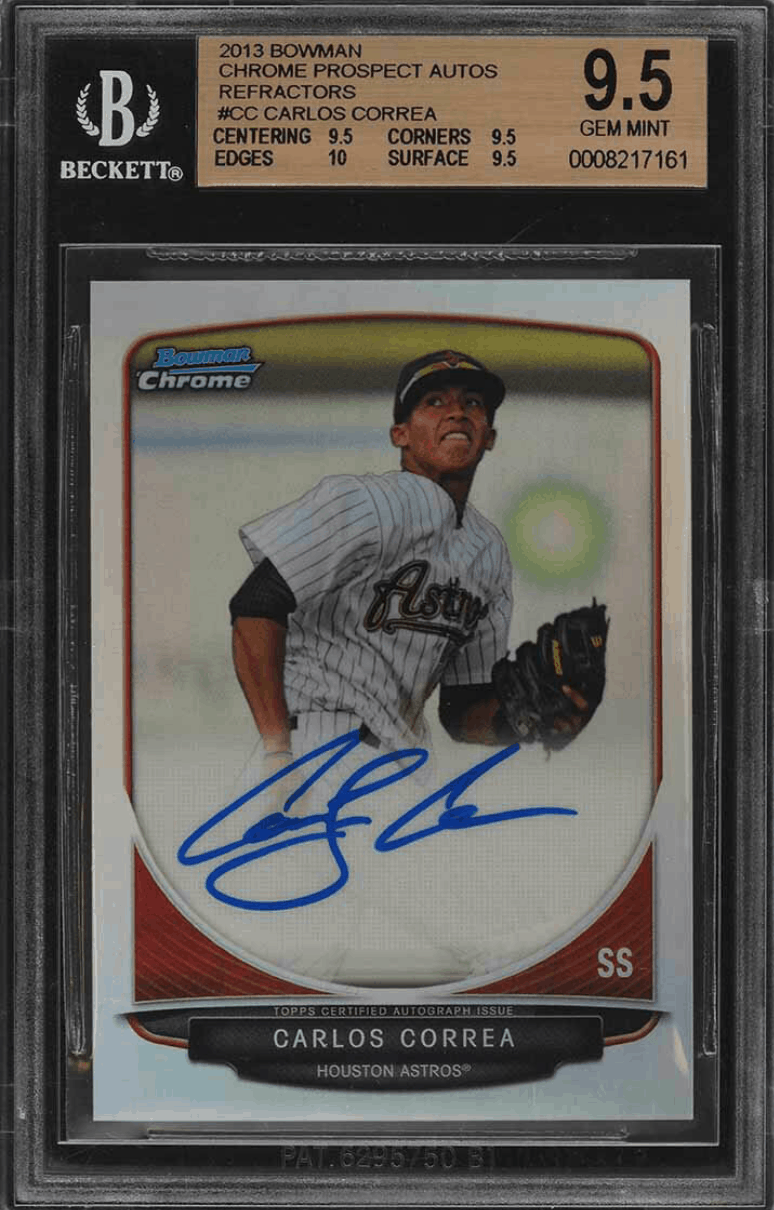 Carlos Correa (9/22/94) is a shortstop for MLB team Houston Astros.

He was the first pick in the 2012 MLB draft and was named as the AL Rookie of the Year as the Astros reached the playoffs in 2015.

Correa is an MLB All-Star and won the 2017 World Series with the Astros.

Despite a slight slump in more recent years, he’s still a quality player with a long career ahead of him. Here’s a look at some of his best cards for investment purposes.

This entry-level card is one of the more affordable on the market, although it’s nowhere near as fancy as many of the others. 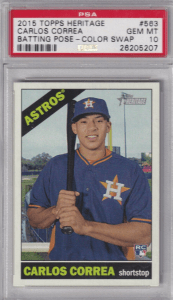 It shows Correa on the field, doing what he does best.

The 2015 version should be fairly easy to find if you need to add it to your collection.

A few years older than the previous edition, this 2013 version is his first signed card in a Houston Astros jersey. He’s about to catch a ball in the image. 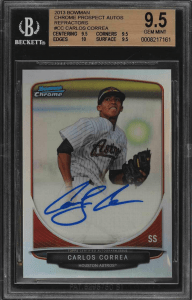 Fully certified, expect to pay at least $400 as long as you see Correa’s signature at the bottom.

It’s a good long-term investment, especially if he adds a few more World Series wins in the future.

This card comes with a certified signature across the front, although Correa is wearing the Perfect Game uniform instead of his usual Astros kit. 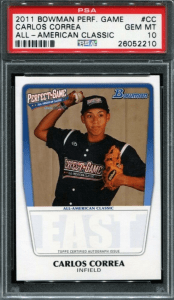 The perfect game version is highly sought after, so you’ll need to be ready for a bidding war if you’re looking on eBay.

Correa has picked up a number of injuries in 2019, including suffering a fractured rib while receiving a massage at home.

The freak accident happened midway through a strong season, but it’s more time spent on the sidelines.

His injury record is a legitimate worry, although he has enough natural talent to get big numbers when and if he has a run of games.

Read More… Why we like the Yordan Alvarez Rookie Card