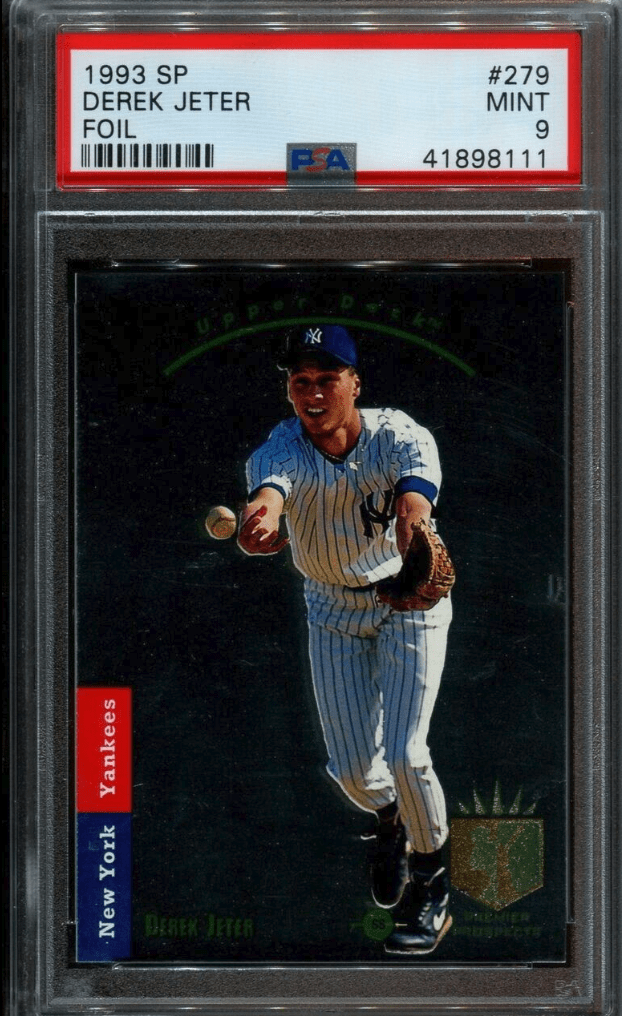 Derek Jeter is a 14-time All-Star pick, has five World Series rings, and he’s one of the most popular baseball players in recent history.

The Yankee captain’s 20-year career came to an end in 2014, and he later went on to become the Chief Executive Officer and part-owner of the Miami Marlins.

The popularity translates to all of his rookie cards, which are starting to gain traction with collectors and investors following the news that he’s certain to enter the 2020 Baseball Hall of Fame.

Here is a trio of reasons why now is the time to invest if you’re looking to pick up a couple of Derek Jeter rookie cards, especially before prices increase any further.

The Baseball Hall of Fame is a big deal, and entry is likely to boost his rookie card prices across the board in a major way.

It’s decided by the Baseball Writers’ Association of America, and Jeter looks to be the obvious choice for the 2020 ballot. (A player or coach must have been retired for at least five years to be eligible.)

They’ve added 20 players in the last six years which slightly dilutes the prestige of joining, but Jeter will still be in a highly esteemed company.

Typically, the move will also see a slight bump in his rookie card prices after the announcement is made, and they’ll continue to rise if he appears on over 90% of the ballots.

There’s also talk that he could be the second-ever unanimous selection, following in the footsteps of former teammate Mariano Rivera.

If Jeter is a unanimous selection into the HOF his rookie cards will explode in value.

There’s no way he doesn’t make the Class of 2020, and a unanimous selection will only make his rookie cards more expensive in the long-term.

There’s also a good chance that he will be the only player to make the cut in 2020, so he could be formally inducted on his own in Cooperstown.

It’ll definitely have an impact on his rookie card prices, which are already beginning to rise when you look at online auctions.

Jeter is undoubtedly one of the greatest baseball players to grace the field, but he only retired a few years ago.

Regardless, the average price of his cards are already starting to increase, and that’s before you begin thinking about external factors.

A mint edition of his Mirror Gold card went for over $200,000 at auction midway through October, showing just how serious collectors are when it comes to the high end.

The prices are enough to make the news, and that’s without the typical bumps that come when a player dies, or when they hit the headlines for the wrong reasons.

There’s little chance of either happening to Jeter anytime soon, which is why the increases are worth keeping an eye on.

Jeter consistently performed for one of the greatest baseball franchises in history, and while he was divisive during his career, he never played in fewer than 148 games in a year.

Better still, he spent his entire career with the New York Yankees, which is becoming uncommon, especially with the very best players and top teams.

His stats speak for themselves, and he’s picked up everything from five Golden Gloves to Sports Illustrated‘s Sportsman of the Year award over his illustrious career.

From deals with Nike to his time with the Marlins, he’s never far from the public eye, and that’s also good for the average price of his cards.

Joining the Hall of Fame will only be the latest step in his legacy, which stands to be looked at more favorably over time.

After all, he’s a living legend that only retired a few years ago, with his career fresh in the memory for many fans. Nostalgia will also help to boost his prices in the long term, and that’s especially true for Yankees collectors that want a little piece of history.

What Derek Jeter Rookie Cards Should You Buy?

If you’re looking for a more affordable card to invest in, the Jeter 1993 SP version is always popular at auction.

Please check out our Derek Jeter Rookie Card write up to get our best Jeter rookie card picks.

An 8.5 goes for roughly $300, which is a great price for one of the most iconic rookie cards in baseball. (However, the foil background makes it difficult to find a copy in top condition.)

The Derek Jeter 1993 Topps Gold #98 is another decent investment option, with a 9 selling for around $150. An elusive 10 will go for just under $1,000, so there’s a lot of room to maneuver depending on your budget.

The 1993 Derek Jeter Stadium Club rookie card is also another great buy for the long and short term.

Excluding parallels, there are just eight Jeter rookie cards available, which causes further inflation as some are inevitably lost over time.

This means that the market isn’t packed to the brim with excess cards, and they always sell at auction easily.

That does mean you’re likely to face significant competition when it’s buying time.

‘Captain Clutch’ should be able to provide the goods once more if you hold on to his cards, and it does seem like now is the best time to buy (before his Baseball Hall of Fame Introductory).

Investors have probably started hoarding his rookie cards in time for the HoF induction, but there’s still a window of opportunity before prices rise to crazy levels. 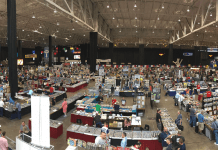 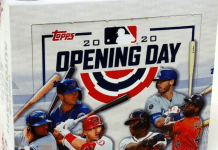