Brendan Rodgers is an infielder who was drafted third overall by the Colorado Rockies in 2015. He made his MLB debut in March 2019, going on to record 25 games over two call ups before his season was cut short due to a torn labrum in his right shoulder.

The injury required surgery, but the player is back and raring to go heading into the 2020 season.

Here’s everything you could possibly need to know about three of Rodgers’ top rookie cards, including an investment report as he aims to improve on his disappointing first year in the majors.

Originally drafted in 2015, Rodgers has a range of prospect cards from the early years. His official RCs come in 2019, so you’re spoiled for choice. 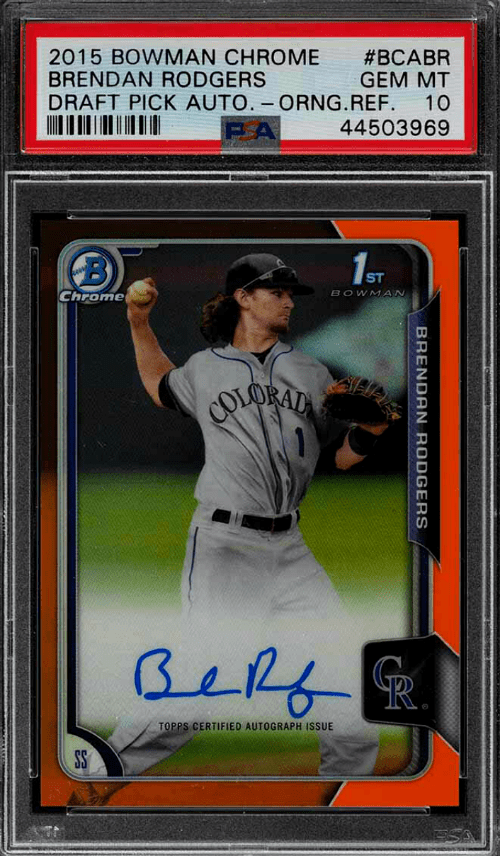 We’ll start off with the most popular Rodgers RC that you’ll find on the market. Released in 2015, the Chrome Draft Pick Prospect Autographs set is his ‘1st Bowman’ card. There’s a strong action shot of the player, with his body contorted as he prepares to pitch.

The addition of an on-card auto (signed in blue ink) is what helps to drive the majority of interest, while there is a range of Refractor parallels which serve to ramp up the price. They change with the border color, making them easy to distinguish. 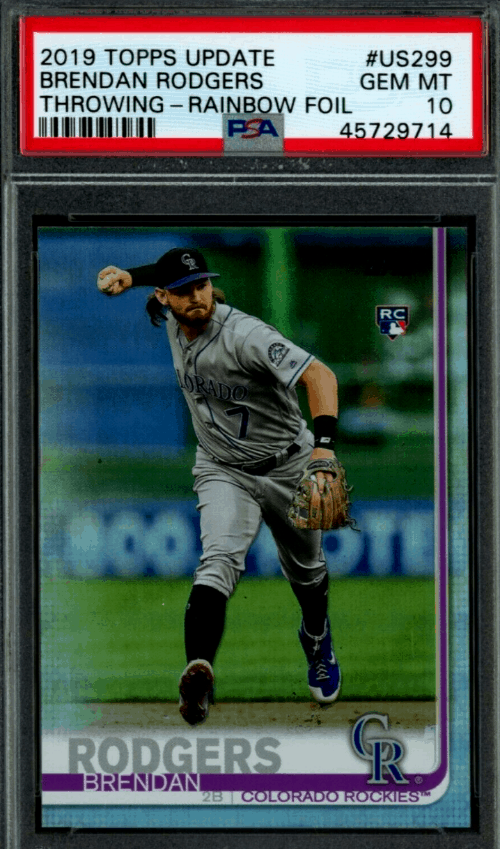 Fast forward to 2019, and we’re looking at a premium release in the form of his 2019 Topps Dynasty card. It features a profile shot of Rodgers with a bat slung over his shoulder, along with a sharp on-card auto located underneath. There’s a separate segment on the left to allow for game-used memorabilia, while the black and white design fits in well with his Rockies uniform.

As it’s a 2019 card, you’ll find an RC logo at the bottom, and the base version is limited to just ten copies. There are also a couple of rare parallels which we’ll list below. 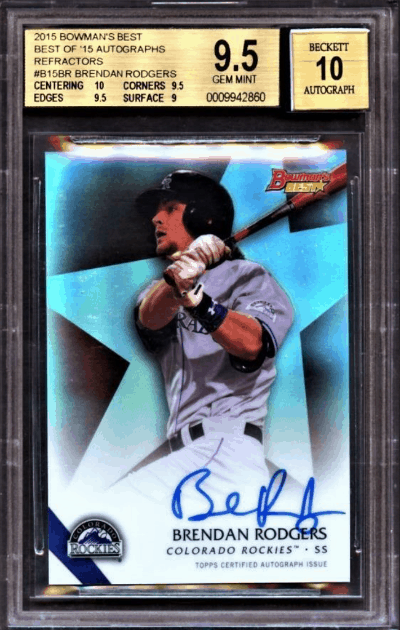 Rodgers’ 2015 Bowman’s Best card is another early signed card, and the most affordable option to make the list. It features an image of Rodgers after a successful swing, with a simple star background that matches his uniform color. The base version is slightly washed out, which is one of the reasons why refractor parallels are so popular.

They also have low serial numbers, so they could be a great investment piece if he manages to improve on his average rookie season.

One noticeable difference since the shutdown is that Rodgers is bigger and stronger than he used to be, so he obviously hit the weights during his time off. Despite being the team’s top prospect last year, he only managed a .224 average, and the injury needed significant time to rehab properly.

Rodgers seems to have taken the opportunity to rectify any issues, and weight training should help him to avoid further shoulder problems in the short-term. He said that he dedicated ‘five or six days a week purely to baseball and weight training’ during the lockdown, so we should see the results of his hard work soon.

Given his mixed first year as an MLB player, it’s fair to say that his rookie cards haven’t picked up as investors might have hoped. However, he was injured for much of 2019, and 2020 won’t be the best season to judge a player due to the limited game time he’ll get as coronavirus reduced the season from 162 games to just 60.

Overall, Rodgers’ rookie cards are probably best seen as a mid to long-term investment, as you’ll have to wait until he’s given the chance to shine in what is going to be a difficult year to earn opportunities.